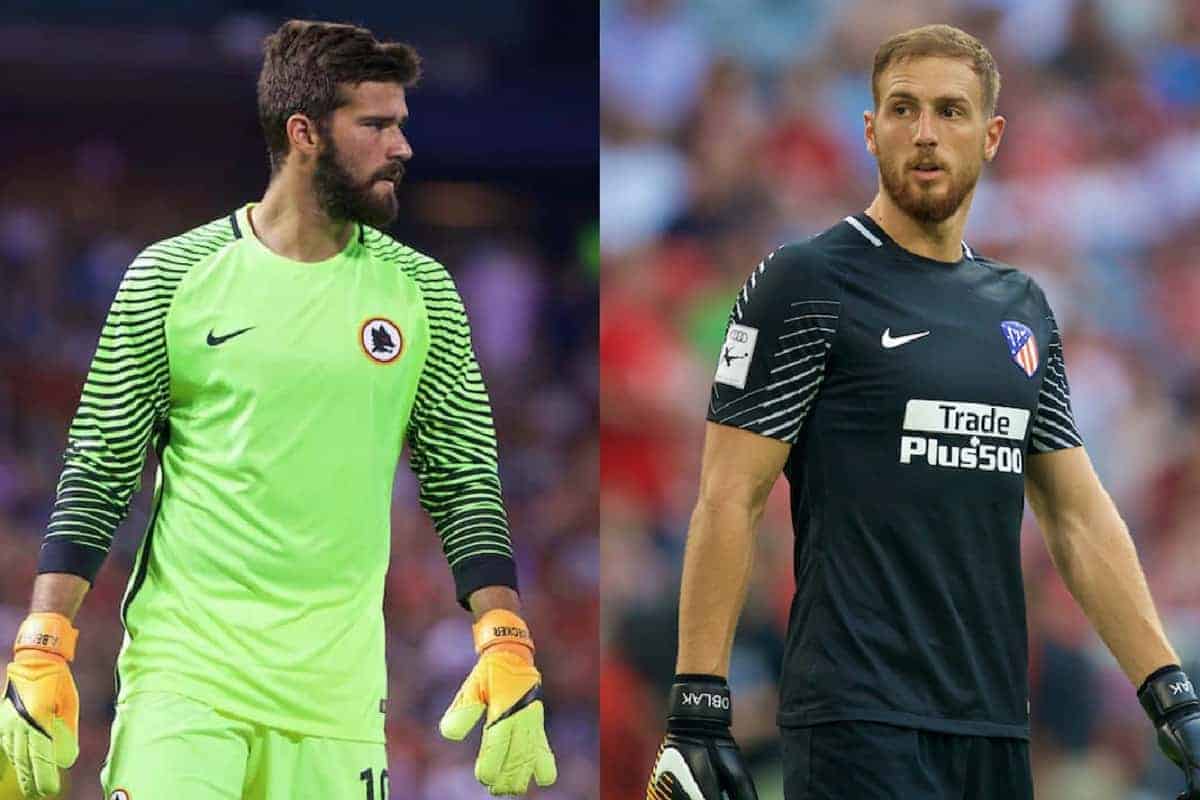 Liverpool are to step up their commitment to signing a new goalkeeper this summer, with two European heavyweight names high on the wanted list.

The Reds were always likely to move for a goalkeeper this summer, with Simon Mignolet expected to depart having lost his status as No. 1 of the club.

Loris Karius and Danny Ward remain, but the latter’s future is unclear after barely being called upon this season.

Jurgen Klopp is known to rate him, but game time has been scarce despite the mid-season rotation between Karius and Mignolet.

Karius himself had earned a shot at being the long-term stopper, but the Mirror‘s Dave Maddock reports that his Champions League final nightmare means the club’s “search will intensify” for a new No. 1.

The list of goalkeepers the Reds may go for remains a reasonably long one, but two names stand out as genuinely elite.

AS Roma’s Alisson has been linked in on-off fashion with the Reds all season long, and still appears high on the list of possibilities. However, relations with his current club are perhaps not the most ideal for sorting a big transfer this summer.

Liverpool snared Mo Salah a year ago for £35 million, a now-ludicrously low fee, while also beat Roma in the Champions League semi-finals.

It seems unlikely they’d allow Alisson to depart for anything less than £70 million in any case, and a premium could be attached to his price when it comes to dealing with the Reds. Oblak has established himself as one of the very best goalkeepers in the world in his time at the Vicente Calderon—and the Wanda Metropolitano, as of this season—and his consistency is as impressive as his technique.

The Slovenian has won the Zamora award three years running in La Liga, the prize given to the goalkeeper with the best goals conceded per game ratio.

This term he helped Atletico to win the Europa League and finish second in the Spanish top flight.

Interestingly, El Confidencial published a report just a few months ago suggesting board members at Atletico wanted to sell Oblak this summer for his release price, while the club president was under the impression he had renewed his contract—he hasn’t.

Further down the list of goalkeeping talent named as interesting the Reds, Timo Horn and Alex McCarthy appear.

The Koln stopper is unlikely to leave however, despite being relegated from the Bundesliga. He has already committed to helping the side return next year. McCarthy, at Southampton, is considerably less-talented than the two heavyweight names on the list, while the Reds have also had transfer battles aplenty with the Saints in recent seasons.

Regardless of the name, a new face to compete for the goalkeeper spot seems a certainty for the Reds this summer.

Karius will still be given the backing he needs to recover from his Kyiv nightmare, and rightly so, but the competition will be even more fierce and consistency ever-more vital.

Just how it should be, as Klopp continues to lead the Reds back toward the top.