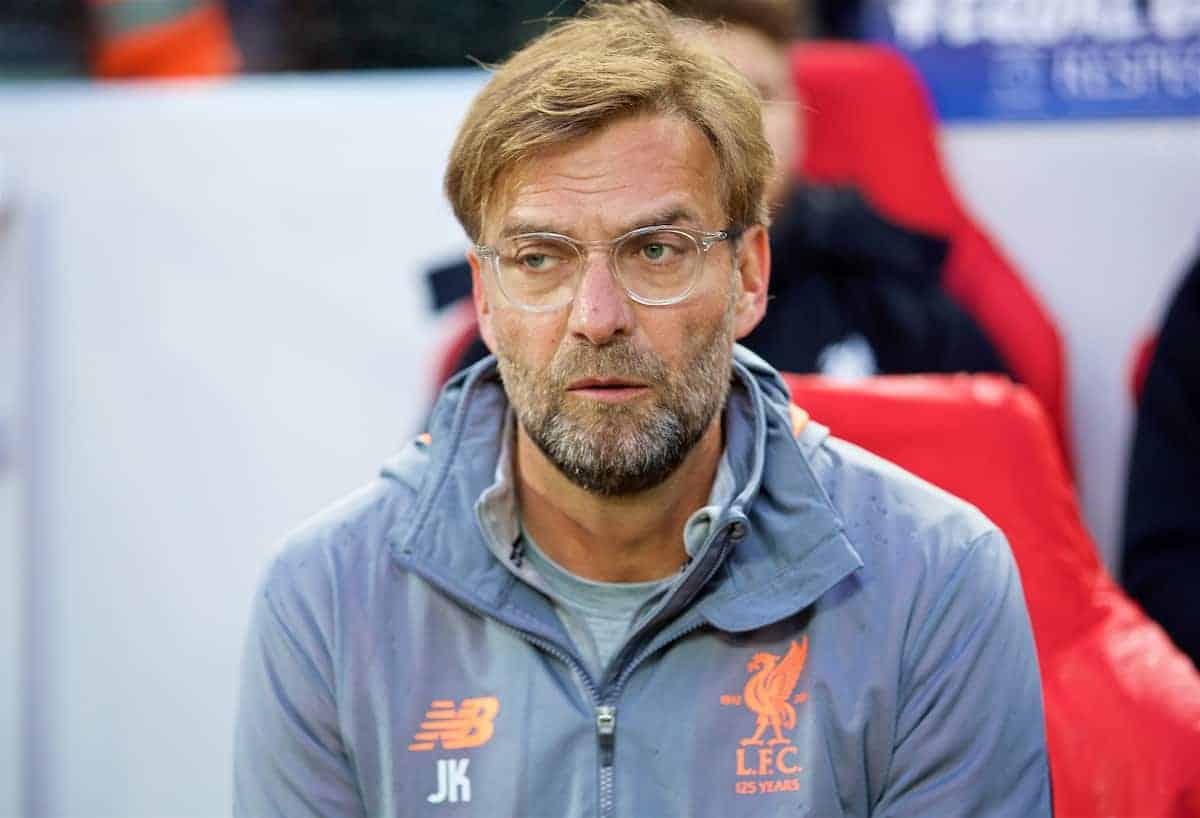 Jurgen Klopp says having a week to prepare for Sunday’s Premier League clash with Brighton is exactly what the team needed.

The Reds have gone through a gruelling run of fixtures of late, with last weekend’s 1-0 defeat at Chelsea their ninth match in 31 days.

Both Premier League and Champions League games have come thick and fast, but no midweek game before the visit of Brighton has been very welcome.

The players were given Monday and Tuesday off after the Stamford Bridge loss, before returning to Melwood on Wednesday morning.

Speaking in his pre-Brighton press conference on Friday, Klopp admitted it was just what the doctor ordered, allowing individuals to find freshness and fitness ahead of the final day of the league season: “A week off was exactly what we needed.

“We had a few players with some problems and had time to recover. We still have two days and that should help us.

“It would have been difficult to play during the week.” Liverpool need just a point at home to the Seagulls to finish in the top four this season, as they look to finish their domestic campaign in style.

The Reds are also seeking to end the season unbeaten at Anfield.

Chelsea, meanwhile, make the trip to Newcastle knowing they require a win to have any chance of stunning the Reds, but hopefully that game should prove meaningless.

The players will then have a fortnight to prepare for the much-anticipated Champions League final against Real Madrid on May 26.