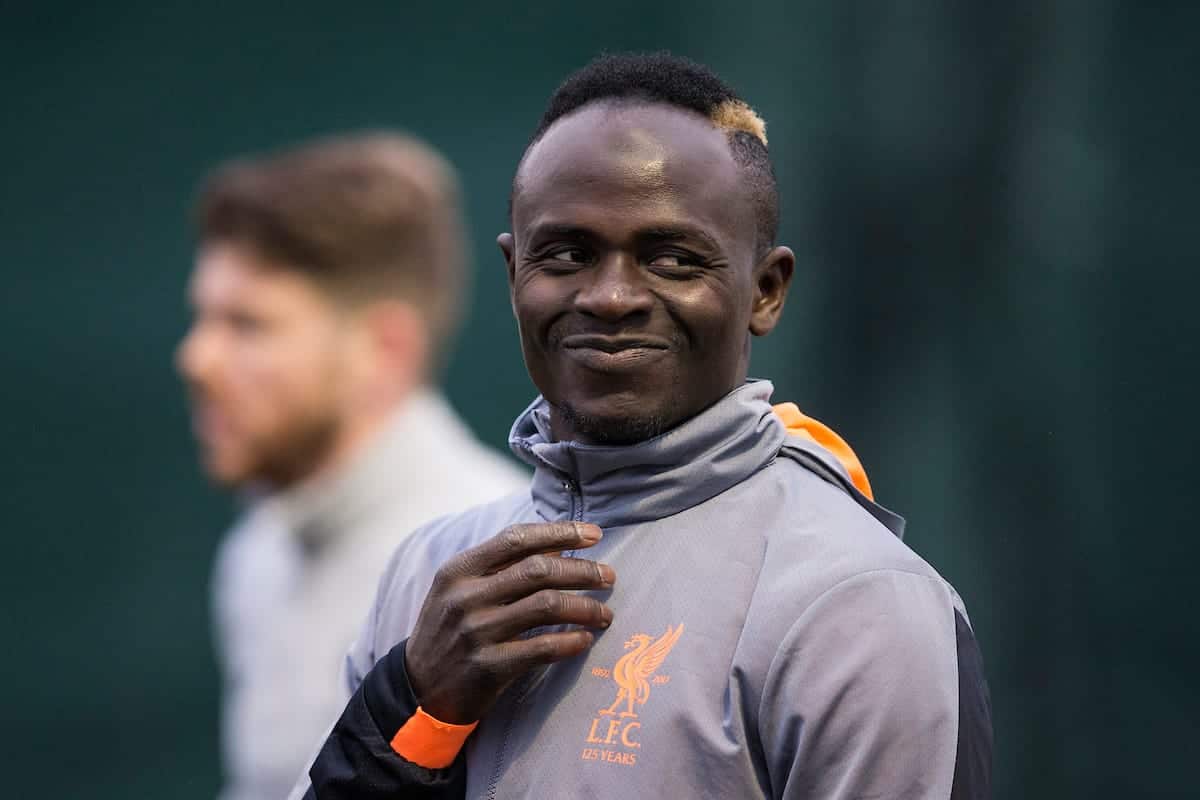 Liverpool winger Sadio Mane has returned to training after a minor injury, and is expected to be available for Wednesday’s clash with Roma.

Mane missed Saturday’s 0-0 draw at home to Stoke City with Jurgen Klopp insisting he would be available for the semi-final decider in midweek.

While the manager’s assessment of injuries often proves overly optimistic, this seems to be the case as the Senegalese joined the squad at Melwood this week.

According to the Mirror‘s David Maddock, Mane is “ready to face Roma,” with the 26-year-old likely to start alongside Mohamed Salah and Roberto Firmino in attack.

This relieves Klopp of one injury problem, with Joel Matip, Emre Can, Adam Lallana and Alex Oxlade-Chamberlain also sidelined of late.

Trent Alexander-Arnold, Joe Gomez and Jordan Henderson all picked up issues against the Potters at the weekend, but Goal‘s Neil Jones claims they should all travel to Rome.

Neither Alexander-Arnold or Gomez were pictured as the Liverpool squad celebrated Salah’s PFA Player of the Year award at the training ground on Monday, however:

Henderson was present, but interestingly was the only player not wearing boots, and having twisted his ankle at Anfield on Saturday this could suggest he is still nursing an injury.

Matip, Can, Oxlade-Chamberlain and Alberto Moreno were also not pictured, though Lallana was back after spending time in South Africa following a hamstring injury.

Youngsters Conor Masterson, Nathaniel Phillips, Herbie Kane, Curtis Jones, Rafa Camacho and Ben Woodburn were all included, with Klopp turning to the academy in the absence of key names. If neither Alexander-Arnold and Gomez are passed fit, it is likely Nathaniel Clyne will start at right-back at Stadio Olimpico.

Furthermore the absence of Henderson could give an opportunity to one of Woodburn, Kane or Jones, with Georginio Wijnaldum shifting to the No. 6 role.

Klopp should provide further updates on the fitness of his squad in his press conference at the stadium in Rome at 5.15pm (BST).