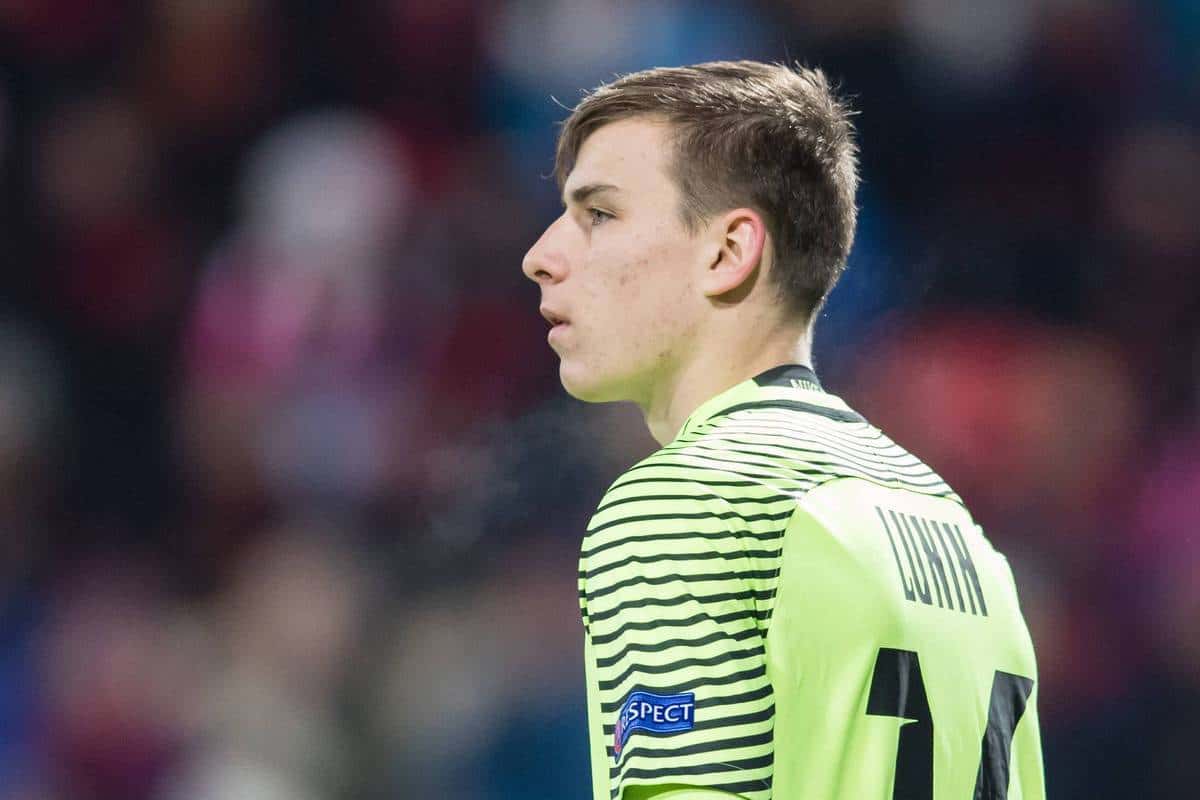 Jurgen Klopp has used both senior stoppers this season, with Loris Karius eventually ousting Simon Mignolet as the No. 1 choice.

The Belgian’s future remains unclear, with him naturally wanting more game time but insistent that he won’t demand a move away from the club.

Meanwhile, Danny Ward has also been patiently waiting his chance after a single appearance all season as the third-choice goalkeeper at Anfield.

Now it seems the club have identified another who could make a big impression in the years to come, in 19-year-old Lunin.

The Mirror’s James Nursey reports that while the Zorya Luhansk goalkeeper was set for a move to Inter Milan this summer, he wants to move to England instead.

The Reds lead the chase, with Watford and Leicester also interested in his signature, while Real Sociedad had a bid rejected for him in January.

Lunin has played more than 30 times this season for Zorya, including all six group games for his team in the Europa League.

On the international stage, Lunin was Ukraine’s sub goalkeeper during the most recent World Cup qualification campaign, while he made his full debut in a friendly in March.

No fee is mentioned in the report but Lunin will have only one year left on his contract this summer and Nursey suggests the move could happen in short order.