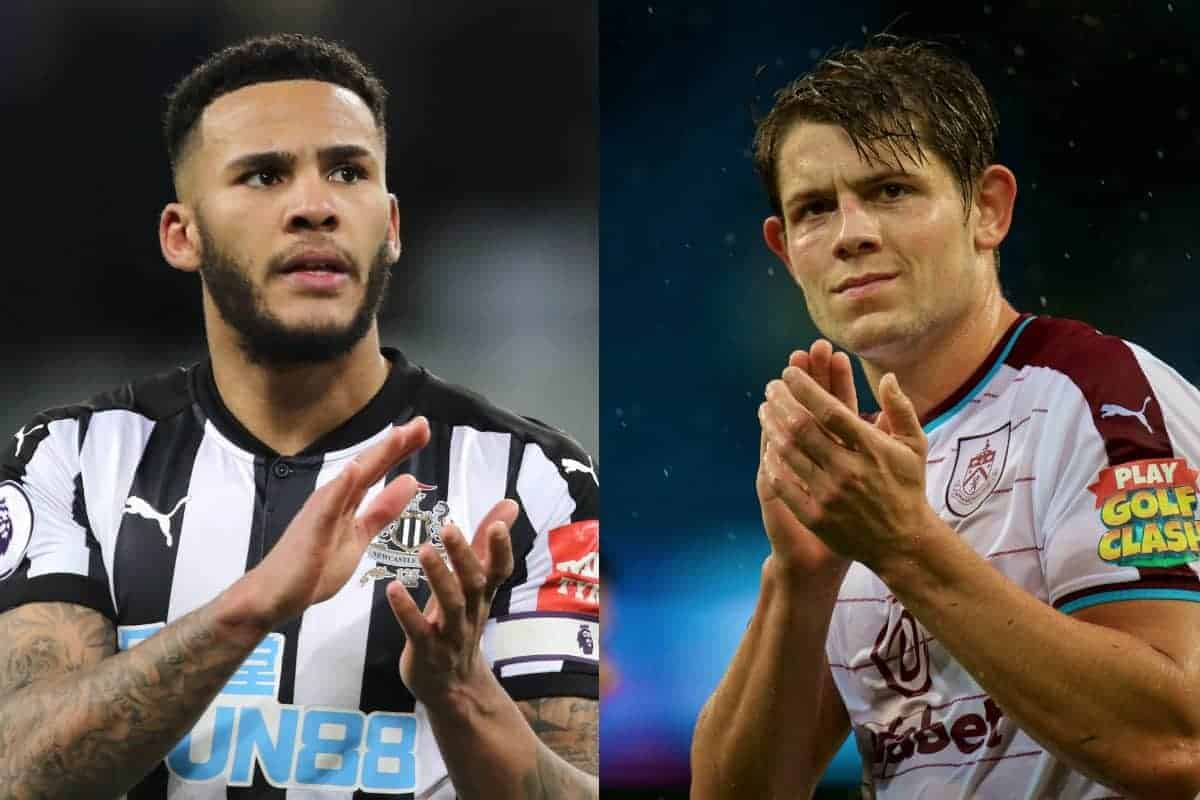 Liverpool are rumoured to want to add a new central defender this summer as part of a four-man wishlist from Jurgen Klopp.

The Reds went big in January to land Virgil van Dijk on a record £75 million deal, a move which swiftly paid dividends.

Van Dijk, along with the re-emergence of Loris Karius in goal and the rise to prominence of Andy Robertson, helped Liverpool’s defence become a much more sturdy unit in the second half of the campaign.

The Dutchman has largely partnered Dejan Lovren, but with Joel Matip and Joe Gomez suffering injury problems and even Ragnar Klavan not always available, the Reds want to add more depth to the position this summer.

The Independent‘s Miguel Delaney reports that Klopp and his backroom team have identified two players already in the Premier League who fit the bill, in Newcastle‘s Jamaal Lascelles and Burnley‘s James Tarkowski. Lascelles in particular has excelled and impressed this term, skippering Newcastle to safety in their first season back in the top flight under Rafa Benitez.

Tarkowski, meanwhile, helped Burnley to a remarkable seventh-place finish, despite having lost his centre-back partner from the previous campaign—Michael Keane, who has since floundered at Everton.

Delaney suggests that the intention is not necessarily to find another first-choice partner for Van Dijk, but to add depth and quality to the squad overall.

It should also be noted that the Reds have regularly switched to a back-three system in matches late on, requiring further depth and reliability.

Additionally, the report claims the Reds want a goalkeeper and a forward as part of a summer where four new faces come in.

Jack Butland is regarded as the most likely No. 1 still in the frame to join and challenge Loris Karius for the first-choice jersey. Butland will head to the World Cup as one of three stoppers hoping to get the nod for England.

The fourth position being targeted isn’t specifically noted by Delaney, but Nabil Fekir has been widely linked with the Reds as a creative addition.

That would be in addition to the already arranged transfer of Naby Keita, making a quintet quintet of new faces come next season.