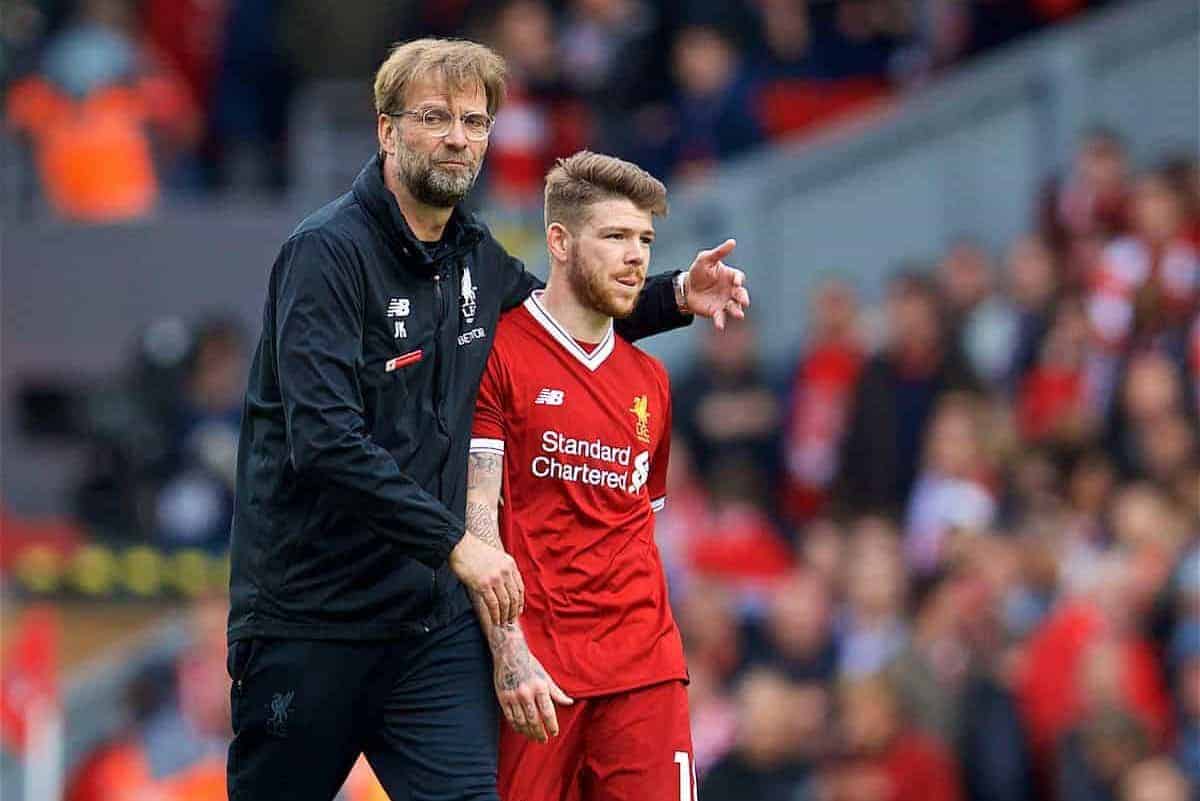 The Reds could have booked their place in next season’s Champions League with victory at Stamford Bridge, while a draw would have almost guaranteed the same.

But with Olivier Giroud breaking the deadlock in the first half and the hosts holding on against a misfiring Liverpool attack Klopp’s side are now forced to go again at Anfield this weekend.

The arrival of Chris Hughton’s Brighton, now safe from relegation but no doubt determined to build on their 1-0 win over Man United last time out, will be a big challenge.

Underestimating the Seagulls would be ill-advised, and with defeat in their final two games this season potentially seeing them drop down to the Europa League, the Reds require a full-throttle display.

The heightened importance of this final-day clash has a knock-on effect on those youngsters and possible summer departures who will have hoped for valuable minutes to round off the campaign.

In the aftermath of Sunday’s loss, Klopp and his squad made their approach clear, with the Reds considering their upcoming games as “two finals.”

“What I wanted this morning when I woke up, nice and easy, 3-0 win, going home, enjoying the sun and don’t care for the Brighton game, and prepare already for the final,” Klopp told reporters.

“Did I think it would happen? I was not sure,” he added, after explaining how he was “not shocked or surprised” at the result in south-west London.

Virgil van Dijk, one of few players to produce a solid display against the Blues, took to Instagram to encourage a positive response, saying: “Two finals left, let’s do this!”

Given this approach, and having made only one change for the trip to Chelsea, Klopp will be aware there is no opportunity to rotate for the last two games of the season.

His preparation for the visit of Brighton will be exactly the same as for Liverpool’s journey to Kiev to take on Real Madrid in the Champions League final. Klopp’s hands are tied to an extent due to injuries to Joel Matip, Joe Gomez, Emre Can and Alex Oxlade-Chamberlain, but while fatigue was clearly an issue on Sunday the Reds now have a week to prepare.

This is a major positive, as due to the success of their European run Liverpool have only had the luxury of a similar break in games, with a full squad at Melwood, on two occasions in the past two months.

One saw them follow up a disappointing 2-1 loss to Man United with a 5-0 hammering of Watford, but the other saw an uplifting 3-0 win over Bournemouth undermined by the 2-2 draw with West Brom.

The manager will demand the same response he saw in that thrashing of the Hornets at Anfield, a game that saw most of his key names start and, crucially, Salah score four times.

That he was able to field Matip, omit Alexander-Arnold, and introduce Milner and Oxlade-Chamberlain along with Ings from the bench that day highlights the issues now facing the squad.

But there is no alternative to going all out again, which will disappoint some lesser lights. That comfortable 3-0 win on Merseyside will provide the blueprint for the German as he urges his side on this weekend, but the hope was this clash with Brighton would have been a dead-rubber.

For the likes of Conor Masterson, Ben Woodburn, Curtis Jones and Rafa Camacho, this could have provided a welcome taste of first-team football having trained diligently at Melwood in recent months.

And for Klavan, Moreno, Ings and Solanke it could have been an opportunity to remind Klopp of their quality, as while there is no suggestion they will be sold this summer their roles are diminished. Perhaps most poignantly, it could have been a fitting farewell for Simon Mignolet who, after five seasons with Liverpool, looks set to leave having lost his top billing to Karius.

Back in 2016, with nothing to play for in the league and a Europa League final to contest three days later, Klopp was able to afford Martin Skrtel, Brad Smith and Jordon Ibe their last outings for the club in a 1-1 draw at West Brom, while Sergi Canos made his debut from the bench.

This won’t be the case against Brighton, but fortunately there are 13 days between that must-win clash and Liverpool’s biggest game since 2007.

In an ideal world, Klopp will field his strongest side at Anfield, oversee an incident- and injury-free victory over an already-safe Brighton and build momentum going into the final.

Klopp can hope for defensive solidity, a less leggy midfield and, perhaps most importantly, a return to form for Salah who, chasing a record goal haul in the English top flight, has gone off the boil.

He could plan for the late introduction of Adam Lallana, whose return to full training coincides nicely with the Champions League final, where he can add quality to the Reds’ bench.

But given Brighton stunned United at the Amex earlier this month, and have also beaten Arsenal and drawn with Tottenham this season, they should be approached with utmost respect.

There is no room for sentimentality from Klopp, with Mignolet’s Liverpool career left to fizzle out, the futures of his fringe figures remaining uncertain and his young hopefuls forced to wait for their chance.

If Liverpool win their next two games this will be considered one of their greatest-ever seasons, but if they lose it will be deemed a failure—and this is all they can focus on.