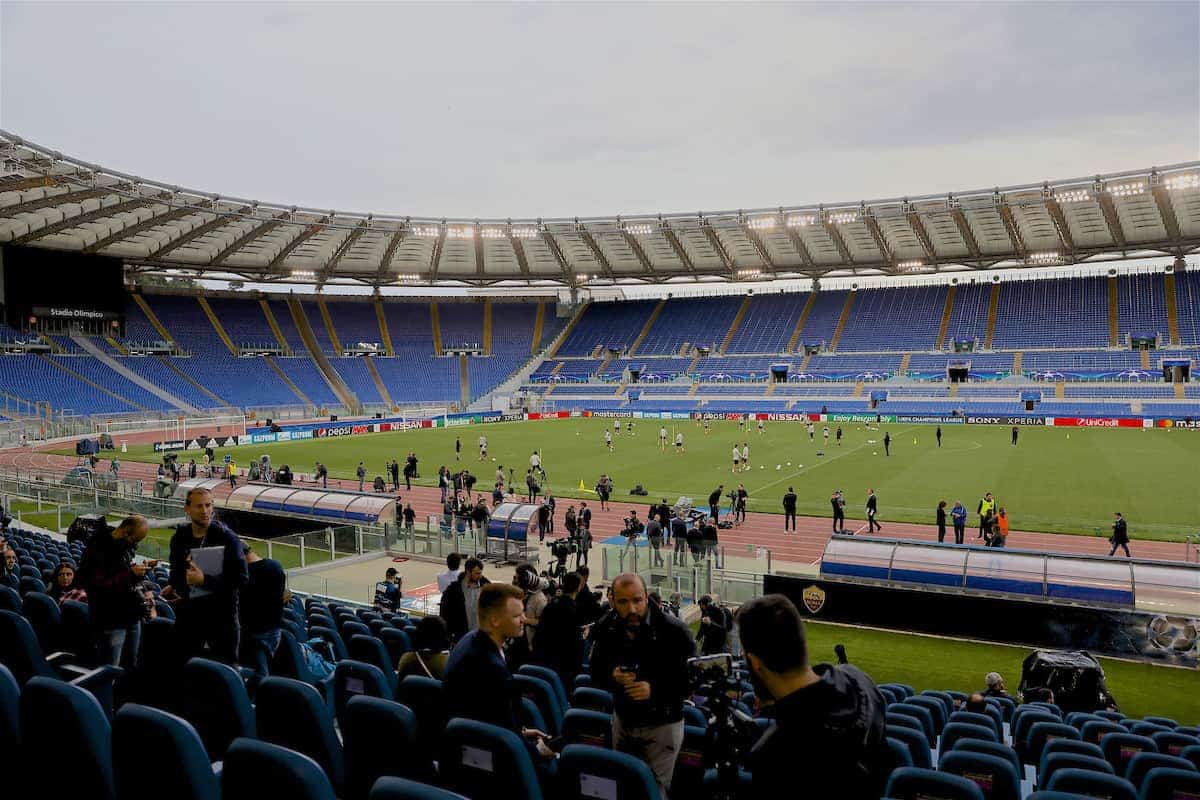 Trent Alexander-Arnold, Jordan Henderson and Sadio Mane all took part in training at Stadio Olimpico ahead of Liverpool’s semi-final clash with Roma.

The Reds look to get the job done in Italy after winning 5-2 in the first leg at Anfield last week, with avoiding complacency the key issue on Wednesday night.

Having been held to a 0-0 draw by Stoke City on Saturday, an injury-plagued squad headed to Rome seeking an immediate response.

Joe Gomez joined Joel Matip, Emre Can and Alex Oxlade-Chamberlain on the treatment table, but Alexander-Arnold, Henderson and Mane all shook off knocks to return for Jurgen Klopp‘s open session.

Adam Lallana was also part of training at the stadium, but speaking at his pre-match press conference Klopp confirmed that the midfielder is “not really an option for the squad.”

Key absences have seen the manager call upon the Reds’ academy to bolster numbers, and Conor Masterson, Curtis Jones and Rafa Camacho all joined the group on Tuesday.

Meanwhile Ben Woodburn will be hoping to make only his second appearance for the first team this season, after a lengthy spell out with illness. Klopp’s starting lineup is likely to be very predictable, however, with few options to rotate in midfield and both defence and attack settled.

Henderson’s availability should see the captain start alongside James Milner and Georginio Wijnaldum in the middle of the park. At the back, Loris Karius will rely upon a four-man unit of Alexander-Arnold, Dejan Lovren, Virgil van Dijk and Andy Robertson, with the latter replacing Alberto Moreno.

And with Mane having missed the weekend’s drab stalemate, the winger can rejoin Mohamed Salah and Roberto Firmino up front looking to fire Liverpool to the final in Kiev.