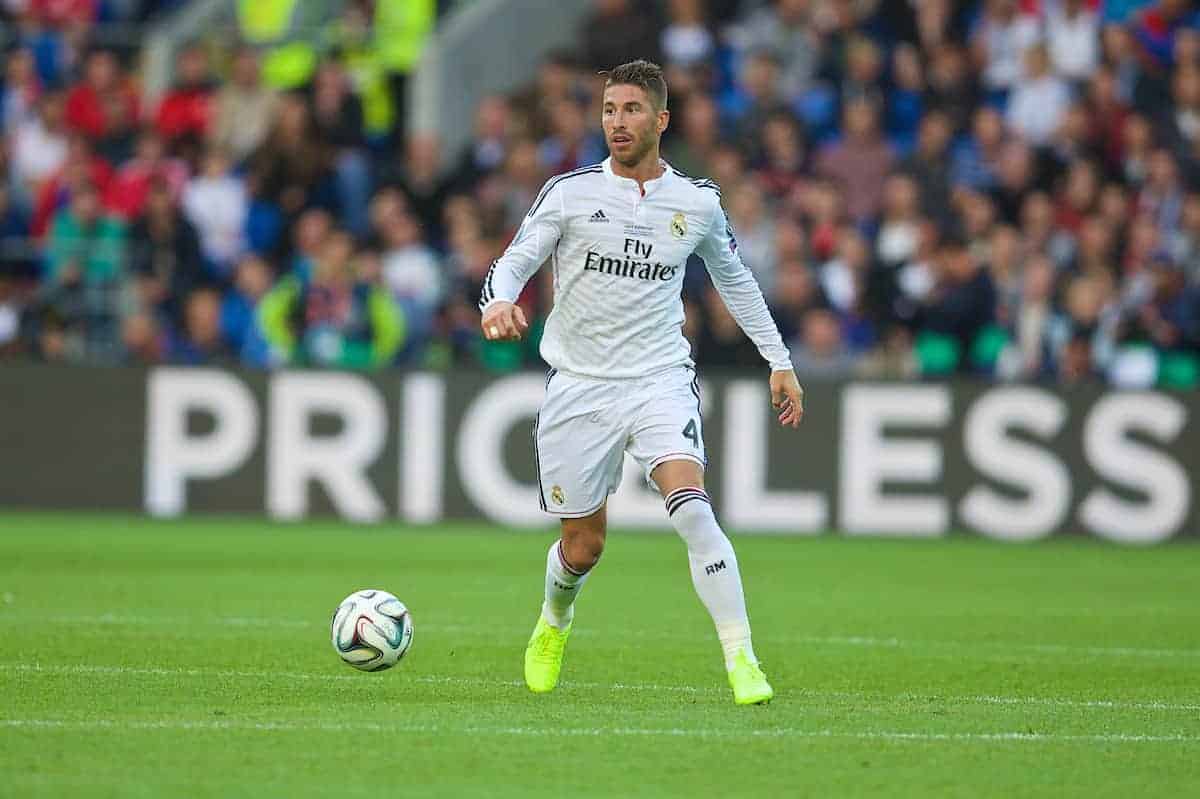 Real Madrid lost 3-2 to Sevilla in La Liga on Wednesday night, but it could have been far worse for Los Blancos who were poor throughout.

The title might have already been out of reach for Liverpool’s Champions League opponents, but second place is certainly still up for grabs.

To add more incentive, second is currently occupied by Real’s city rivals, Atletico Madrid, and a win would have seen Zinedine Zidane’s team leapfrog them.

Despite that, Zidane opted to heavily rotate his team and paid the price, as they produced a disjointed and sloppy performance.

The likes of Gareth Bale, Luka Modric, Raphael Varane and Keylor Navas were all left out, as well as the injured Cristiano Ronaldo and Dani Carvajal.

Instead, one-time Reds target Dani Ceballos got a rare run-out as well as Mateo Kovacic, Jesus Vallejo and Theo Hernandez.

There were a handful of regulars still in the lineup though, including captain Sergio Ramos, striker Karim Benzema and holding midfielder Casemiro.

Real struggled hugely under Sevilla’s capacity to break at pace and play direct balls for the forwards to chase behind the centre-backs—with the opening goal coming from that same route.

Wissam Ben Yedder left Ramos for dead to net the first, with Steve N’Zonzi’s bursting run from midfield on a similar phase of play leading to the second goal before half time, scored by Miguel Layun.

Real enjoyed more possession after the break but had a severe lack of cutting edge, before Ramos had a great chance to reduce the deficit—but smashed a penalty against the crossbar.

The always-involved centre-back then deflected a cross into his own net for 3-0 and a scoreline which pretty accurately reflected the passage of the game, with just five minutes left.

Despite that, Real showed their ability to grind and find a way to goal somehow, anyhow, with two goals in the latter stages.

Borja Mayoral headed home off a cross and Real were awarded a second stoppage-time penalty, which Ramos this time did convert.

A 3-2 defeat for a below-strength Real Madrid and a few more lessons for the Reds to take on board about their opponents, at both ends of the pitch.