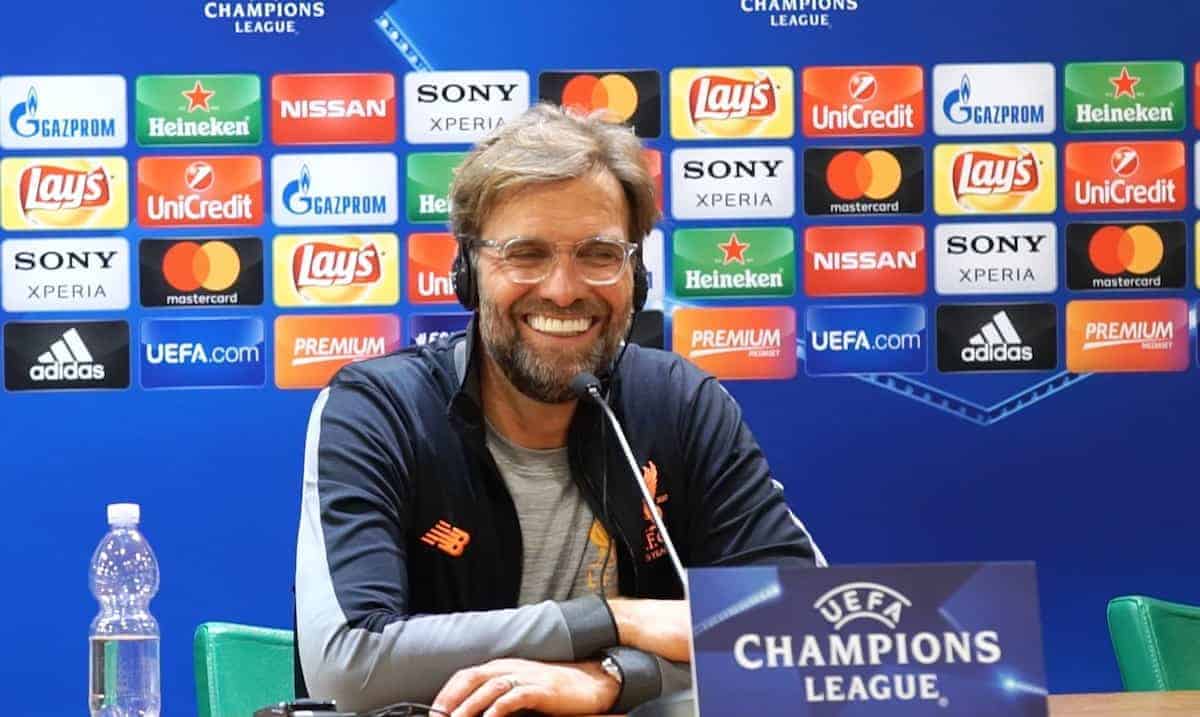 Jurgen Klopp was left in awe as his Liverpool side booked their place in this season’s Champions League final by beating Roma 7-6 on aggregate.

In just under three years with the club Klopp has led the Reds to two major European finals, with their latest achievement the most remarkable.

Having surpassed Hoffenheim, Maribor, Spartak Moscow, Sevilla, Porto and Man City on their way to the semi-finals, they secured a vital win over Roma to set up a final against Real Madrid.

Liverpool arrived in Rome with a 5-2 lead from the first leg, and despite a late rally from their Italian hosts goals from Sadio Mane and Georginio Wijnaldum were enough to seal the victory.

Speaking after the game Klopp lavished praise on his side as they set their sights on a sixth European Cup.

“We came into the competition [through] a qualifier and are now in the final,” he told reporters.

“It was a fantastic ride so far and now we will go to Kiev, which sounds crazy—but it’s the truth.”

Klopp could barely contain his pride, but drew upon Liverpool’s previous cup final defeats from his reign so far to call for a measure of realism ahead of the trip to Kiev.

“Going to a final is really nice—I did it a few times—but winning it is even nicer. We will be ready,” he added.

The manager also stressed the need for continued focus in the Premier League, with a huge clash with Chelsea to come on Sunday, and gave his take on a defining performance from Mane.

But while he acknowledged the winger’s importance he was quick to add that it “wasn’t his best ever [performance] for the club!”