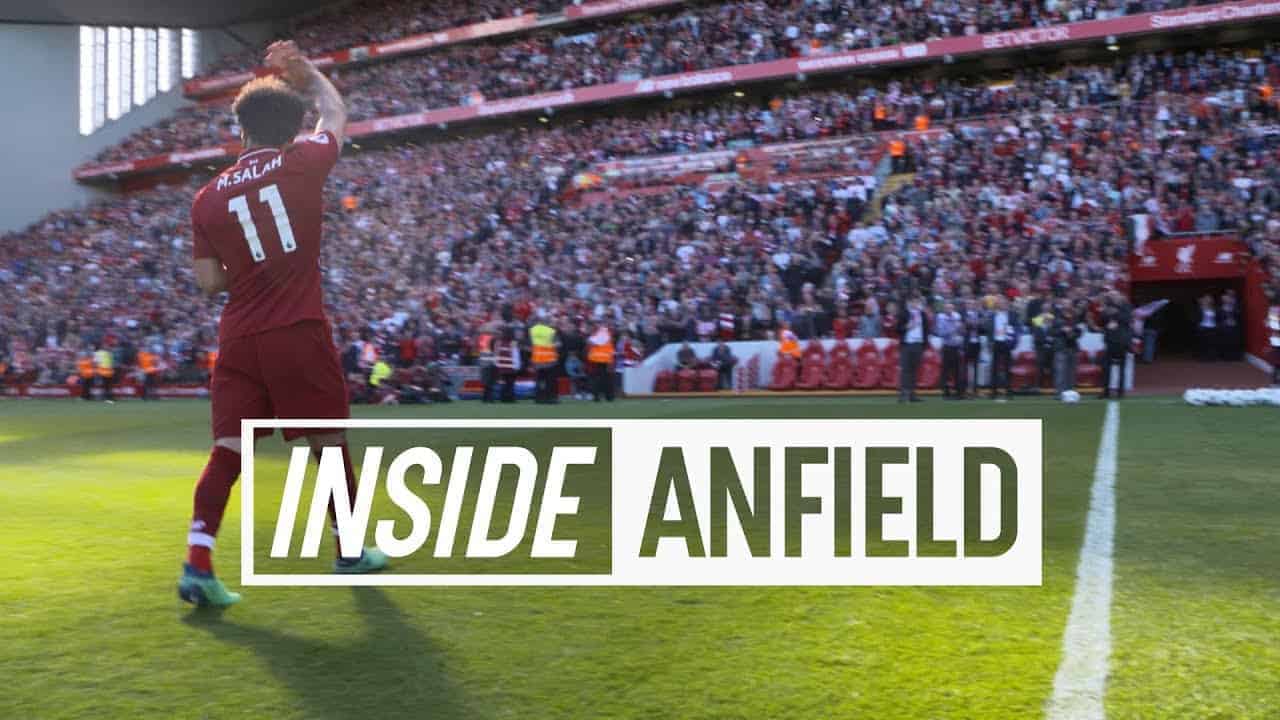 Liverpool said goodbye to Anfield for another season last weekend, doing so in style against Brighton – as Mo Salah became the Premier League‘s highest goalscorer in a 38-game season.

The Reds needed just a draw to secure a place in the Premier League top four, and they went one better, cruising to a 4-0 win.

It achieved the main objective for the season, qualifying for the 2018/19 Champions League, although the campaign can end even better with the Champions League final against Real Madrid in Kiev a week on Saturday.

As usual, Liverpool’s official YouTube channel has released their excellent ‘Inside Anfield’ video, tracking the afternoon’s proceedings against the Seagulls.

Beginning with the arrival of the Reds’ team coach, Jurgen Klopp then conducts his pre-match media duties for Sky Sports.

On a gorgeous spring afternoon on Merseyside, the players do their warm-ups, with Loris Karius and Simon Mignolet first out of the tunnel.

Liverpool’s players look in the zone ahead of kick-off, and once the game got underway, there was only going to be one winner.

Mohamed Salah‘s record-breaking 32nd league goal of the season is captured brilliantly from pitch level, before a towering Dejan Lovren header makes it 2-0. The Croatian does his best impression of his good friend Salah’s celebration, although doesn’t quite pull it off as convincingly.

A fan in the crowd can barely stay awake during the celebrations – imagine watching United this season, lad!

Dominic Solanke‘s first-ever Liverpool goal was a beauty, and the view of the strike from high up in the Main Stand is well worth a watch.

Afterwards, Kenny Dalglish presents Salah with a small sample of his many end-of-season awards, and Klopp and his players do a lap of honour to appreciate the magnificent home support.

Family members are also present on the pitch, having all congregated with Klopp in the tunnel beforehand, which makes for touching viewing.

Trent Alexander-Arnold and Ben Woodburn have a kickabout with the former’s siblings, almost looking more like schoolboys in a Liverpool kit than actual first-team squad members.

The video is a great watch for any Liverpool supporter, on what was a perfect way to round-off the Premier League season.