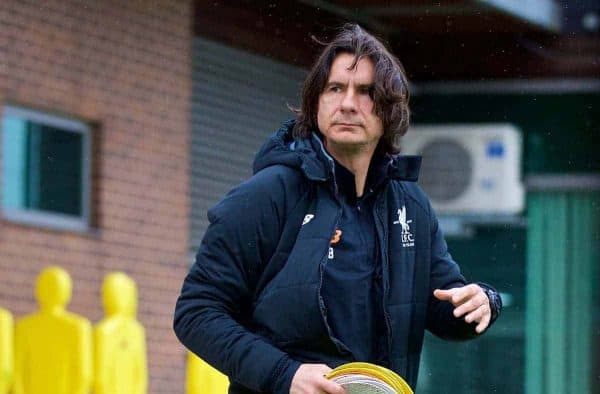 With Liverpool assistant manager Zeljko Buvac leaving the club until the end of the season, he has now emerged as a candidate for the Arsenal job.

It was confirmed on Monday morning that the Bosnian, who has worked with Jurgen Klopp for 17 years, would miss the rest of the campaign due to “personal reasons.”

The club insist Buvac is expected to return to his role in the future, but it has been widely speculated that he will leave the position imminently.

This comes after a reported disintegration in his relationship with Klopp, and according to the Mail head of fitness and conditioning Andreas Kornmayer has taken a more focal presence.

A notoriously quiet character, Buvac thrived in his role as Klopp’s right-hand man, but now reports from his native Bosnia claim he is set to step out on his own.

Pravda BL, who initially broke the news that Klopp and Buvac were joining Liverpool a day before Brendan Rodgers was sacked, tout the 56-year-old as successor to Arsene Wenger at Arsenal.

There is an element of plausibility about this, with former Borussia Dortmund chief scout Sven Mislintat being appointed the Gunners’ head of recruitment in November.

Buvac is said to be back in Bosnia “recharging his batteries” ahead of taking up his new duties at the Emirates this summer.

This would be a bold call by Arsenal, who have been linked with the likes of Massimiliano Allegri, Luis Enrique, Carlo Ancelotti, Patrick Vieira and Brendan Rodgers.

But it does mirror Wenger’s appointment back in 1996 to an extent, with the Frenchman making the move from Japanese side Nagoya Grampus.

For Liverpool, this is an unwelcome sideshow at the most crucial stage of the season, as Klopp prepares his injury-hit side for a Champions League semi-final second leg away to Roma.

The Reds are also still battling for a top-four finish in the Premier League, with recent draws with West Brom and Stoke City allowing rivals Chelsea to make up lost ground.