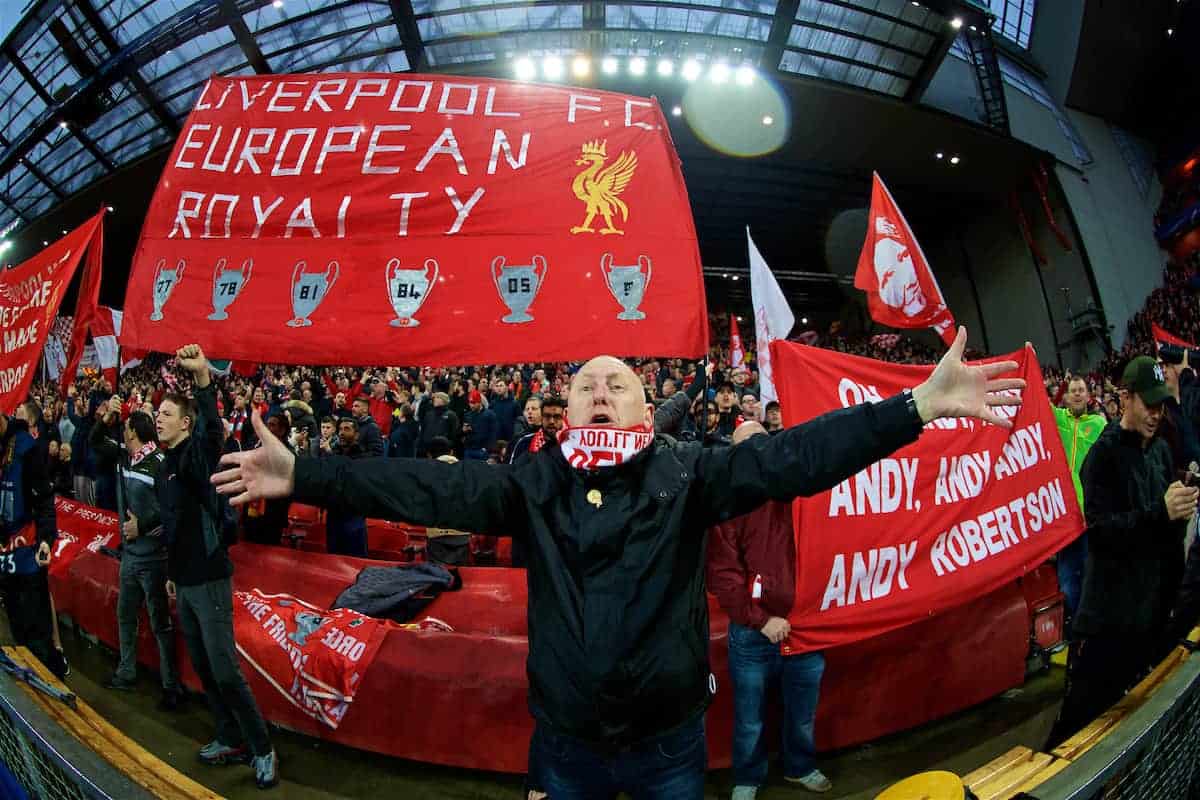 Brazil manager Tite has lauded the Anfield atmosphere after a visit there last season, and also spoke about Roberto Firmino‘s World Cup hopes.

Tite and his highly rated Brazil side made the long trip to Merseyside on Sunday, as they took on Croatia in a pre-World Cup friendly.

The Selecao ran out 2-0 winners, with Neymar thundering home the opener and Reds favourite Firmino netting in front of the Kop in stoppage time.

Although the Anfield crowd was in slightly more low-key spirits on Sunday, with locals and fans from both nations present, Tite knows all about the noise the ground can create.

After the game, the 57-year-old spoke about his trip there in April, as Liverpool dismantled Roma 5-2 in the Champions League semi-final.

“I followed the match between Liverpool and Roma here, the 5-2,” Tite told reporters.

“I saw the game and the whole time I was standing, it was the first time I watched a game standing up, the fans wouldn’t let me sit down.

“We only sat in the break.”

On the topic of Firmino, Tito spoke candidly about his chances of playing regularly in Russia this summer. The Liverpool striker is currently behind Man City‘s Gabriel Jesus in the pecking order, which seems odd considering the form of the Liverpool man.

Tite says it is a close call at the moment, but confirmed he won’t be replicating former manager Brendan Rodgers’ decision to field him out wide.

“Firmino has virtues and quality, that’s why he’s here,” he added.

“He’s putting pressure on Jesus, but the competition is close and at any time he can enter the team, except on the wing, because I understand that he is better playing central.

“On the wing you need transition speed, and I don’t think it’s his place.”

It was a great moment for Firmino on Sunday, who will have been so keen to impress at his home ground.

Having been introduced as a second-half substitute, the 26-year-old looked a class act, and took his goal superbly in the dying seconds.

Let’s hope we see lots of him in Brazil, as the South Americans go for a sixth World Cup crown.