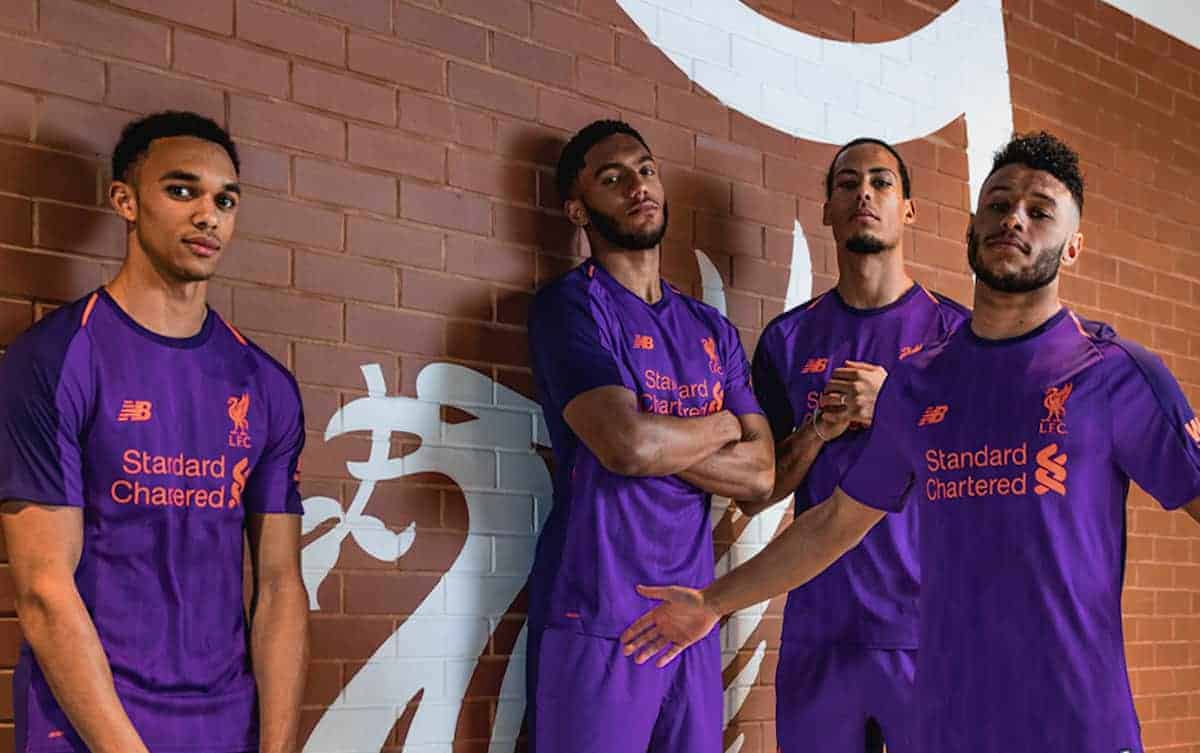 Liverpool have unveiled their new purple away kit for the 2018/19 campaign, and as ever supporters are divided over it on social media.

The Reds will be fighting for success on the road in the Premier League, Champions League, FA Cup and League Cup in the upcoming season in an all-purple number.

A departure from last season’s white-and-green chequered shirt, this is more reminiscent of the third kit from 2012/13—albeit significantly more tasteful.

Liverpool can hope for better prospects than six years ago, however as Jurgen Klopp builds on last term’s fourth-placed league finish and defeat in the final of the Champions League.

Unsurprisingly, supporters have taken to social media to express their delight and disgust at the new kit in equal measure.

All over that new away kit. Belter.

“I love the new kit! Good to see some colour come into the kit, something different.”

– Shauni Young on the forums.

My chances of getting hit-on dressed in a #LFC jersey shall tremendously improve with this new Kit #ThisMeansMore pic.twitter.com/Ia4pqFUW6B

I actually don't hate the new away kit.. might look a bit like Barney, but as a 90s child I'm okay with that. #LFC

Others simply can’t bear it, however…

LFC always nails it when it comes to home kit. I don't understand how they decide away ones.

“Wtf…… NOT Liverpool colours. Just saved me £45 by not buying it for my son. He loves the orange top.”

A few were in the middle, with some admitting it has grown on them…

The last time we had purple on a kit ? pic.twitter.com/T97iGvFB30

“I initially wasn’t a fan but looks good on the players.”

“Looks so much better on the players than I thought.”

– rab on the forums.

Ribena taking us seriously by sponsoring our new away kit. #Rascal #lfc pic.twitter.com/wiZFKgHl80

Watford 0-5 Liverpool: Salah with another worldie in emphatic win