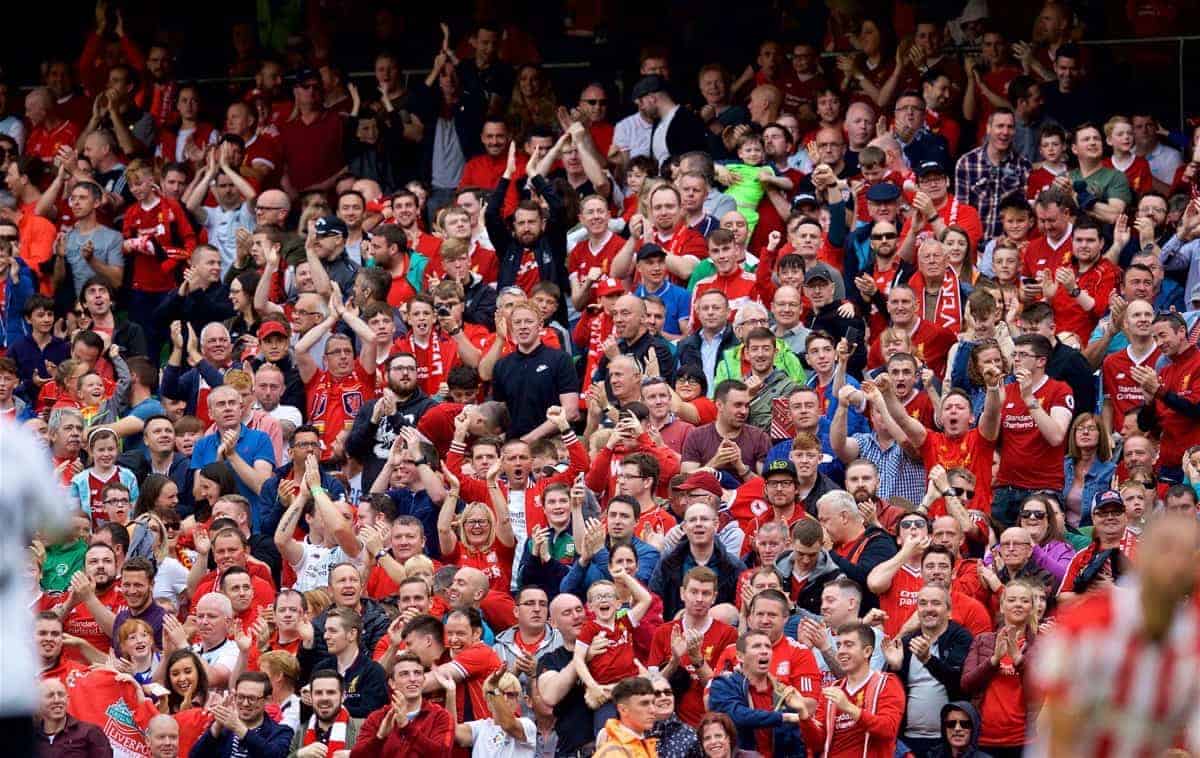 Liverpool will play nine friendlies as part of their pre-season schedule this summer, and here’s how you can buy tickets for games both home and away.

The Reds only wrapped up their 2017/18 campaign at the end of May, but the majority of Jurgen Klopp‘s squad will report back to Melwood on July 2 ahead of a packed pre-season.

With only eight players, and a clutch of potential signings, currently at the World Cup in Russia, the likes of Virgil van Dijk, Andy Robertson, Georginio Wijnaldum and new signings Fabinho and Naby Keita can be expected to feature early this summer.

Liverpool begin their preparations at Chester on July 7, taking in a tour of the United States for the International Champions Cup before returning for friendlies in Dublin and at Anfield.

The season starts at home to West Ham on August 11, but pre-season will provide a great opportunity for Klopp to work on his system for 2018/19, and for supporters to get a glimpse of things to come.

Here’s how you can make sure you’re there to watch the Reds in action. Tickets will go on sale for both Chester and Liverpool supporters on Tuesday, June 19.

General sale for home fans will commence on July 1 and end on July 6; there will be no tickets available on matchday and more information for Chester supporters can be found here.

Liverpool’s sale for season-ticket holders commences on Thursday, June 21, for members on Friday, June 22 and the remaining tickets go on general sale on Monday, June 25.

Tickets will be available here. Tickets went on sale for Tranmere supporters on Monday, June 18, and are available here.

Liverpool fans will, fittingly, be located in the Kop Stand, with more information on away tickets to be announced by the club shortly here. Tickets for Bury vs. Liverpool went on sale on Monday, June 18, and are available to home supporters by calling 0161 764 4881 (Option 1), emailing [email protected] or visiting the ticket office (open Monday to Friday 9-5). Tickets are not yet available for either Blackburn or Liverpool supporters, but are expected to go on sale imminently.

Prices range from £2 for under 18s, £5 for concessions and £10 for adults, making them the cheapest of any of the Reds’ domestic friendlies this summer.

More information for Blackburn fans can be found here, while Liverpool fans should keep an eye on the club’s official ticketing site here. Tickets are available through Ticketmaster here.

Prices range from $40 to $165, with Champions Lounge packages also available here for $150, with a match ticket also required. Tickets are available through Ticketmaster here.

Tickets are available through the University of Michigan website here.

Prices range from $55 to $225, with Champions Lounge packages also available here for $130 or $175, with a match ticket also required. Stadium: Aviva Stadium
Capacity: 51,700
Where is it? Lansdowne Road, Dublin

Tickets are available on general sale through Ticketmaster here.

There is limited availability with just four blocks remaining, with prices at €60.