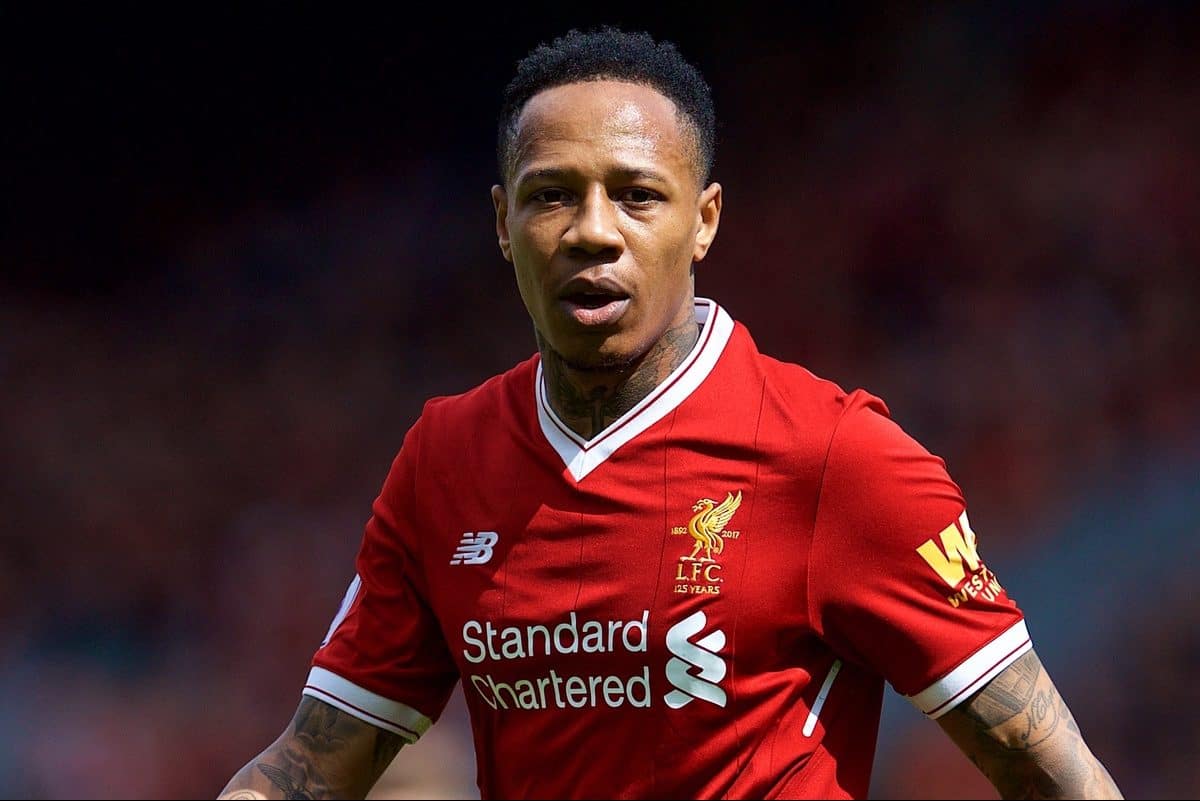 Nathaniel Clyne has set his sights on challenging Trent Alexander-Arnold for his Liverpool place after recovering from a long-term back injury.

The 2017/18 season may have been a very positive one for the Reds, but one individual who played little part in it was Clyne.

The 27-year-old’s back problem restricted him to just five appearances and two starts—he featured only twice in the Champions League, both as a late substitute—and it has led to question marks surrounding his future.

Clyne has been a solid figure for Liverpool since arriving in 2015, though, and he believes he can become first choice again next season.

Speaking to Goal, the right-back heaped praise on Alexander-Arnold’s form in his absence, but says he is aiming to challenge his younger team-mate again soon: “I can remember when he first stepped up from the U23s to the first team. Straight away in training you could see his potential.

“He’s had his chance this season, and he’s taken it very well. He’s a very confident player, good on the ball. He’s impressive.

“He’s passed all the tests that have come his way, and I’m sure if he’s given a chance in the World Cup he will do really well.

“Since I’ve been injured, I’ve watched how Liverpool have done well and how England have done well, and that’s given me extra incentive. It’s a big motivation.

“Like I say, I’m fully fit now, and I can’t wait to come back and show how good I am again!” A long injury layoff can be a lonely existence for any footballer, and it has been no different with Clyne over the last year.

He admits as much, and while he says it has taken time to get up to speed on his return, he has faith in enjoying a triumphant comeback.

“They were tough times. It was difficult, for sure.

“To be out for so long is frustrating, and the fact that it came during pre-season probably made it even worse. Then to eventually have to have surgery, that was another setback, it was tough.

“You’re there, and the players are all going out to train while you’re off to the gym or the physio room, day after day. You’re on the bike or whatever, and that’s all you can do. It does affect you.

“When I came back it was the business end of the season, the games were big and had a lot riding on them, so to have to go straight in was a test for me.

“But it was important for me to get a few minutes under my belt, get a taste for it again and set me up to go again in pre-season.

“I’ve worked hard to get my fitness back, and I can feel the benefits. I’ve been working hard, the club gives us regimes to follow even during the off-season, so that we keep ticking over.

“I probably need that more than others because I’ve been out so long, so I’ve already been doing bits.

“I feel as fit as ever and I’m already looking forward to the start of pre-season. It’s about proving to people now that I’m back and I’m as good as ever.” Clyne will never be the most spectacular player, but it is easy to forget what a safe pair of hands he was prior to injury.

There are certain limitations within his game, most notably a lack of threat in the final third, but he can continue to be an important part of Jurgen Klopp‘s squad.

There is the risk that this back injury could have a negative long-term impact, but only time will tell whether that is the case or not.

He should not be written off, even though the emergence of Alexander-Arnold has seen his standing diminish.