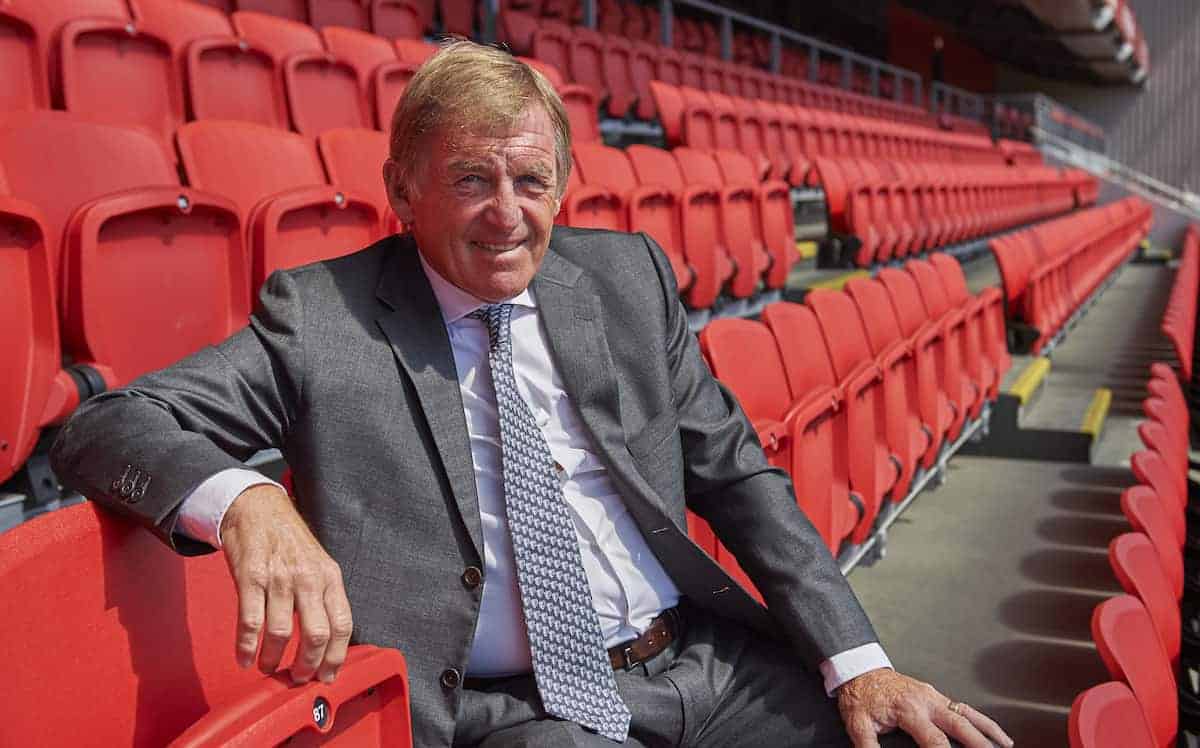 Recognised for his contribution to football, the 67-year-old said he is “hugely grateful” for the award and immediately dedicated it to Jock Stein, Bill Shankly and Bob Paisley.

“Obviously it was for others with more education and knowledge than myself to decide whether or not I deserved a knighthood,” he said, humbly.

“It goes without saying that I am hugely grateful to them for the decision that they have made.

“All I can say is that from my own point of view I am definitely no more deserving of an accolade like this than Jock Stein, Bill Shankly and Bob Paisley were.

“I am just fortunate enough to be in the right place at the right time and I would like to dedicate this honour to them because without the standards that they set at Glasgow Celtic and Liverpool, individuals like myself would not have been able to thrive as much as we did.”

In a hugely successful career in football for over 20 years, Kenny played for Celtic and Liverpool winning major honours with both clubs. Internationally, he remains Scotland’s most capped player with 102 appearances. During his managerial tenure at Liverpool, he secured three league titles, including a league and cup double in 1986 – the first person to ever achieve this feat as a player/manager. A further league title followed with Blackburn Rovers in 1995.

“The most important thing to stress is that this honour is not a reflection of myself,” he said.

“It is a reflection of everyone who has played a part in my life and my career. Nobody achieves anything alone, especially in football, and in my case any success I have enjoyed has been due to the contributions made by my family, the players, coaches and managers that I was fortunate enough to work with and the supporters who backed me. This instance is no different.

“The enjoyment that I have derived from being involved in football for as long as I have is outstripped only by the sense that I’ve been hugely fortunate to have the right people around me at all times.

“None more so than my family whose support allowed me to focus on playing and managing, sometimes to the detriment of their own aspirations and ambitions. They share this honour as much as anyone else because without them none of this would have been possible.

“Similar sentiments apply to those in football who believed in me sufficiently to give me opportunities and who backed me on and off the pitch in a multitude of ways. At Milton Bank Primary, High Possil Secondary, Glasgow Boys, Cumbernauld United, Celtic, Liverpool, Blackburn Rovers and Newcastle United I was fortunate to be supported and accompanied by individuals who gave me a chance to do my job to the best of my ability, whether as a player or a manager.

“I have always appreciated the roles that they played in my life and that applies even more on this day as it does on any other.” Dalglish’s Knighthood is also recognition for his contribution off the pitch in support of the Hillsborough families and The Marina Dalglish Appeal. He has helped to raise over £10 million to improve cancer care across Merseyside.

“I don’t know exactly what the process is but obviously something like this couldn’t happen unless someone puts your name forward so thank you to whoever it was who holds me in sufficient esteem that they believe me worthy of such an accolade. It is extremely humbling to have people who think of you in this way.”

Watch the full interview as Sir Kenny reflects on his Knighthood: