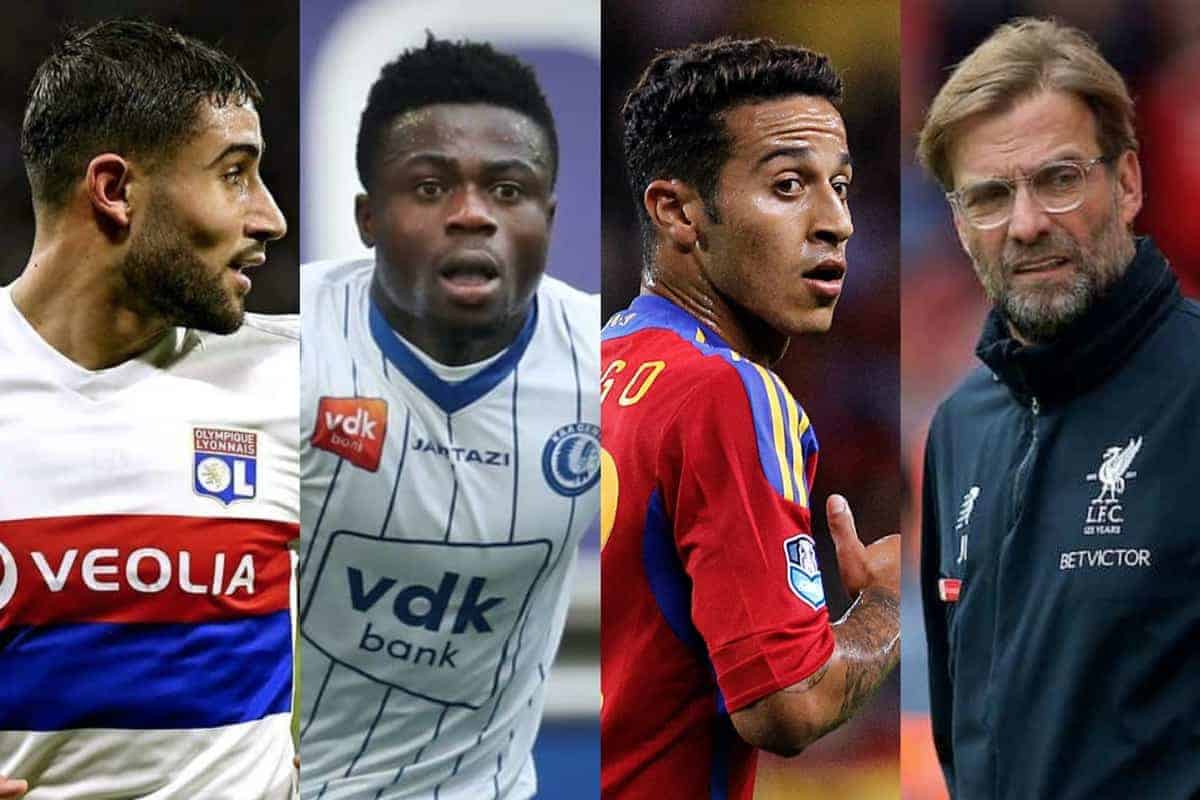 We round up the latest Liverpool news and transfer rumours on Saturday, as Jurgen Klopp names his 26-man squad for the first day of pre-season.

The Truth Behind United’s ‘Interest’ in Fekir

Liverpool’s bid to sign Lyon attacking Nabil Fekir failed after a snag in the Frenchman’s medical, but there remain faint hopes a deal can be revived after the World Cup.

However, according to French publication Le Progres, Man United are the latest club to join the race for the 24-year-old.

Real Madrid have also been touted as possible suitors but Canal+ reporter Romain Collet-Gaudin, who was among those to first report the Reds’ interest, has moved to quash speculation.

Taking to Twitter on Saturday, Collet Gaudin insisted claims of United’s interest were “created to push Liverpool to increase their offer.”

This would make sense if Liverpool were to renew their pursuit later this summer, potentially with restructured terms to reflect their concerns over Fekir’s knee problems. Gent winger Moses Simon was touted as a possible target for the Reds earlier in the transfer window, as Klopp seeks reinforcements out wide.

Stoke City‘s Xherdan Shaqiri was later mentioned as an alternative, though there have been no concrete suggestions a deal is in the pipeline for the Swiss.

According to Own Goal Nigeria, Liverpool could instead be pushing forward with a move for Simon, who missed out on the Nigeria squad for the World Cup due to injury.

They claim that the Reds are prepared to offer £11.5 million for the 22-year-old, as well as allowing Taiwo Awoniyi to join the Belgian side on a season-long loan.

Though the source is questionable, this would be a reasonable deal, with Awoniyi already expected to remain in the First Division A after his successful spell with Mouscron in 2017/18.

Liverpool’s relationship with Lyon may be fraught after their protracted talks over a deal for Fekir, but Les Progres have also speculated over another deal with the Ligue 1 side.

Lyon have an option to buy Amiens loanee Tanguy N’Dombele this summer, and it is suggested they could then opt to sell for up to three times the price, which would be around £25 million.

The Reds are named alongside Paris Saint-Germain, Juventus, Tottenham, Man City, Arsenal and Roma as potential destinations for the 21-year-old.

N’Dombele shone in his campaign with Lyon last time out, scoring once and assisting eight goals in 50 appearances in all competitions as he proved himself one of France’s breakthrough talents.

But while he is a top-class prospect, given Liverpool have already signed Fabinho and Naby Keita it is questionable whether he is on their radar, with Klopp instead seeking an attacking midfielder.

The Voice of Anfield Stays Anfield wouldn’t be the same without George Sephton’s voice on the tannoy, with the long-serving announcer becoming synonymous with the stadium.

Sephton delivered positive news on Saturday afternoon as he confirmed on Twitter he would be in his role for his 48th season—as he eyes a half-century:

Good News !! Just been told officially I WILL be working at Anfield during season 2018/19. This will be season 48 for me so I'm hoping I can make the round 50 without losing my marbles altogether !!! #wegoagain

Supporters can now look forward to Septhon’s familiar tones and his unique brand of matchday DJing as Klopp’s side bid for another successful campaign in 2018/19. The overhaul of Klopp’s midfield ranks has dominated the summer so far, but Bayern Munich’s Thiago Alcantara has lavished praise on a trio of the Reds’ current options.

In a wide-ranging interview with the Guardian as part of Spain’s World Cup campaign, the 27-year-old expressed his admiration for the Premier League.

Elaborating, he highlighted the pressing of James Milner, Jordan Henderson and Alex Oxlade-Chamberlain as a key example of the virtues of English football:

“In England it’s as physical as Germany but it’s about the duels you win: defender against forward, midfielder against his opposite number.

“There’s more long balls, more players arriving in the area too. It’s not so much speed as strength. I love watching English football. It’s the league I most enjoy.

“Look at Liverpool’s midfield: Henderson, Milner, Chamberlain, they pressed like animals in the Champions League. They ate up the midfield. They were fantastic.”

If Thiago does fancy a move to the Premier League, there’s no doubt Klopp would be interested…