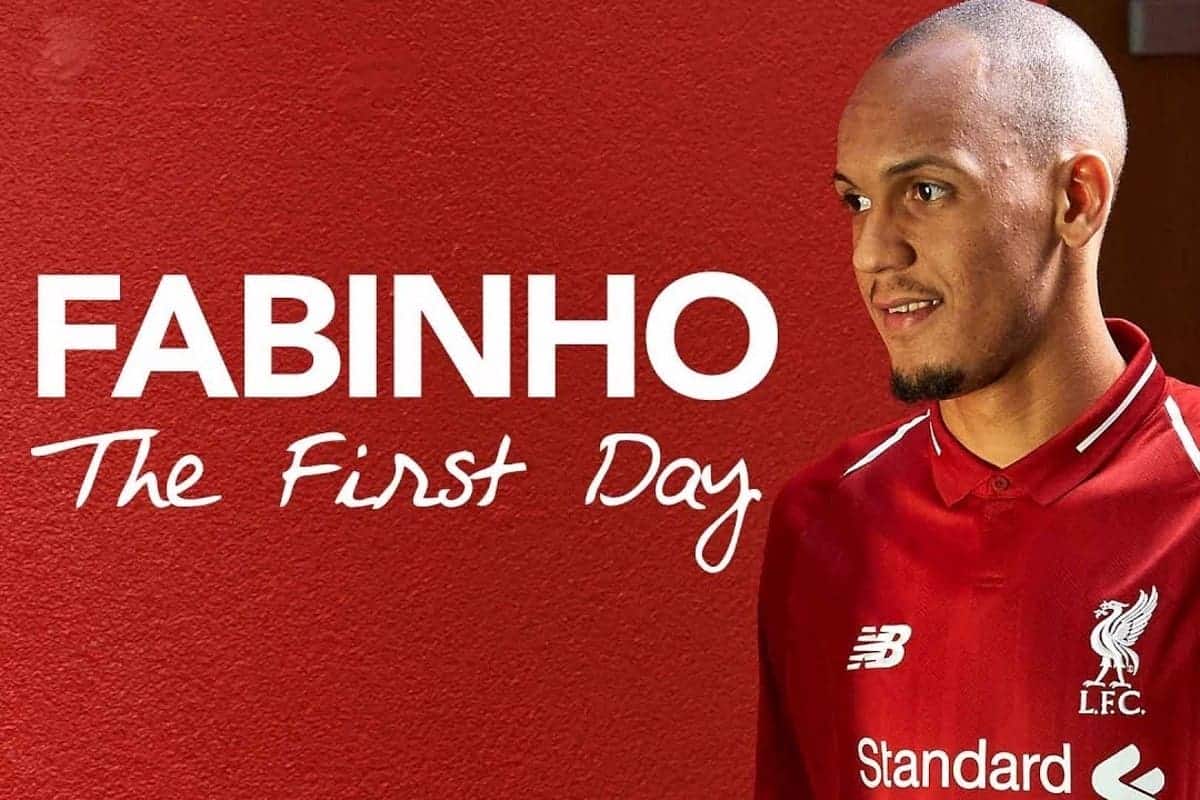 Brazilian midfielder Fabinho will officially join Liverpool from Monaco on July 1, but the club have already documented his arrival on Merseyside.

The £39 million deal to bring Fabinho to Anfield from Stade Louis II took most supporters by surprise, with the 24-year-old not previously touted as being on Jurgen Klopp‘s radar.

In an age of the increasingly rare old-school transfer, however, it came as a welcome boost, particularly just two days after defeat in the Champions League final.

Speaking after his move Fabinho explained how he had been in contact with the club for “three [or] four weeks,” and that a meeting with Klopp, and Roberto Firmino‘s influence, were key.

In a video released by the club following his signing, the midfielder is shown undergoing a series of medical tests before travelling to Melwood to sign his contract, with his anticipation clear.

“What can I say? I’m really excited. I can’t wait for the moment to arrive, to sign for the club and pull on my new colours,” he enthused.

It is another interesting insight into the process behind a modern-day transfer, with Fabinho required for a series of videos, interviews and a photoshoot for the announcement of the deal.

The ex-Real Madrid loanee is not part of Tite’s Brazil squad for the World Cup, so can join the likes of Virgil van Dijk, Andy Robertson, Naby Keita and Gini Wijnaldum for an early start to pre-season.

And he looks like he will be raring to go as part of Klopp’s midfield overhaul ahead of 2018/19.