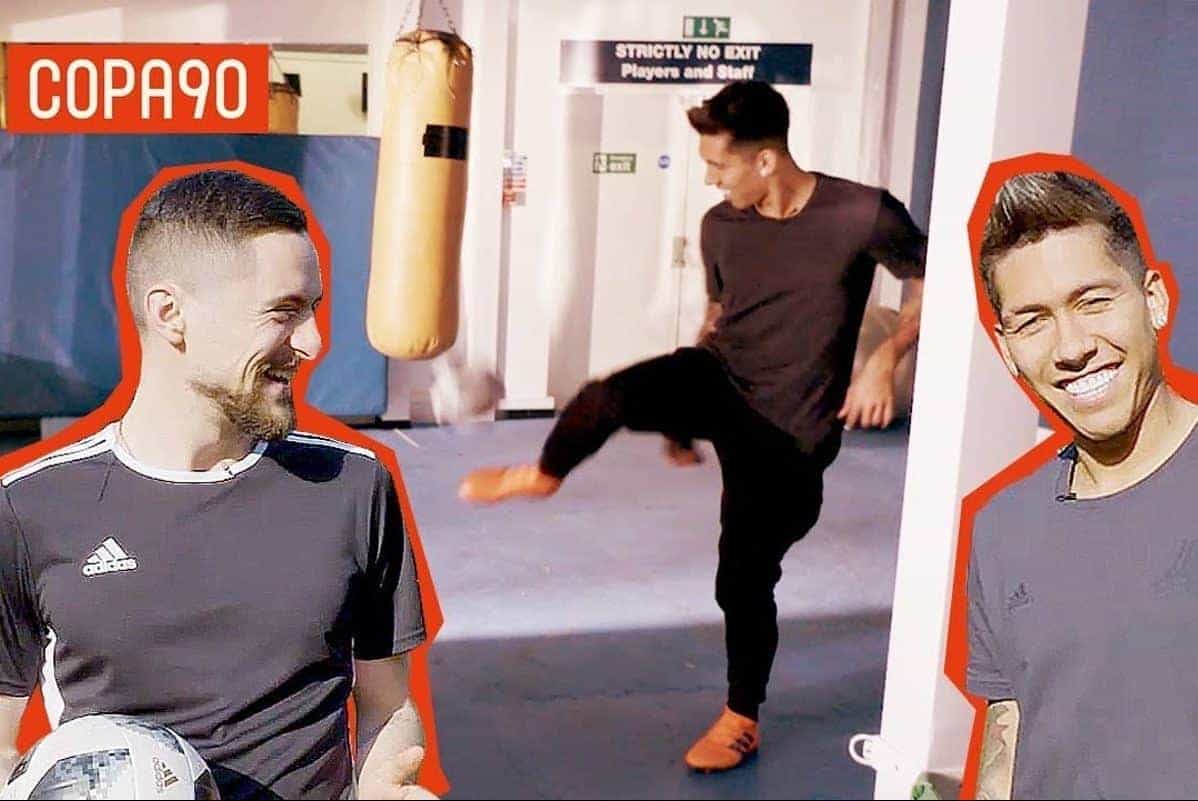 Renowned for his trademark no-look finish, Roberto Firmino‘s skills were put to the test as he joined David Vujanic for COPA90’s ultimate challenge.

Firmino has carved out a niche on Merseyside as Jurgen Klopp‘s relentlessly hardworking No. 9, with his unique brand of centre-forward making him indispensable to the Reds.

Last season saw the 26-year-old hit the back of the net on a regular basis too, scoring 27 times in 54 games, adding to his tally another 17 assists.

He is, undoubtedly, one of the best strikers in European football, and that he is able to provide a flourish to that industry and end product with typical Brazilian flair has made him a favourite on the Kop.

The no-look finish has become a staple of Firmino’s game, netting against the likes of Sevilla, Swansea City and West Ham in 2017/18 with his head turned.

And Vujanic joined the forward for a series of no-look challenges, with Firmino’s skills genuinely impressive—and he’s clearly enjoying himself.

Currently at the World Cup with Brazil, he will be hoping to fire the Selecao to glory as he vies for the role of first-choice striker with Man City‘s Gabriel Jesus.

Having signed a new five-year contract with Liverpool in April, supporters can hope to see many more no-look goals from Firmino in the future.