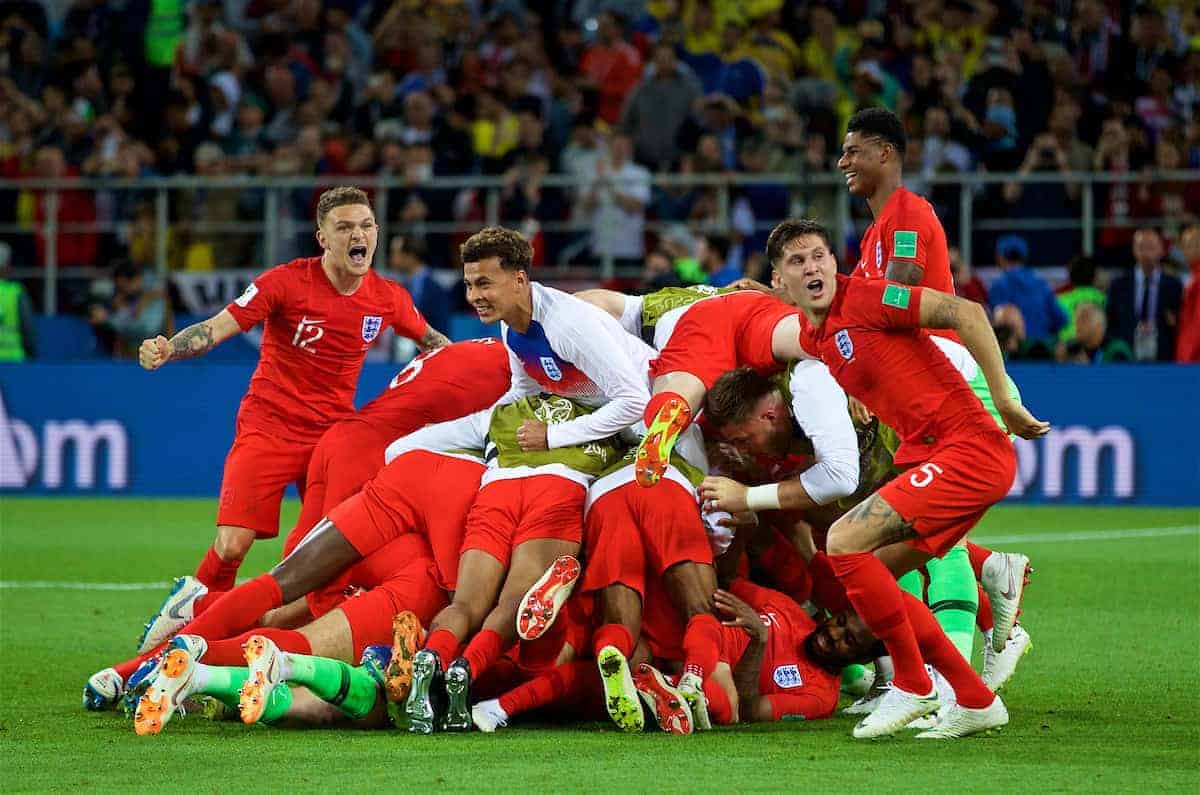 Liverpool fans will face a predicament on Saturday at 3pm, with England’s World Cup quarter-final tie against Sweden clashing with the Reds’ first pre-season friendly of the summer.

Jurgen Klopp‘s side head to Chester FC for the 3pm kick-off, and reports earlier this week explained that Liverpool and Chester had no plans to reschedule Saturday’s game in order for it not to clash with what will now be England’s first World Cup quarter-final since 2006.

Of course, Liverpool and Chester won’t be the only teams in such a situation and plenty of non-league sides around England will now be facing the prospect of whether to reschedule their much-needed money-spinning pre-season game.

Many other non-league clubs have hastily changed kick-off times to 12.30pm or 1pm.

Chester had expected a sellout of 4,500, with most tickets already sold.

England qualified for the last eight in Russia with their first ever victory on penalties in a World Cup, beating Colombia.

Liverpool captain Jordan Henderson was the only player not to score in the shootout, seeing his penalty saved.

The winning penalty was eventually scored by Eric Dier, after the Tottenham man had produced one of the worst substitute performances in living memory. Football eh.

Whether England’s result now sees Liverpool’s friendly being subject to be rescheduling remains to be seen, but expect an announcement on Wednesday one way or another.