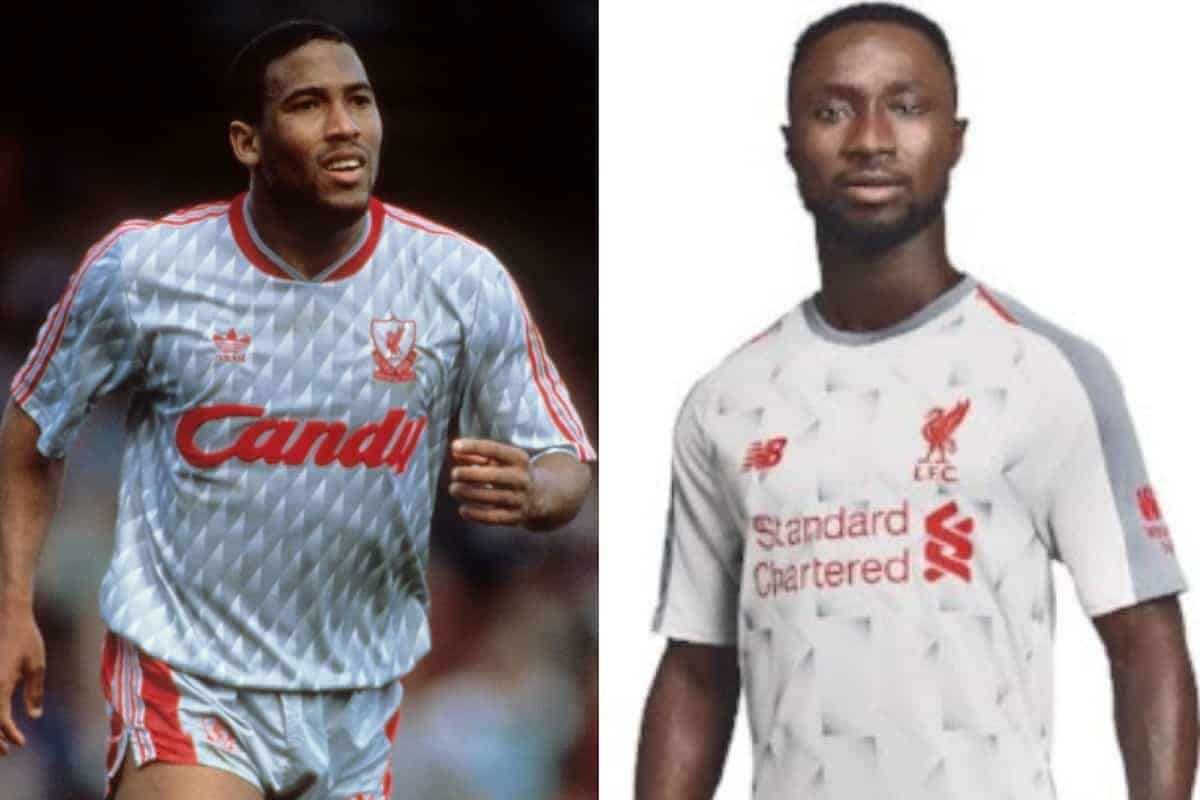 Liverpool FC and New Balance have launched the Reds’ third kit for the 2018/19 season, using PES 2019 footage for the official unveiling.

The kit, according to the club, “features a grey violet body and a steel gradient print” with “racing red detail on the shoulder panels.”

Liverpool, who become the first club to use video game graphics to launch a new jersey, write that they kit “pays homage to fan favourite kits from between ‘87-‘91 – particularly the Reds’ strip from the historic 1989/90 season, where Kenny Dalglish‘s team went on to become League Division One winning champions for the 18th time.” Hopefully Liverpool can enjoy similar success with the kit in 2018/19.

The ‘keeper kit is a bold “pink glo” with black pattered sleeves and black embroidered logo and crest.

* You can order the new third kit from the official club shop here.