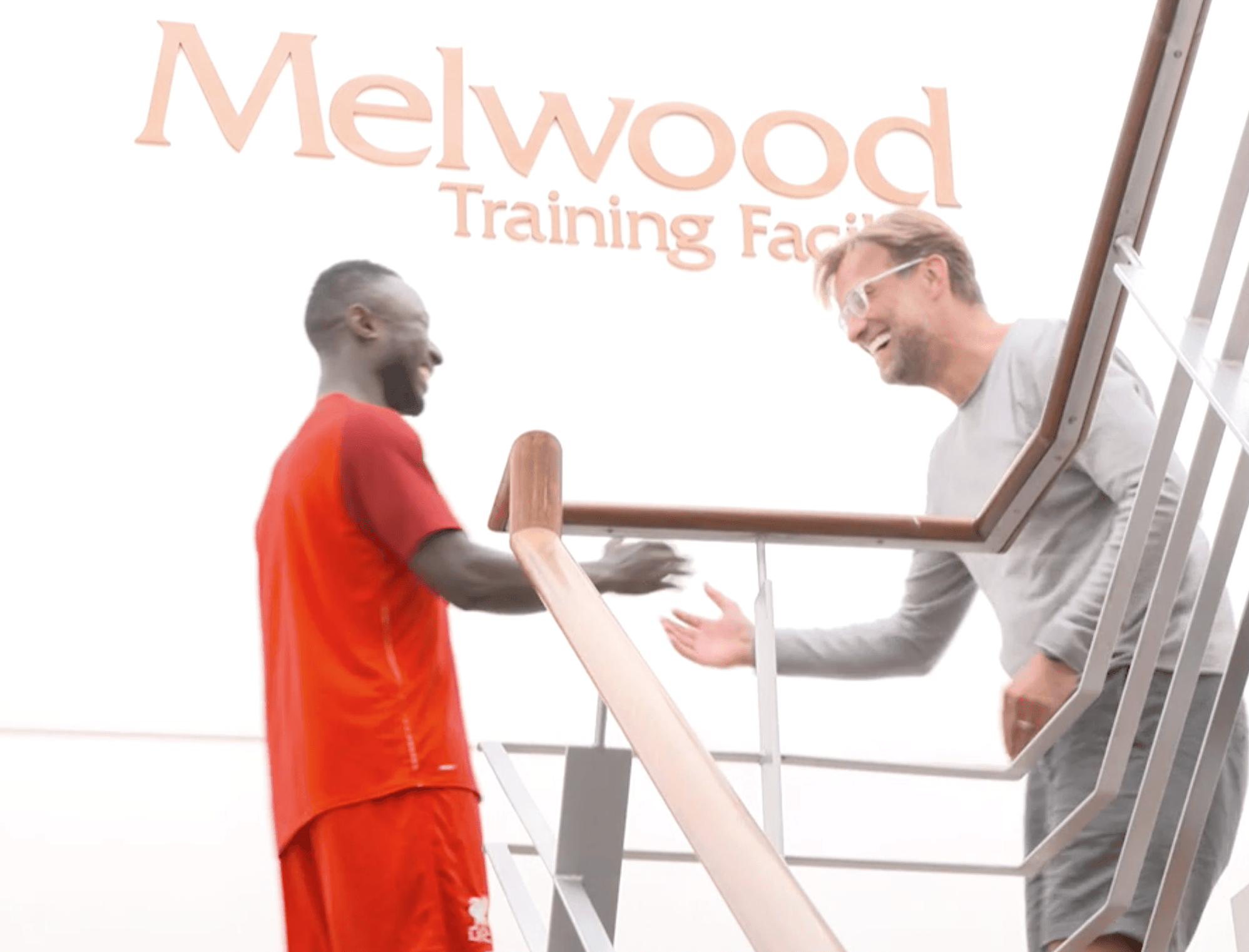 Liverpool kicked off their first day of pre-season with a series of fitness tests at Melwood, and big Jurgen Klopp bear hugs for Naby Keita and Fabinho.

The Reds have begun preparations for the 2018/19 campaign as the majority of Klopp’s squad reported for training on Monday morning.

With eight players involved at the World Cup, Alex Oxlade-Chamberlain and Rhian Brewster injured and Virgil van Dijk and Gini Wijnaldum given an extended break, some key faces were missing.

But Klopp was still able to welcome back a strong squad, who were split into three groups for assessments both indoor and outdoor. Matip was not named in the initial 26-man squad for the first day of pre-season but has recovered from a thigh injury and should be available for Saturday’s clash with Chester.

Allan was also not expected to take part but is available to train after shoulder surgery, though he is not likely to secure a work permit. Klopp greeted his arrivals, old and new, on a hot afternoon at Melwood, with both Fabinho and Keita receiving their first of his trademark embraces: It was a relatively relaxed day for the Liverpool squad, as they met new faces and returning loanees readjusted to their surroundings.

The likes of Grabara, Jones and Ojo will be hoping to earn a place in Klopp’s senior setup this season, and the youngsters enjoyed the facilities on a breakfast break.

It was great to see first team coach Pepijn Lijnders back too.

They will then head to the United States for the International Champions Cup where they will take on Borussia Dortmund, Man City and Man United, before a short training camp in the south of France.

A marquee clash with Napoli in Dublin will be their penultimate outing of the summer, before rounding off pre-season against fellow Serie A side, Torino, at Anfield.