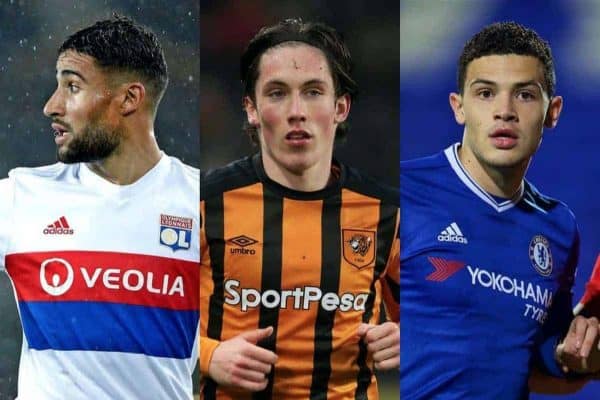 We round up the latest Liverpool FC news and transfer rumours on Monday, as the Reds return to Melwood for the first day of pre-season training.

The Nabil Fekir saga feels like it could rumble on and on after the World Cup, with the Frenchman’s future still up in the air.

Although some reports claim talks have restarted between Liverpool and the Lyon playmaker’s representatives, those rumours have swiftly been quashed.

According to the reliable Paul Joyce of the Times, the Reds “have had no contact” with Lyon since an deal collapsed early last month.

Joyce goes on to add that “Liverpool agreed the fee, an initial £48.4 million and £4.4 million in add-ons, with the French side on June 6 and struck personal terms with the player.”

Don’t expect this to be decided either way until later in the transfer window.

Domagoj Vida is enjoying a strong World Cup with Croatia, partnering Dejan Lovren at centre-back and helping his country reach the quarter-finals.

The 29-year-old’s future may lie on Merseyside, if comments made by Turkish journalist Turgay Demir are to be taken seriously.

“Everton and Liverpool have made an offer for Vida, €15 million has been proposed but Besiktas will not consider a bid below €20 million,” Demir said.

Quite how reliable this is remains to be seen; it’s highly unlikely Liverpool would be looking to sign a player of this age, unless perhaps Ragnar Klavan was leaving.

Joyce has revealed that Liverpool have no interest in Barcelona ‘keeper Jasper Cillessen, but perhaps that is because they are signing AC Milan stopper Gianluigi Donnarumma instead?

The Reds and Chelsea are both believed to be interested in the £53 million-rated 19-year-old, widely seen as Gianluigi Buffon’s successor for Italy.

No bids have been tabled yet.

Donnarumma would certainly be an exciting signing, given his vast potential, but this appears to have come out of nowhere and more a case of the player / his agent touting him for a move.

For Liverpool, there is a growing feeling that if it isn’t Alisson or Jan Oblak who come in, nobody will.

Harry Wilson will be spending pre-season attempting to prove his worth to Klopp, with competition for places set to be fierce in 2018/19.

The 21-year-old enjoyed an excellent half-season at Hull City from January onwards, scoring seven goals in 13 appearances, and the Championship club want to re-sign him on loan according to the Hull Daily Mail.

The reports states that “Wilson is expected to spend all of pre-season with Liverpool, including a US tour next month, before a decision is made over his future.”

Should an offer come in for the Wales international, it will be a tricky decision for both the player and Liverpool to make.

Wilson has bags of potential, but is he going to feature enough for the Reds next year? Or would another temporary move further aid his development?

The next few weeks will be key in that respect.

Common Goal is a charity that’s objective is “uniting the global football community in tackling the greatest social challenges of our time.”

Many footballers are involved in supporting the initiative, including household names such as Giorgio Chiellini, Kasper Schmeichel and Mats Hummels.

The latest individual to join is youngster Isaac Christie-Davies, who in a video on the charity’s Twitter account, speaks about the decision.

We also want to welcome new @LFC player Isaac Christie-Davies to the team. Glad to have you on board! ????? #CommonGoal #JoinTheTeam pic.twitter.com/9Lbd6sKbdX

“I’ve joined Common Goal because I think it’s a great initiative and it’s an honour to join and play a part in using football to make a positive change in the world,” he said.

It is also confirmation that the 20-year-old has officially moved to Liverpool from Chelsea, having had a trial at Anfield last season.

A box-to-box midfielder who represents the Wales U21s—he played for England’s U16s and U17s—Christie-Davies is expected to flesh out Neil Critchley‘s U23s ranks.