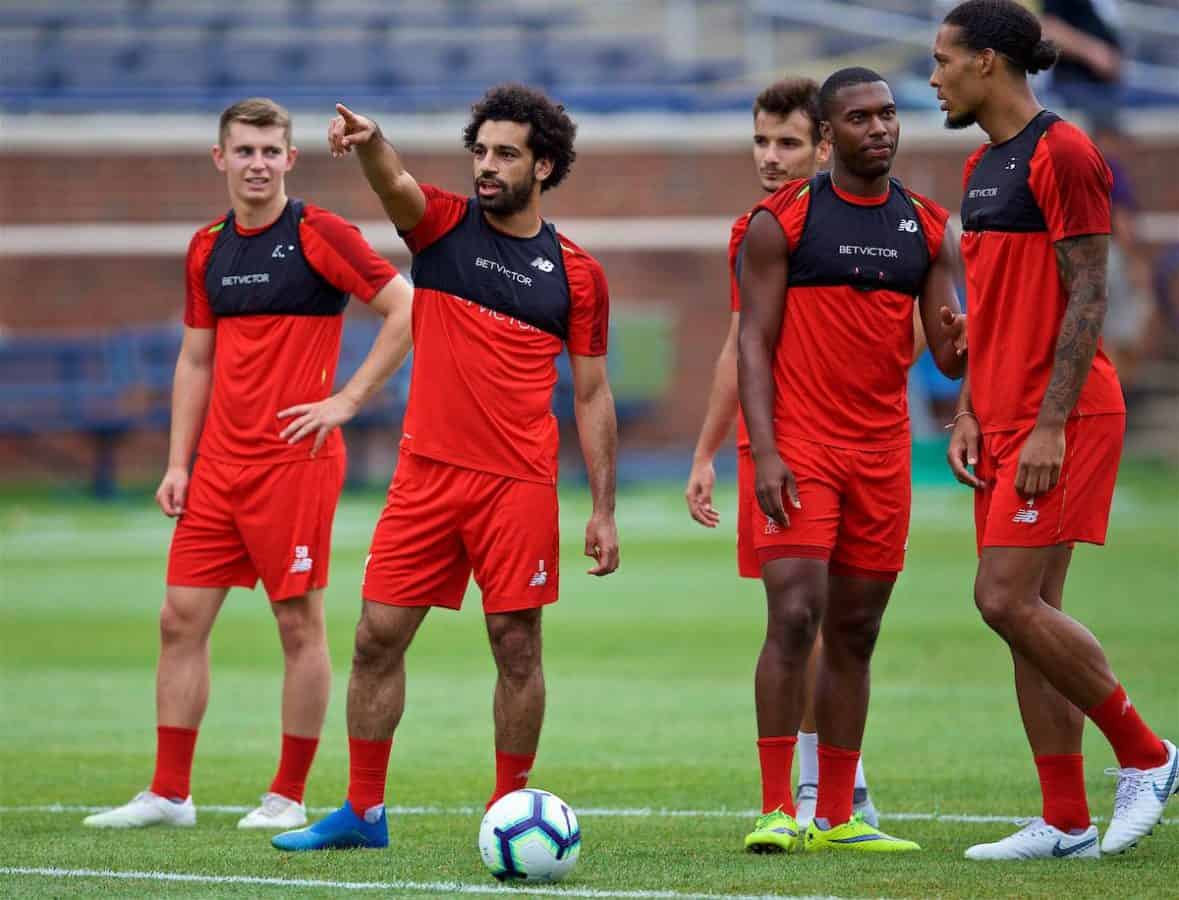 Liverpool arrived in Ann Arbor, Michigan, on Friday, ahead of their pre-season friendly against Man United on Saturday.

The high-profile warm-up game against the Reds’ major rivals will take place at the 107,000-capacity Michigan Stadium, known as ‘the Big House’. Although, a full capacity is not expected, with tickets still available. 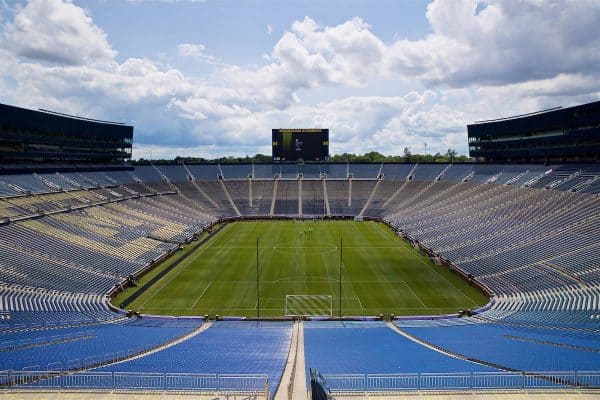 Jurgen Klopp held his pre-match press conference at the stadium – the second biggest in the world – before leading a training session on the pitch. 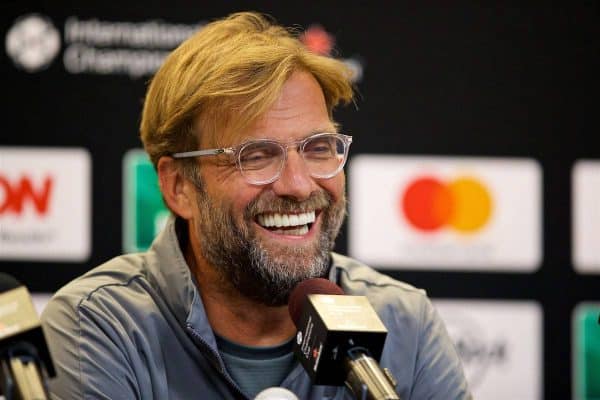 Xherdan Shaqiri is in line to make his first appearance as a Liverpool player in the match, with the Swiss attacker expected to make a late sub showing. 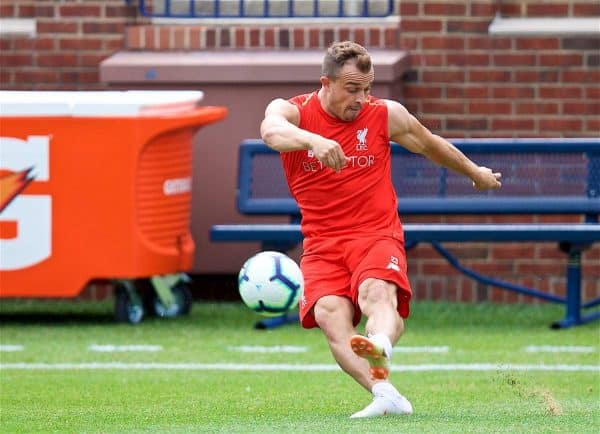 The session itself was a relatively basic recovery session, with a little tactical work at the end – followed by a crossbar challenge game for some fun. 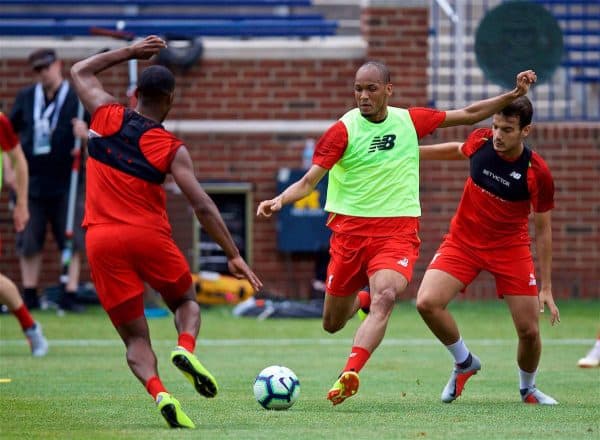 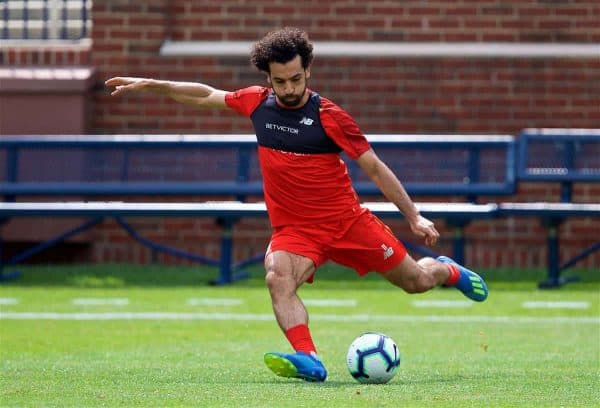 Coach Pepijn Lijnders was, as ever, very vocal. 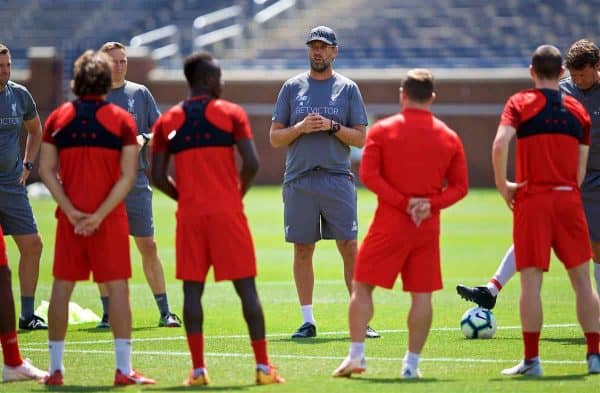 Young ‘keeper Caomhin Kelleher, who impressed against Man City in the week as a sub, could start against Untied with Loris Karius ruled out through injury.

Kelleher and fellow stopper Kamil Grabara will play 45 minutes each.

After training, the players and manager mixed with the fans who were lucky enough to be invited to the training.

The Reds will train again on Saturday ahead of the match, which kicks off at 10.05pm (UK time).

After the match, the squad will return to Merseyside shortly, before heading to Evian in southern France for a week-long training camp.