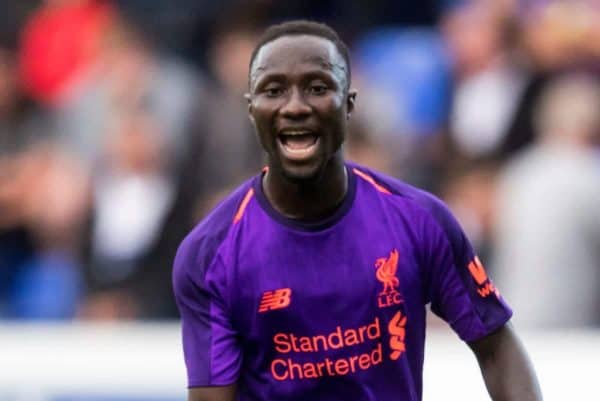 Liverpool face Bury in their third pre-season match on Saturday, with another step-up in opposition quality expected from the new League Two side.

The Reds ran out 3-2 winners during the week against Tranmere Rovers, but it was far from all smiles as costly second-half mistakes made the match less comfortable than it should have been.

Liverpool were three goals up by the break, thanks to goals from Rafa Camacho, Sheyi Ojo and Adam Lallana, but conceded twice after the restart.

Next up it’s another League Two side in Bury, though they should present a more formidable challenge than Tranmere did; Rovers have just come up from the National League Premier, while Bury have just been relegated from League One.

Here’s everything you need to know ahead of the Reds’ third pre-season clash of the summer.

Jurgen Klopp managed to give all 22 members of his match-day squad a half against Tranmere, and the likelihood is that the same plan will be in place against Bury.

Danny Ings missed out last time after a knock sustained against Chester and there has been no suggestion he’s ready to return just yet.

Allan Rodrigues remains without a work permit and thus on trial at Eintracht Frankfurt, while Lazar Markovic clearly has no future and won’t be involved.

Gini Wijnaldum is back with the group for pre-season training, but was not involved on Thursday so must wait and see if he’s included for match action.

However, defenders Joel Matip and Virgil van Dijk should both be available for selection for the first time this summer.

Bury have conceded 10 and scored none in their opening two matches—but that’s largely down to playing far better sides.

They played Rangers, losing by six, in their opener, before a 4-0 reversal against Huddersfield Town.

After the Reds they’ll also face Everton, before a match against the Reds’ own first opponents, Chester.

Manager Ryan Lowe has been busy making on- and off-field additions this week, with Swiss striker Gold Omotayo the latest arrival.

Perhaps the best-known players at Bury include striker Jermaine Beckford, formerly of Leeds and Everton, and Liverpool-born midfielder Neil Danns, formerly of Bolton and Crystal Palace.

Also known as the Energy Check Stadium under a sponsorship agreement, Bury’s stadium has also hosted second-string matches for Manchester United down the years.

The Reds haven’t visited, for either an official or friendly match, since 1962.

Tickets are still available at the time of writing from the Bury ticket office on the day of the match, but fans cannot pay on the turnstiles.

The boss is hopeful that a few players will recover from niggles in time to play.

“It’s pre-season so I don’t know exactly who will be ready for Saturday, to be honest.

“I hope Joel [can play], it looks like that. Virgil can play.

“Gini was not in training this morning; that’s pre-season, sometimes they feel a little bit here or a little bit there and the medical department tell me: ‘not today’. I don’t know if he will be in tomorrow, we will know that a little bit later.”

On the last outing, Klopp felt the Reds caused all their own problems and will be looking for a more polished performance as pre-season goes on.

It’s still early stages. A lot of teams started only yesterday and we are already eight or nine days in.

We want to use that time, we don’t want to make early tests in the games and say: ‘that’s not enough’. We only want to play as often as possible and work with the results and the performances.

As long as it’s fair and they cause us problems, it’s good for us.

I don’t think Tranmere caused us too many problems, we caused our problems ourselves but that’s part of football as well. It was a nice atmosphere, the pitch was really good. I liked the game.

Now let’s do the next step. It’s much more important in the pre-season what we do in the sessions. In the games sometimes you see a little bit of it, sometimes not. You need to play football with instinct and we create this kind of instinct again.

The plan is to be stronger after pre-season than before pre-season, reach the level from last year again and use that as a basis for the next step.

Bury vs. Liverpool will be shown live on LFC TV and LFCTV GO, with coverage beginning at 2pm (BST) and kick-off an hour later at 3pm.

Chris Williams will be on live blog duty for This Is Anfield, bringing you the latest news and updates before and during the match as the Reds prepare for the new season.