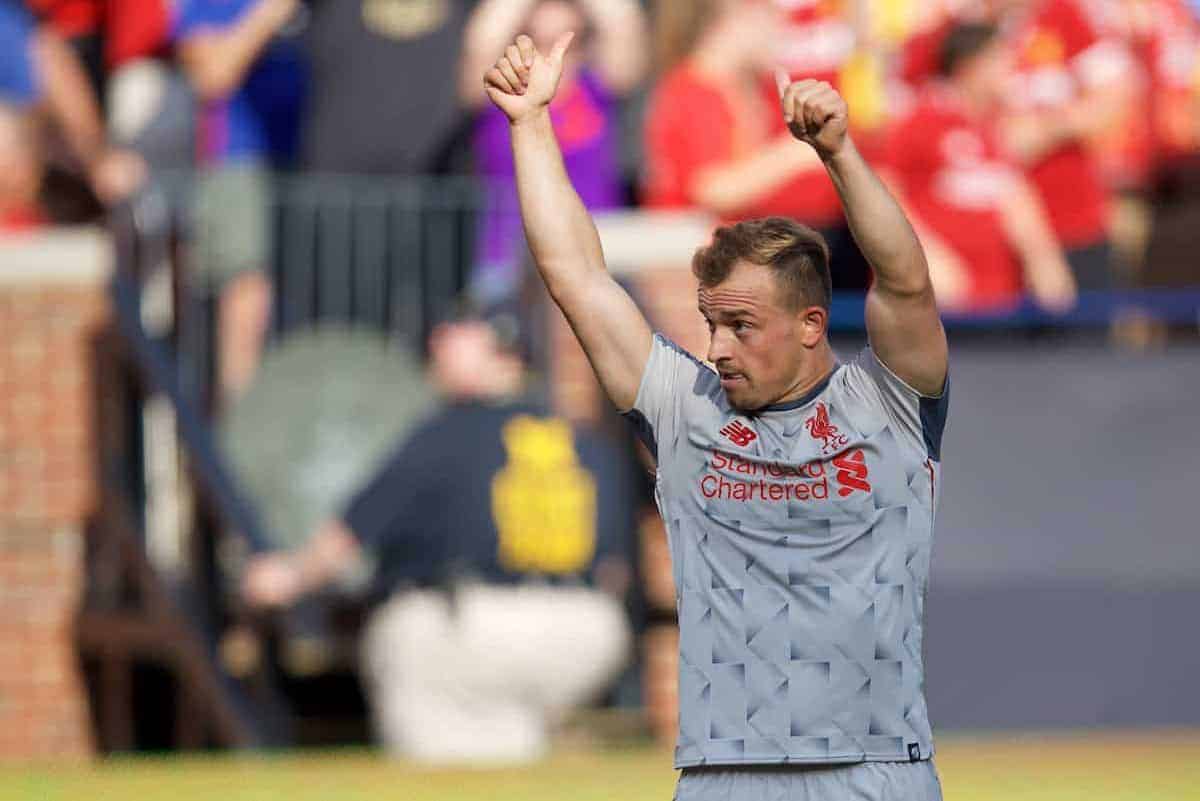 The Reds took on their biggest rivals in the last match of their US tour and it was to be an enjoyable occasion as 101,000 fans watched on at the Michigan Stadium.

Sadio Mane‘s penalty gave Jurgen Klopp‘s side the lead, but Andreas Pereira equalised with an unstoppable free-kick before half-time.

Liverpool absolutely bossed proceedings in the second half, with Daniel Sturridge, Sheyi Ojo and Shaqiri all finding the net.

The Reds were comfortably the better side and it further suggests they will be Man City‘s biggest title rivals this season, even though key men were missing from both teams.

What a goal, and on his debut! pic.twitter.com/IFYXWxbXIf

That’s exactly why Shaqiri will be great, we have someone who has the potential of producing match-winning, world-class moments off the bench.

Meanwhile Charlie Adam is eating chips on his couch.

Shaqiri looked good in the 10 role. Think he was used there tonight because Ojo is a right-winger, but showed he’s a very good option for us there.

Liverpool’s excellent display was also lauded by the masses……

That was really impressive there from many of our fringe players. Knocked the ball around brilliantly.

What's pleasing about that victory is how crisp our passing is. Could have been a bit sharper in the final third, especially in the first half but just an overall pleasing result. #LFC

“Excellent pre-season performance from all. 4-1 wasn’t a reflection of the game as we should have had double figures, dominant throughout.”

Start of the 2nd half (after Mo & Sadio went off) the game was a bit more even tho Utd weren't threatening. Whole of 1st half and after the subs on 65min LFC were dominant. Utd obviously missing a lot of players but our football was inventive and bright. Good game.

A solid performance against a poor United side. A great way to sign off the tour of America. A couple of games left now before the first game of the season. Camacho & Jones probably the standout youngsters thus far. Fabinho starting to settle in, Mané & Salah look brilliant.