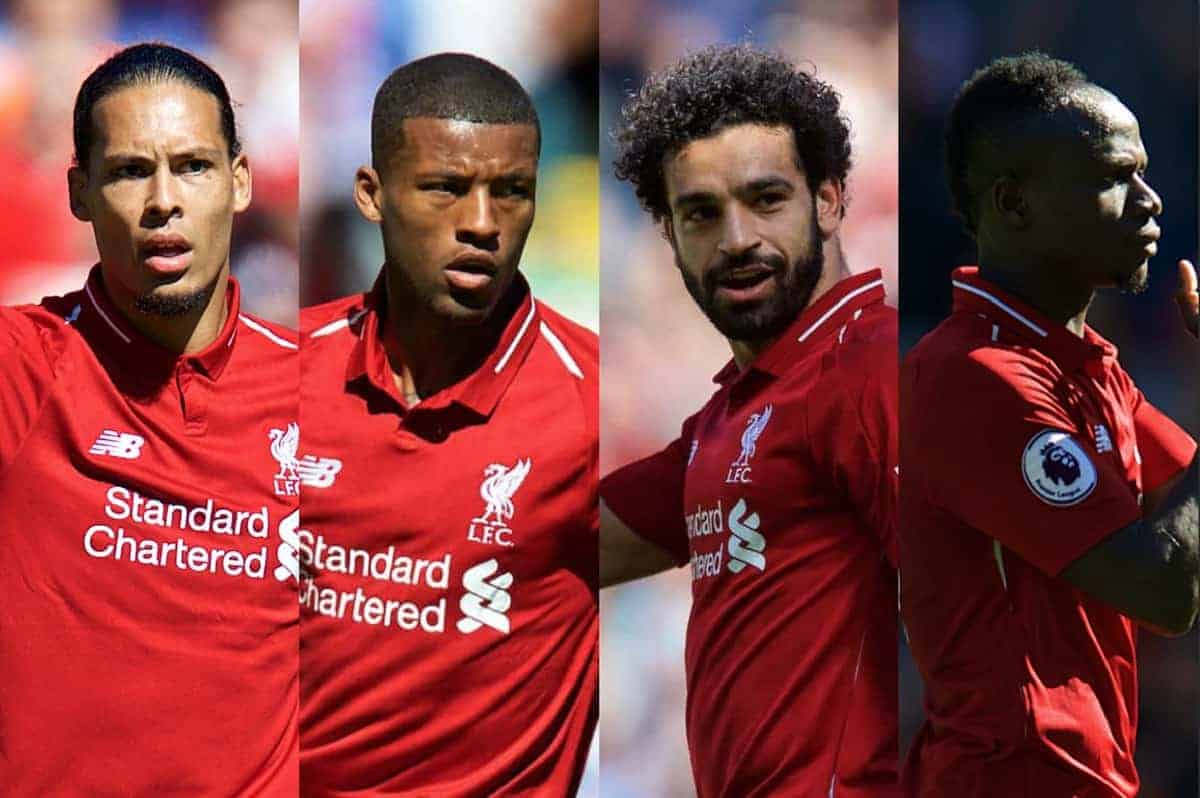 Jurgen Klopp has confirmed when Sadio Mane and Mohamed Salah will report for pre-season, while Virgil van Dijk and Georginio Wijnaldum return shortly.

The Reds will be missing at least 12 players as they take on Chester on Saturday afternoon, with international duties and injury limiting Klopp’s squad.

Meanwhile, Van Dijk and Wijnaldum were given an extended break after international duty with Netherlands in June.

Alex Oxlade-Chamberlain and Rhian Brewster are injured and Joel Matip, Allan Rodrigues and Adam Lallana are all doubts.

But with pre-season just kicking off there remains plenty of time to prepare for the upcoming campaign.

And with Mane and Salah both already having departed Russia after Senegal and Egypt’s exits at the group stage, they will rejoin their Liverpool team-mates for the tour of the United States.

“They come back before the tour to America—the 20th, I think. They had then three [weeks] plus one, two, three days’ holiday. That’s what you need to have,” Klopp confirmed.

“We are in July, we started the pre-season last year in July, so for 12 months these boys have had three weeks off.

“That’s quite intense and now the next 11 or 12 months are waiting for them!

“That’s what we try to give all of them, then they will be involved and then we have to see.

“Of course, they then have to do a lot of fitness work in the USA and we will see when they can play or whatever. But that they are back will be really good.”

Meanwhile, Van Dijk and Wijnaldum will report back to Melwood on Sunday, with the Dutch duo’s first appearance of pre-season likely to come at Bury on July 14. Given their exploits at the World Cup, Mane and Salah will likely arrive behind the rest of the squad in terms of fitness, but Klopp insisted they will be working hard on their break.

“They have a programme they’ve started already on Wednesday,” he added.

“I saw the programme they got… they’ll be OK when they start with us.”

With Belgium, England, Croatia and Brazil reaching the quarter-finals of the World Cup so far, Mignolet, Alexander-Arnold, Henderson, Lovren and Firmino will return later.

Their first appearance could come after the US tour, with Liverpool embarking on a short training camp in the south of France before taking on Napoli in Dublin on August 4.

Grujic has also left Russia after Serbia’s frustration in the group stage, but the midfielder is expected to join Cardiff City on a season-long loan.