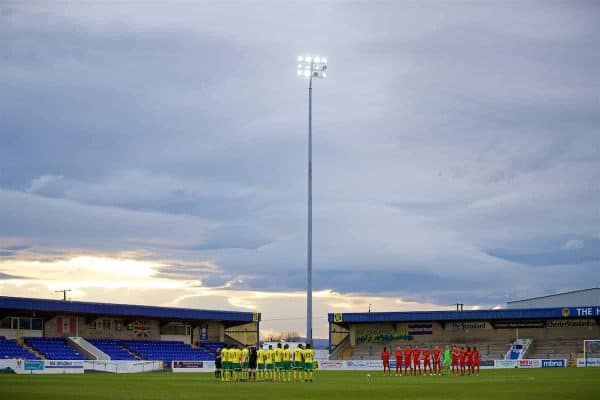 Here’s how to watch Chester vs. Liverpool in their first pre-season friendly on Saturday (3pm BST), live online and on TV around the world.

Rounding off their first week back in training, the Reds take on National League North side Chester at Deva Stadium this afternoon.

Jurgen Klopp welcomed back a mixed squad on Monday morning, with the likes of Virgil van Dijk, Jordan Henderson, Mohamed Salah and Roberto Firmino all absent due to international commitments.

New signings Fabinho and Naby Keita have been part of the group at Melwood, however, and Klopp has confirmed the duo will feature against Chester.

So can they get off to the perfect start in Cheshire? And how will the incoming pair perform?

Chester vs. Liverpool is being shown live on LFCTV, which is available to live stream through LFCTV GO here.

Liverpool’s pre-season opener will clash with England’s World Cup meeting with Sweden in Samara, with coverage of the Three Lions’ quarter-final live on ITV1 for UK viewers.

Jordan Henderson is expected to start for Gareth Southgate’s side, while Trent Alexander-Arnold will likely take his place on the substitutes’ bench.

If England are triumphant on Saturday, they will meet either Russia or Croatia in the semi-finals on Wednesday night.

The Reds’ upcoming friendly at Tranmere Rovers has subsequently been moved to Tuesday, July 10.

This is Anfield will have full coverage online here and through the app here.