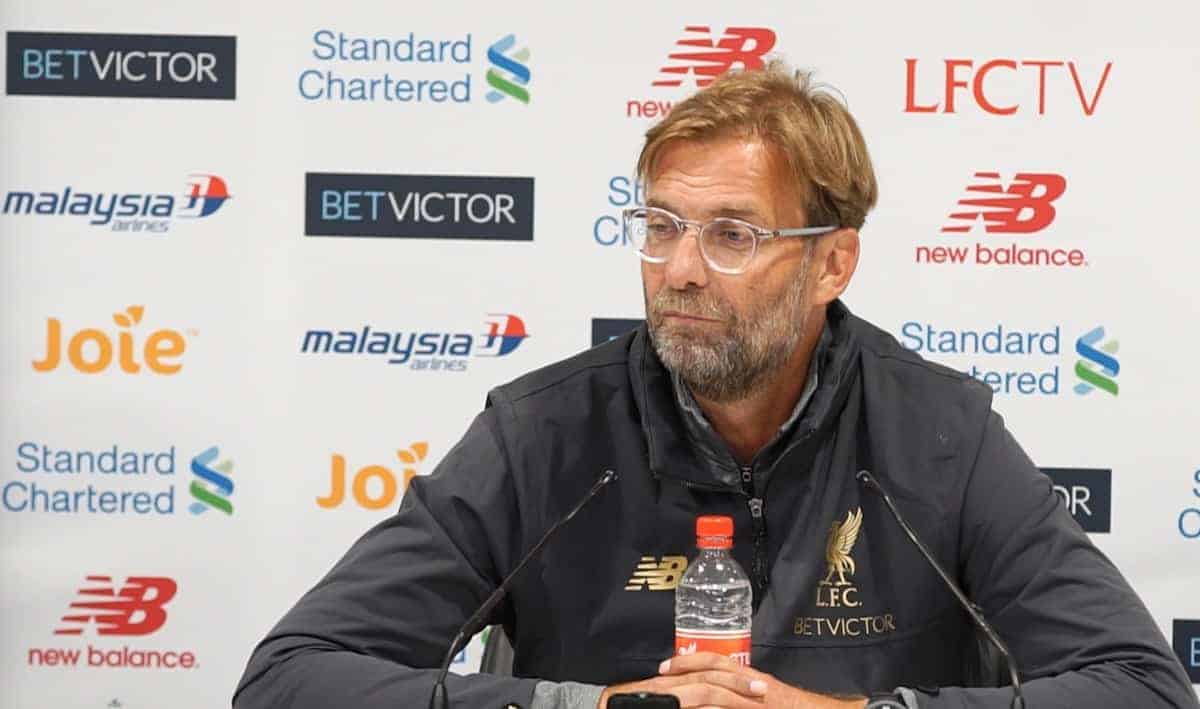 Liverpool manager Jurgen Klopp is not concerned by his defensive options heading into the opening weekend of the season, despite being able to field only one senior centre-back in the 3-1 friendly win over Torino.

With Joe Gomez, Joel Matip and Ragnar Klavan all carrying injuries Virgil van Dijk cruised through the first half alongside under-23 defender Nathaniel Philips.

In the second half at Anfield midfielders Fabinho – who missed an early penalty – and Marko Grujic both filled in as Van Dijk only played 45 minutes but Klopp is not worried ahead of Sunday’s visit of West Ham.

“I think (Joe Gomez) is OK. It is nothing serious but it was not possible tonight as he played on Saturday,” said Klopp.

“Dejan (Lovren) is in but he’s not had a long holiday (after the World Cup final).

“For Raggy (Klavan) and Joel it is probably not good enough as they are not fit for the weekend but we don’t need 12 centre-halves.” 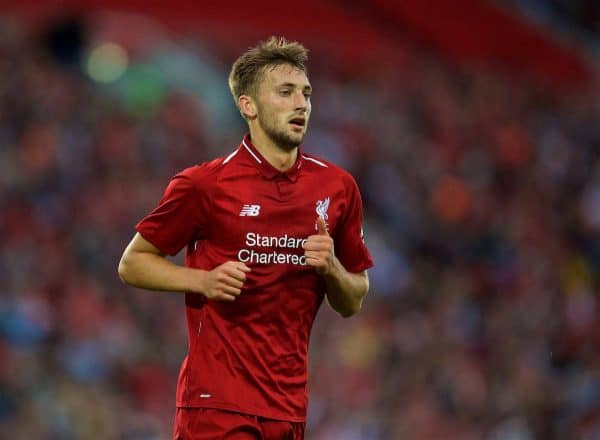 Goalkeeper Alisson Becker, Fabinho, Naby Keita and Xherdan Shaqiri all made their Anfield debuts for Liverpool with the latter impressing with an assist for Daniel Sturridge to score the third goal after Roberto Firmino and Georginio Wijnaldum had given the hosts a 2-0 lead.

Alisson was not able to keep a clean sheet after being beaten by Andrea Belotti’s close-range header but his departure late on saw Loris Karius warmly welcomed back to Anfield by fans after his two costly errors in the Champions League final defeat to Real Madrid.

It was a moment which pleased Klopp as much as the performance.

“I was not surprised to be honest but as a human being I was hoping for it and I loved it,” he added.

“We showed tonight a really nice face and that helps, not only Loris but the others as well that they see this is a very special place. It was a really big gesture.”

Klopp has not ruled out captain Jordan Henderson featuring on Sunday despite only returning to training at the weekend. 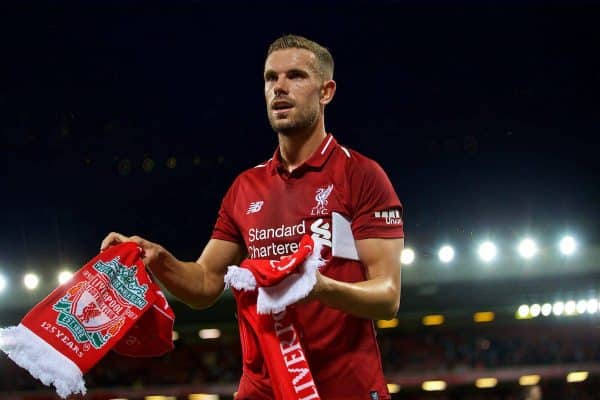 “I am not sure but it is Hendo. In his first session he looked like he trained the whole three weeks completely,” said the Reds boss.

“He was in a really good shape so we thought a few minutes tonight would be possible.

“He is a very important option but I have no clue what we will do at the weekend.

“Hendo needs a pre-season but not as much as the others as he has not had long off.”