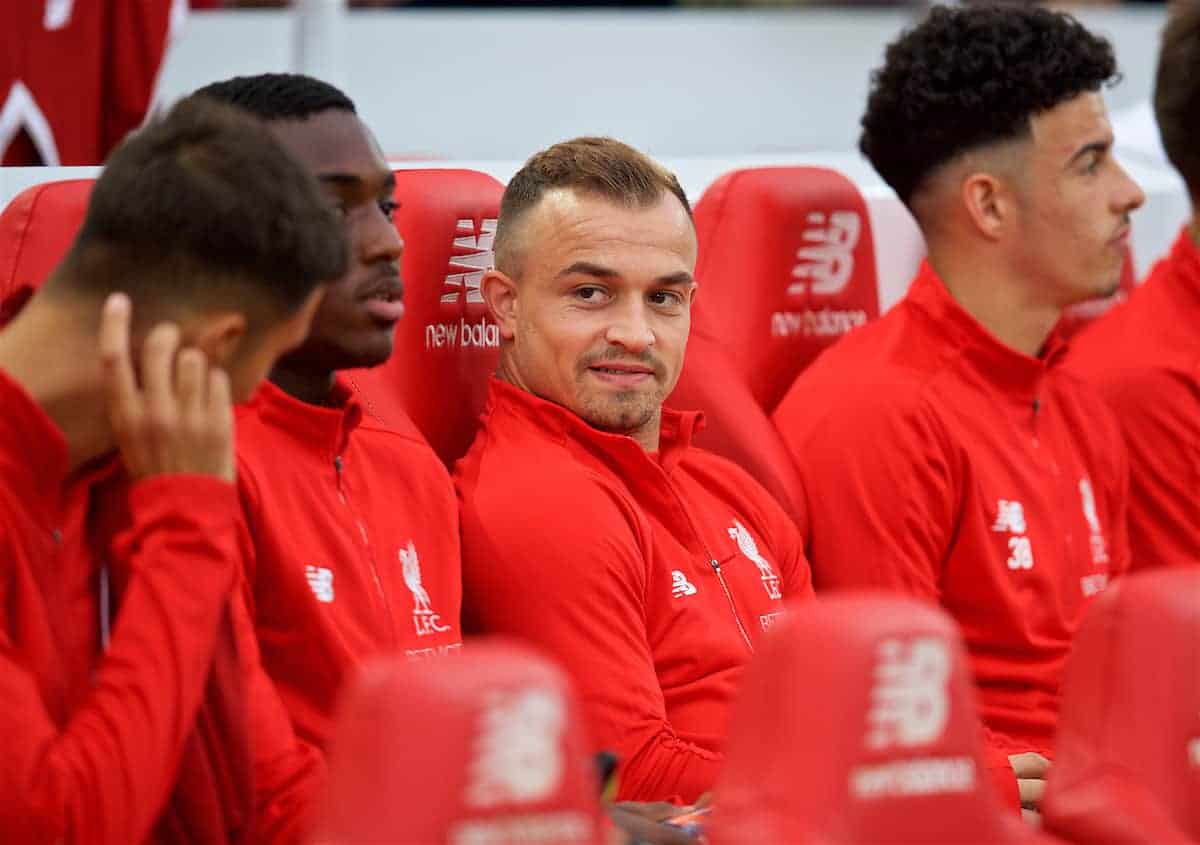 Jurgen Klopp has praised the new-found depth at his disposal at Liverpool, despite naming the same starting lineup for the first three games of 2018/19.

The Reds travel to the King Power Stadium on Saturday looking for a fourth consecutive victory, and there is a likelihood that Klopp will again name an unchanged side.

So far this season the likes of Fabinho, Alberto Moreno, Jordan Henderson, Xherdan Shaqiri and Daniel Sturridge have all been forced to make do with a role on the sidelines.

Speaking to reporters at Melwood on Friday afternoon, the manager suggested he would stick with the same lineup for the clash with Leicester City, but is planning to utilise his squad depth in the near future:

“Today it’s good, but it needs to stay good.

“It was always clear August would be a bit different, we’ve started now three times in a row with the same starting lineup.

“That will not happen too often from now in the future.

“It’s probably not possible, but hopefully we’ll have the choice in that part of the season.

“We didn’t [strengthen] for August, we did it for pretty much all of the months of the season.

“It’s absolutely good but we have to prove that on the pitch.

“We try to help with all we can with training routines, but in the end it’s still like this: the boys have to deliver.

“I thought about the pre-season, it looked really good, now all the players are four weeks further, in a much better situation than three weeks ago when the pre-season started.

With only Lazar Markovic expected to leave before the European transfer window closes on Friday, Klopp’s remaining peripheral figures can only hope to impress on the training field.

And he has explained that this is already the case, with a lengthy spell at Melwood presenting “a lot of possibilities” for his side.

“When we win the game in a week like this, Saturday to Saturday with three very intense sessions, I’m pretty open to anybody who shows me the most, who shows me he’s desperate to play,” he added.

“Of course there’s a little advantage for the lineup who won the game last week.

“In the best way it’s always like this, nobody has a weaker week from the starting lineup, but somebody maybe is showing up.

“Then it’s about what fits for the opponent. It’s not that I closed the book already after the game: ‘We won again, and they’ll play again’.

“There’s a lot of possibilities during a normal week. It’s a lot more difficult when you play three times a week because I have to ‘guess’ a lot more. 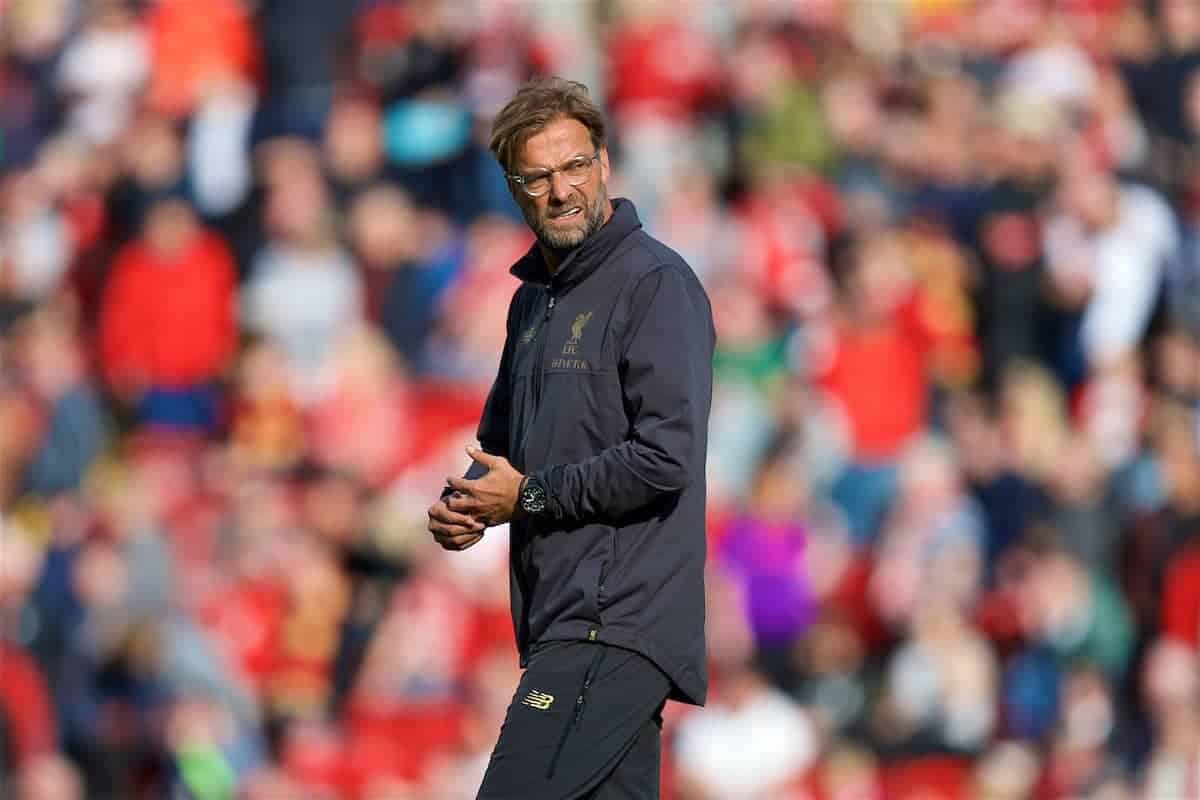 “But in this week especially, I saw a lot. The quality of training needs to be a really high level.

“That’s a good thing, when the squad is all really fit and available.

“When you have 21, 22 players, and they are all in a really good moment—even the players who didn’t play—then the quality is really high.

“If we can take that through the season, it would be a real help.”

Bar Dejan Lovren, Alex Oxlade-Chamberlain and Rhian Brewster, who remained out due to injury, Liverpool boast a fully fit squad for Saturday in the East Midlands.