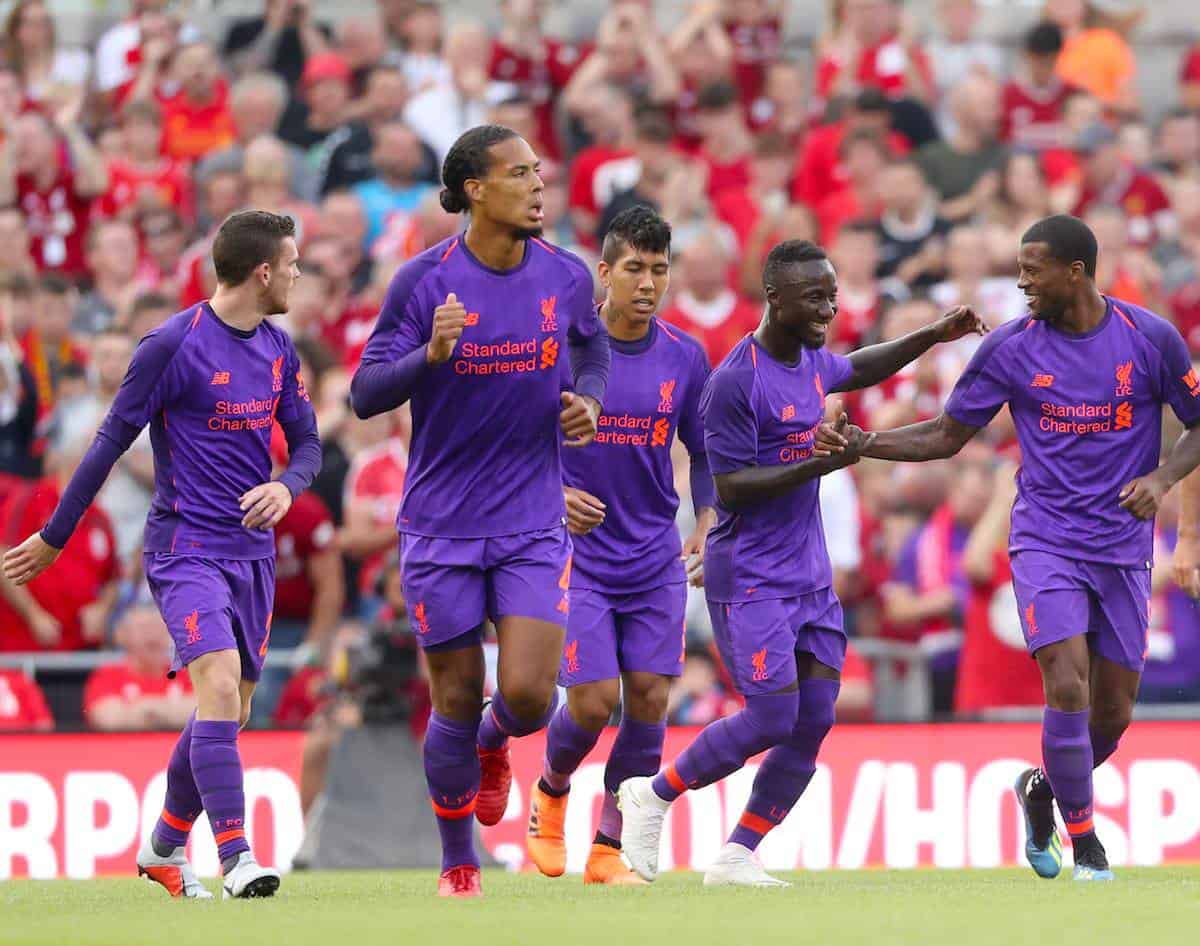 Liverpool produced an emphatic display in Dublin as they recorded a 5-0 win over Napoli in the penultimate game of a hugely promising pre-season. 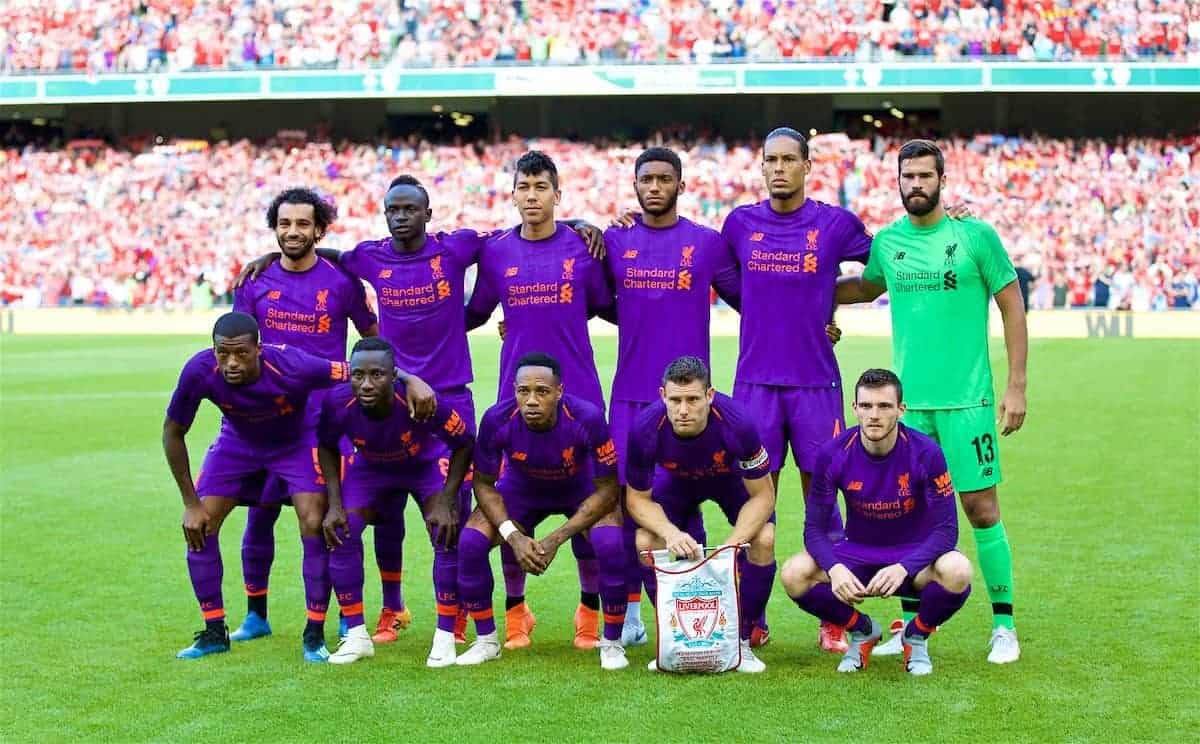 Jurgen Klopp named close to his strongest possible side in Dublin, with Fabinho omitted as Georginio Wijnaldum gained valuable game time in the No. 6 role.

All eyes were on Alisson on his first appearance since joining from Roma for a world-record fee, but the Reds’ blistering attack took the attention off the goalkeeper, with James Milner getting his name on the scoresheet within four minutes.

The stand-in captain turned provider soon after, with his right-footed in-swinger nodded home by Wijnaldum, for another rare goal away from home for the Dutchman.

Liverpool maintained control as the half wore on, with Virgil van Dijk and Joe Gomez mopping up well at the back when Napoli launched hopeful balls forward.

There were signs of Naby Keita‘s early chemistry with the front three, but despite Mohamed Salah being released down the right on a host of occasions the first half ended at 2-0.

After a solid 45-minute showing, Roberto Firmino was withdrawn at the break as Xherdan Shaqiri joined Salah and Sadio Mane as part of Klopp’s fluid, three-pronged attack.

The manager was forced into another change on 55 minutes as Milner suffered a head injury, with Fabinho taking to the field to complete the set of Liverpool’s summer signings on the pitch.

It was an old favourite who added to the Reds’ tally shortly after, however, as Salah curled home into the top corner from inside the penalty area.

Trent Alexander-Arnold was among a host of introductions on the hour mark, with the right-back making his first appearance since his involvement at the World Cup with England.

Another substitute, the ever-impressive Daniel Sturridge, notched the Reds’ fourth, then saw his sumptuous long pass out to Alberto Moreno register an assist as the left-back hammered home to seal the 5-0 win.