Liverpool could part ways with under-fire goalkeeper Loris Karius this summer, with the 25-year-old among a list of targets for a Bundesliga club.

The Reds welcomed world-record signing Alisson to training for the first time on Tuesday, and the Brazilian’s save to deny Marko Grujic from point-blank range quickly went viral.

Jurgen Klopp clearly has a lot of faith in his new first-choice stopper, which in turn puts his other two senior options in a difficult position.

For both Karius and Simon Mignolet, opportunities could prove scarce with Alisson settled between the sticks, and they could both be sold imminently.

That is according to the Telegraph‘s John Percy, who claims Liverpool are considering parting ways with the pair before the transfer window closes.

Though clubs in England cannot sign players beyond the evening of August 9, they can continue to sell to foreign sides throughout the rest of the month.

Percy claims that this could provide Karius with a chance to return to the Bundesliga, where he established himself as one of the finest goalkeeping prospects in Europe during his time with Mainz.

The destination touted is Bayer Leverkusen, though given they have already signed Lukas Hradecky as their new No. 1 this would see Karius face a similar quandary to that at Liverpool.

However, it is feasible that clubs in the German top flight are willing to take a punt on the ‘keeper, with Augsburg still yet to replace Marwin Hitz, for example.

For Mignolet the decision could be more difficult, with both Besiktas and Barcelona credited with an interest—the former, he would likely be No. 1; the latter, a high-profile backup. 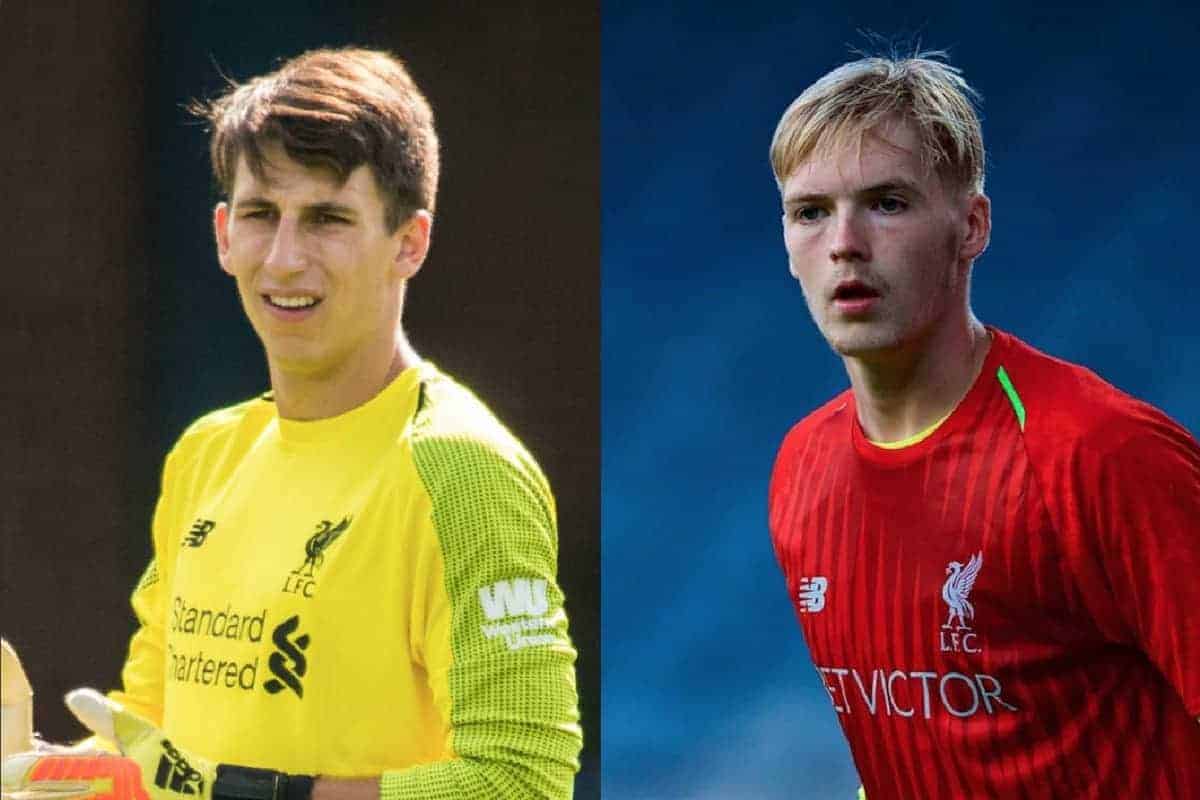 Perhaps most interesting is that both Kamil Grabara and Caoimhin Kelleher are “understood to have impressed the Liverpool manager in pre-season.”

The pair have alternated between the sticks as Karius’ alternative so far in pre-season, and shared duties when he was ruled out of the 4-1 victory over Man United on Saturday.

Whether Klopp would take the risk in appointing the pair No. 2 and No. 3 for the coming campaign is questionable, as any injury to Alisson would required an inexperienced option to fill in.

He has clearly shown a faith in youth elsewhere throughout his squad, but goalkeeper is a different, less forgiving role than, for example, right-back.

However, with Liverpool considering a deal to sign Kai McKenzie-Lyle after the youngster’s trial with the U23s last week, it is possible one will be promoted to third choice.