Wearing the captain’s armband, Paul Glatzel has enjoyed a remarkable start to the season for the Liverpool U18s. But who is the promising forward?

The Reds’ academy has proven to be a very productive one in recent years, with Trent Alexander-Arnold the poster boy for the road from Kirkby to Anfield.

Nat Phillips made a big step up in the manager’s consideration, while Rafa Camacho and Curtis Jones continued their swift development and George Johnston made a dream cameo against Torino.

With the route into the senior squad the clearest it has been for many years, all eyes are on Barry Lewtas‘ U18s this term, as the new coach cultivates another generation.

Having made an incredible start to 2018/19, Glatzel could well be the next breakout star. 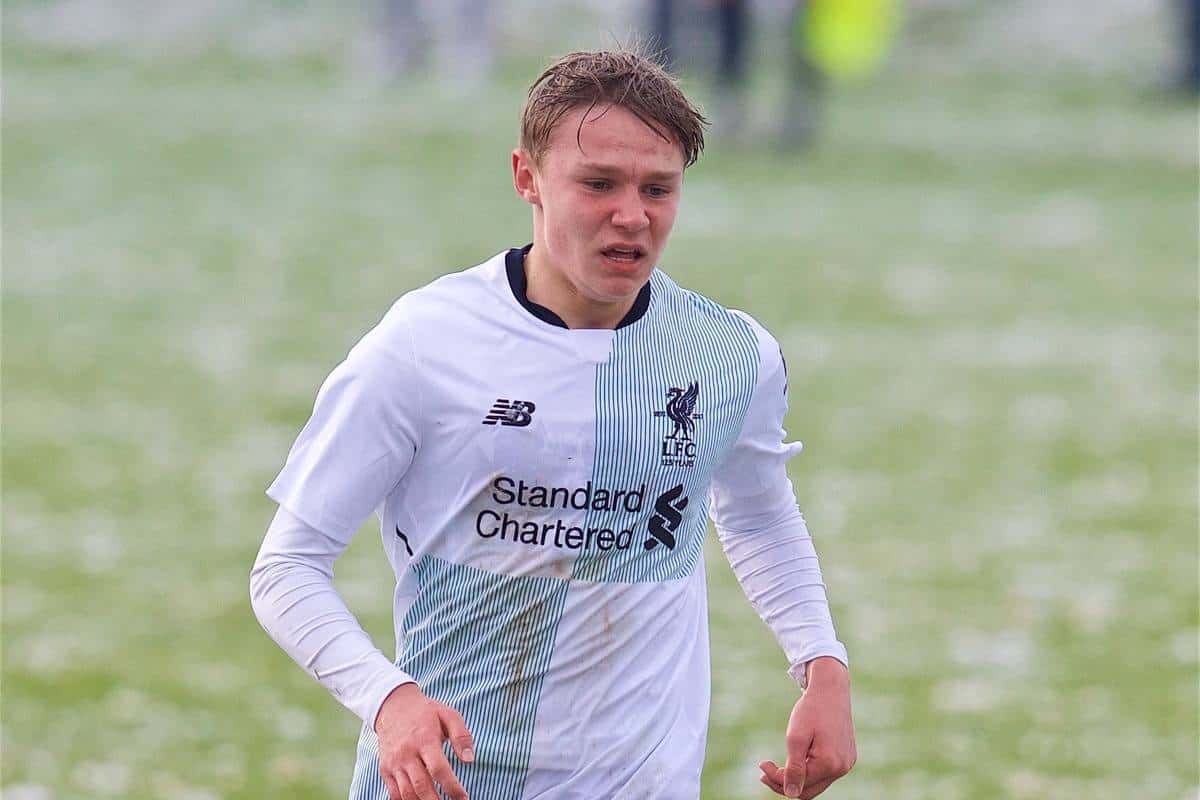 Born in Liverpool to German parents, Glatzel joined the Reds before his 10th birthday, and has steadily progressed through the ranks since his arrival.

He was promoted to the U18s squad on a regular basis at the beginning of last season, but a series of injuries hampered his progress during Steven Gerrard’s reign.

This limited Glatzel to just two start for the young Reds, along with a further seven appearances as a substitute, but there were still positives to take from the campaign.

He scored on his first start of the season, firing home from Jones’ cutback in a 5-2 thrashing of West Brom in the U18 Premier League, while he was part of Gerrard’s side in the 4-1 win over Maribor in the UEFA Youth League.

This experience, travelling along with the first team to Slovenia, will have been invaluable to the teenager despite coming in a season marred by fitness issues.

But pre-season, and a new manager in Lewtas, offered Glatzel the opportunity for a fresh start, and he shared the captain’s armband with the returning Edvard Tagseth during the U18s’ summer friendlies. 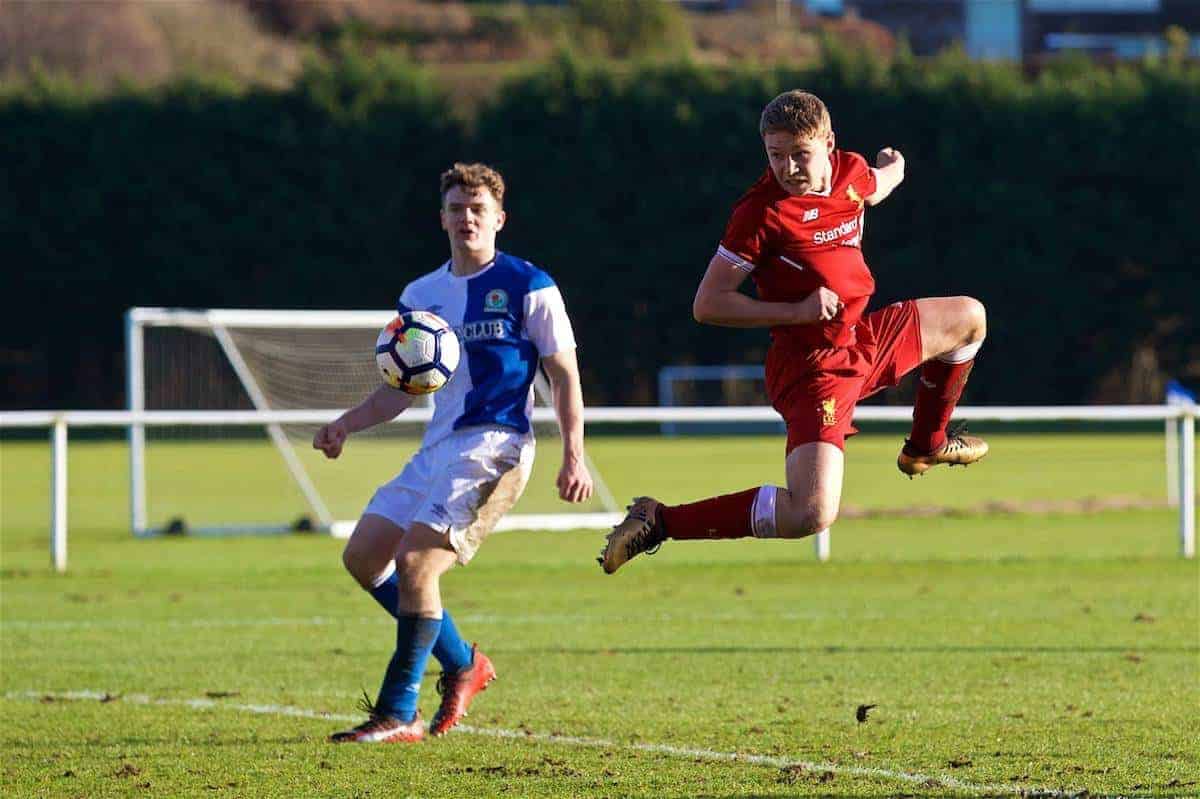 Aiding his progress at Kirkby, Glatzel is a highly versatile young player, who has already filled a variety of roles during his time with the U18s.

On his first start for Gerrard, for example, the Liverpudlian was deployed alongside Elijah Dixon-Bonner at central midfield, filling in for Tagseth as the more advanced of the pair.

Glatzel can also operate out wide and in the No. 10 role, but for Lewtas he has so far been called upon as a roaming centre-forward alongside Bobby Duncan in a 4-4-2.

There he has been able to showcase his “elite talent,” with former Reds youth coach Tim Lees showering him with praise when speaking to This is Anfield.

“Paul is an elite talent; brilliant one-on-one especially with the defender behind, has such intelligent movement to arrive into spaces and scores every type of goal,” Lees enthused.

“He was very small as a youngster but his intelligence, with and without the ball, always gave him an advantage over the opponents.” 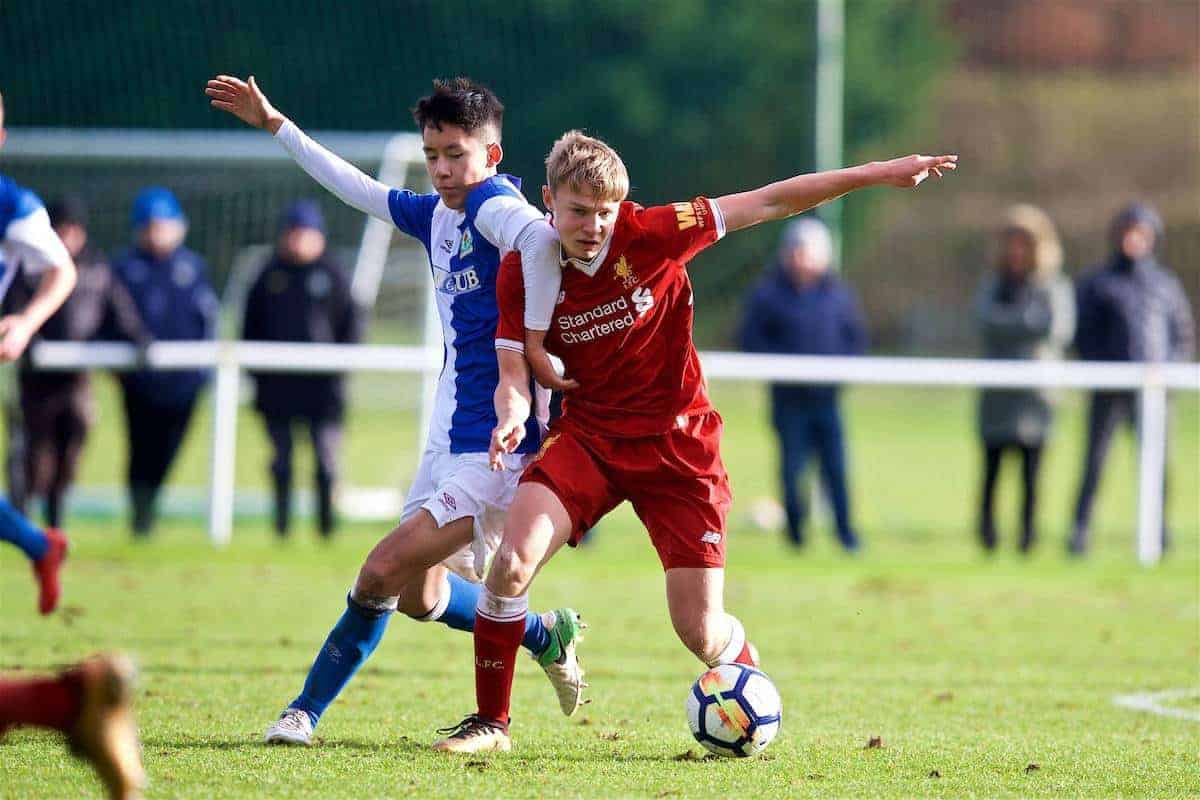 While Duncan, a new arrival from Man City, has primarily performed as a poacher, Glatzel has used his skill and movement to serve as both creator and finisher.

He has a very high work rate, good strength in holding up the ball and an eye for a pass in the final third.

Most importantly, he also has an eye for goal, scoring six in three U18 Premier League games for the Reds so far this season, after netting four times in pre-season.

Leading the U18s out, too, he has shown real authority, and while Duncan is Gerrard’s relative, Glatzel has shown similar qualities to the Liverpool legend in how he leads by example.

His approach on and off the pitch is what saw Glatzel stand out during Lees’ time working with him:

“What made him different was his psychological mindset.

“He had an infectious attitude towards the game; never missed sessions, played through knocks, never complained about anything, incredibly driven and self motivated.

“Off the field he was always dedicated to his school work, learning various languages, [and] comes from a great family.” 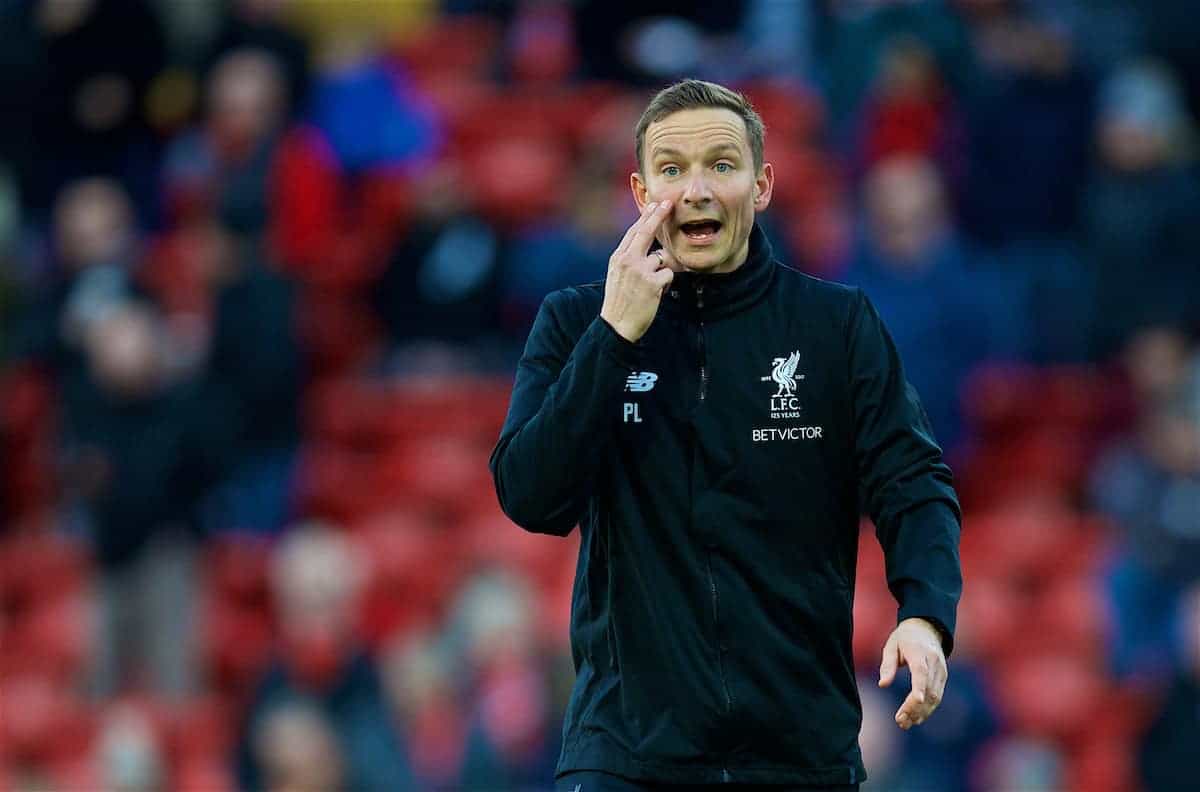 Given the importance Klopp places in a player’s character—arguably considering it on par with their quality on the field—this should ensure a bright future for Glatzel at Liverpool.

It remains very early in his development, but the strides he is making with the U18s this season will no doubt catch the eye—particularly with Pepijn Lijnders now back at the club.

Speaking to the Times‘ Jonathan Northcroft in 2017, Lijnders named Glatzel, Jones and Luis Longstaff as part of the next in line at the academy.

If he can remain injury free, and maintain his form up front for the U18s, the dual-heritage star can expect a move up to the U23s before long.

Glatzel could even make an appearance in training with the first-team squad, as Klopp and Lijnders are certainly not averse to drawing upon the club’s wealth of young talent.