Liverpool defender Dejan Lovren has denied any wrongdoing after being charged with perjury in his native Croatia.

Lovren and fellow Croatia international Luka Modric were caught up in the scandal that brought down Zdravko Mamic, a powerful football administrator, who was sentenced to six-and-a-half years in jail this summer.

A court in Osijek ruled in June that Modric and Lovren unlawfully received half of the transfer fees that Dinamo Zagreb, where Mamic was an executive, were paid to secure their moves to Tottenham and Lyon, respectively, and then transferred the majority of that money to Mamic in accordance with illegally backdated clauses in their contracts.

Writing on Instagram, Lovren said: “After coming from afternoon training, I learned that the media in Croatia and then in England reported the news that an indictment was filed against me for giving a false statement in one case in Croatia. 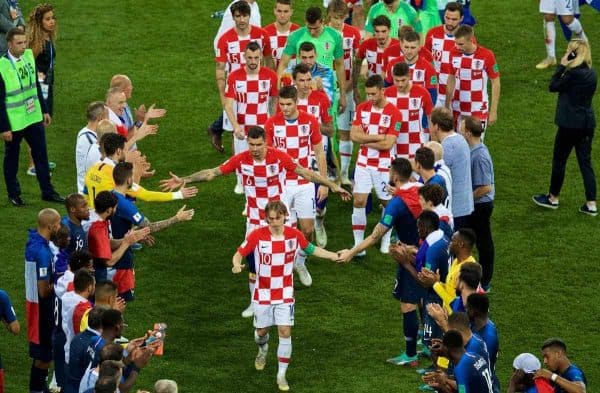 “My family, friends and acquaintances told me the same thing. So before I saw or received the indictment at all, and before my attorneys received it, all the media reported the news.

“This is simply not fair, not just, not sporting. In this way, acting on me and my family is extremely discriminatory and unfair. A fight that is not fair and I’m not used to.

“But I want to say this to all, especially to my family, friends, supporters in my homeland, my club and my club’s fans in England, (that I am) innocent. I did not commit any criminal offence. I am proud of my life, every step of my life, everything that my family and I have created.

“With indignation I dismiss all accusations, and to anyone who wants to ruin my reputation and the reputation of my family, I say it will not succeed.”