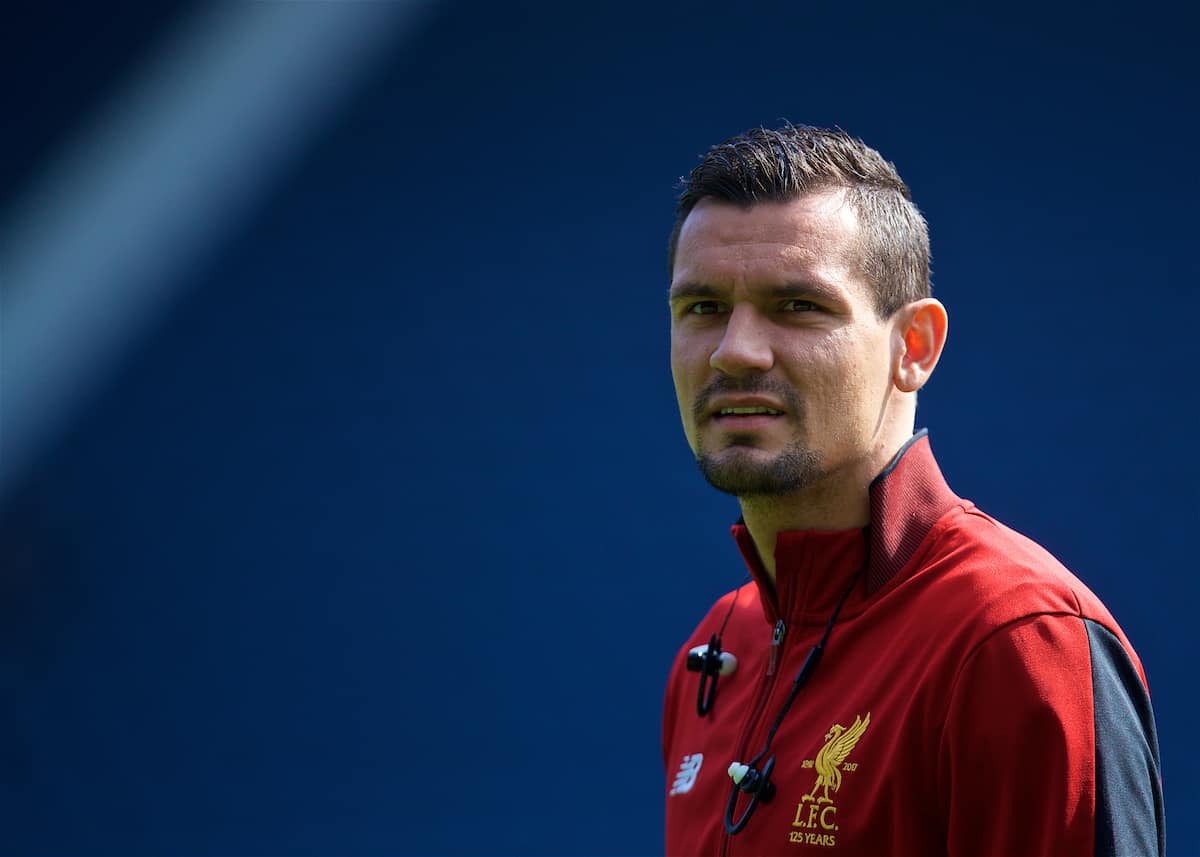 Dejan Lovren is unlikely to make his first appearance of the season until the end of October.

The 29-year-old defender returned from to Melwood in late August after participating in Croatia’s run to the World Cup final, but arrived back with a stomach muscle issue that he admitted the club were “not happy about.”

Lovren said that he was “suffering a lot of pain” and would see a specialist doctor in the Netherlands.

He also admitted to playing with the pain during the World Cup’s latter stages, saying “I played with pain and those three games killed me.”

Now, it’s reported that Lovren has resumed individual training for the first time, but isn’t expected to be back in first-team action until after the October international break.

Such an extended period on the sidelines is frustrating for Liverpool, especially as Jurgen Klopp‘s side have a series of big fixtures before October’s internationals.

Fortunately, Joe Gomez‘s form since being given the opportunity alongside Virgil van Dijk has been a huge bonus, and Klopp will be hoping that the 21-year-old can remain fit for the next month.

Joel Matip is the Reds’ only other centre-back and he’ll be expected to deputise for the League Cup third round tie against Chelsea later in the month.

If Lovren’s return is as expected, he will be available for the Premier League match at Huddersfield on October 20, with games against Red Star Belgrade and Cardiff City also that week – perhaps offering a good opportunity to bring him back into the side and rest Gomez.

From there it will then be interesting to see who continues alongside Van Dijk.