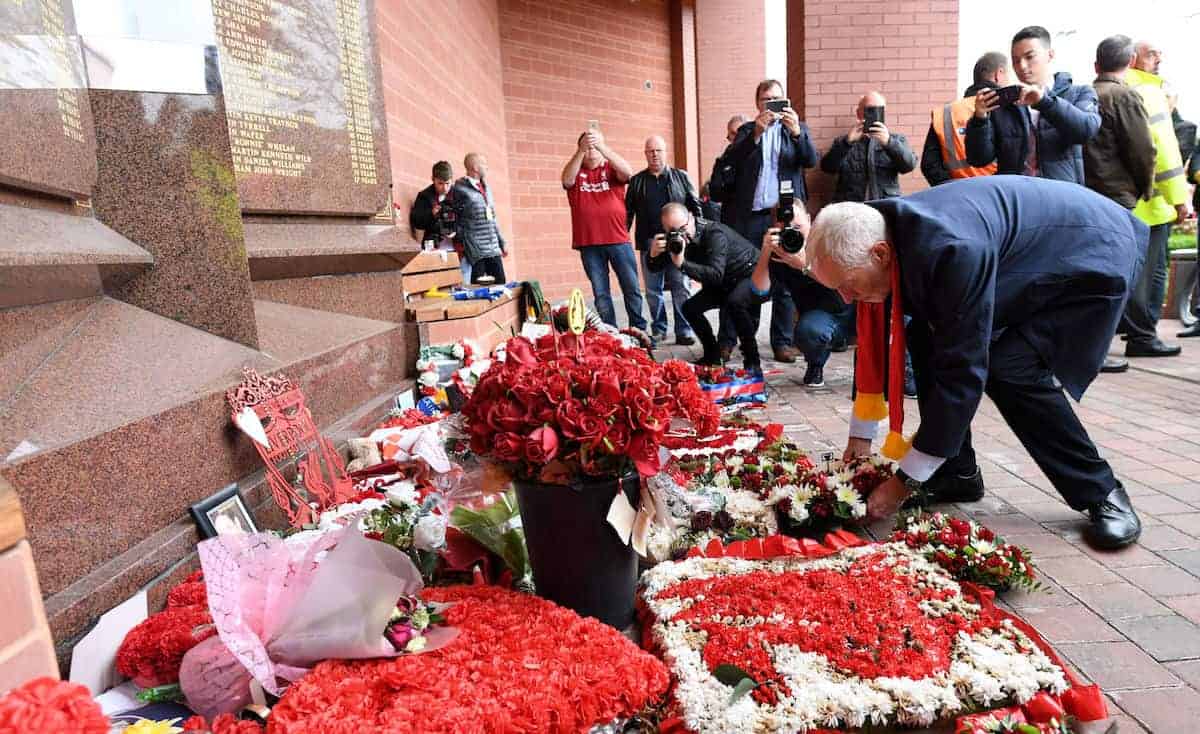 The leader of the Labour party, Jeremy Corbyn, was in attendance at Anfield for Liverpool’s game against Southampton on Saturday and he laid a wreath at the Hillsborough memorial.

Corbyn, an Arsenal supporter, is on Merseyside due to the Labour annual conference taking part in the city this weekend.

Liverpool is a Labour heartland and voted overwhelming for Corbyn’s part in the general election last year.

Corbyn joined local MP Dan Carden at Anfield, meeting with the Fans Supporting Foodbanks initiative before kick-off and paying his respects at the Hillsborough memorial ahead of the game.

On behalf of the Labour Party, I laid a wreath at Anfield in memory of the 96 children, women and men who lost their lives at Hillsborough.

And we pay tribute to the families and survivors who fought tirelessly for the truth and for justice. #LIVSOU #JFT96 pic.twitter.com/48fai9Y1TI

He then took up a seat in the Main Stand alongside Shadow Chancellor John McDonnell – who was born in the city and is a Liverpool supporter. The pair opted not to take hospitality seating, showing their socialist values.

Huge amounts of food are donated here before @LFC matches for food banks in Liverpool – last year providing 11,000 meals for families across the city.

Record levels of food bank use is a national scandal but people coming together to help others is inspirational. #LIVSOU #Lab18 pic.twitter.com/OqmLzho0TO

Corbyn and Labour are facing calls to back a second referendum, or ‘People’s Vote’, regarding Brexit, with Merseyside voting against leaving the EU.

Liverpool manager Jurgen Klopp has been vocal in his opposition to Brexit, saying that “it makes no sense at all.”

“Let’s think about it again and let’s vote again with the right information,” said Klopp. “Not with the information you’ve got around the Brexit campaign. They were obviously not right, not all of them.”