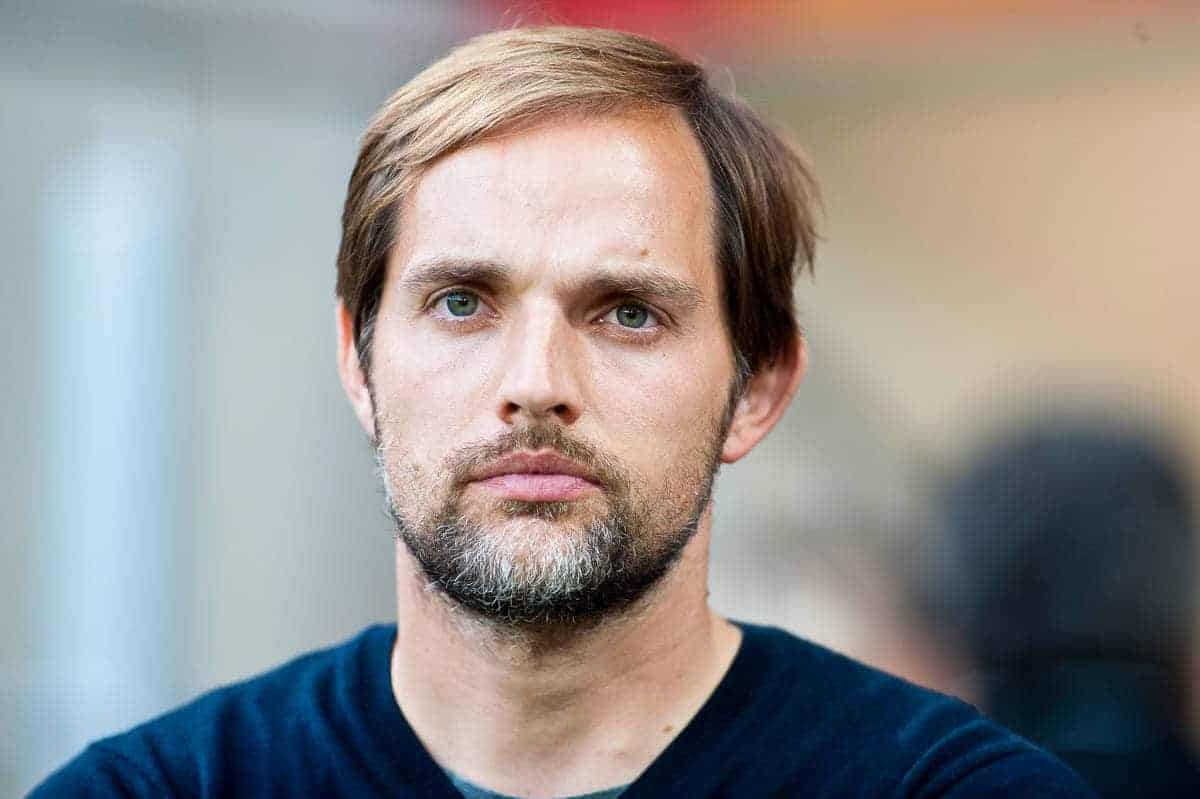 Paris St Germain boss Thomas Tuchel is relishing the challenge of Liverpool on Tuesday after his side saw off St Etienne in a 4-0 win to maintain their perfect start to the Ligue 1 season.

Brazil superstar Neymar and World Cup winner Kylian Mbappe watched from the stands as PSG provided perfect preparation for the Champions League opener at Anfield, but the result somewhat flattered the hosts after a shaky first 45 minutes.

St Etienne continued to threaten until Edinson Cavani converted a 51st-minute penalty for his third goal in three games before Angel Di Maria and Moussa Diaby’s first goal for the club wrapped up maximum points.

And Tuchel was impressed as he watched his side secure their fifth triumph in five league matches without his star duo.

The German head coach told the club’s official website: “I’m very happy with this victory, our sixth in a row since the start of the season.

“It’s important to several options when we play. Today we were without Neymar and Kylian and I’m happy to have used players that were here during the international break.

“It was a difficult first half and Saint-Etienne played very well. We lost too many easy balls and that gave our opponents solutions.

“In the second half, we attacked down the wings more and we found more space for Di Maria and Julian Draxler.

“It was a good rehearsal, good for the confidence ahead of Tuesday’s match in Anfield against Liverpool. It will be a big test for us, but we are confident.”