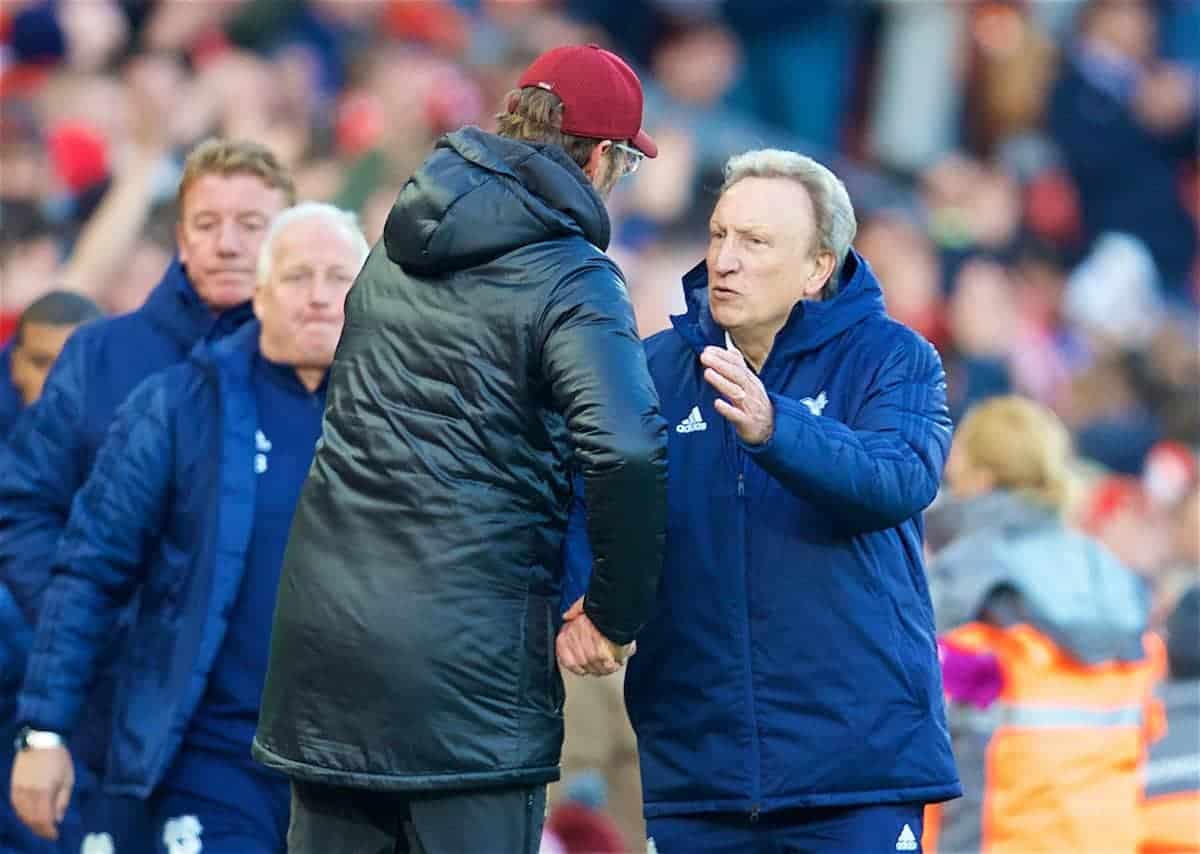 Cardiff City manager Neil Warnock has acknowledged the strides Liverpool have made with Jurgen Klopp in charge, calling them the “most improved team” in the country.

Warnock’s Bluebirds side fell to a resounding 4-1 defeat at Anfield on Saturday afternoon, but they didn’t disgrace themselves as much as some would have expected, particularly after going a goal behind early on.

Callum Paterson’s goal to make it 2-1 saw the home crowd grow anxious, before the Reds pulled away again thanks to Xherdan Shaqiri‘s first goal for the club and Sadio Mane‘s second of the day.

The win moved the Merseysiders to the top of the table, at least until Monday night when Man City face Tottenham, and it is clear that major progress is being made under Klopp.

Liverpool have dropped just four points in 10 Premier League matches this season and Cardiff were the first team to score a league goal at Anfield since February.

Speaking after the game, Warnock admitted he still believes Man City have the edge in the title race this season, but says Liverpool have improved more than anyone:

“Liverpool have got more of a chance in the Champions League if I’m honest.

“I just think Man City have got that little bit more week in, week out in the league.

“But I think Liverpool are the most improved team with the signings he (Klopp) has made. Heaven knows what’s going to happen if he signs another one or two for next season.

“They are back in the real big time now.” 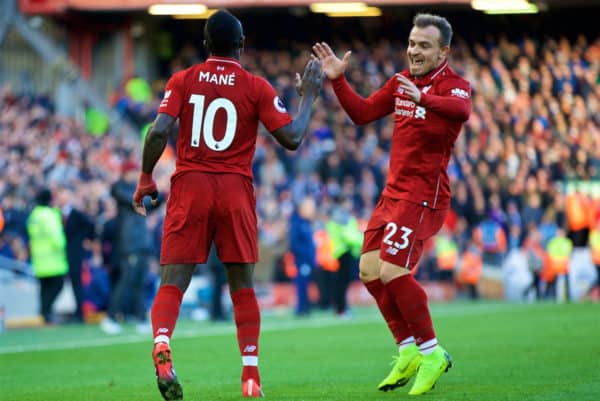 Warnock clearly thinks a lot of this Reds outfit, having lavished praise about the front three of Mane, Mohamed Salah and Roberto Firmino earlier this week, calling them “the best in the world” as an attacking unit.

He has witnessed firsthand what a nightmare Liverpool are to play against with Klopp at the helm – the fact they weren’t even at full tilt, yet won 4-1, can only be a good thing.

Cardiff remain favourites to be relegated back to the Championship this season, but they showed plenty of fight on Saturday and afterwards Klopp spoke of his “respect” for them:

“They are just a difficult opponent to play against, to be honest.

“I don’t think they don’t have a lot of clear results when they lost because they stay in the game, being 1-0 doesn’t change anything.

“When they scored to make it 2-1, we controlled it immediately again and we used the space. Usually you could get under pressure again, but we defended their throw-ins really well today, which is really difficult, especially the second balls.

“We did it well, but the goal they scored, they deserved it.”

Liverpool now have a week until their next fixture, away to Arsenal next Saturday evening.