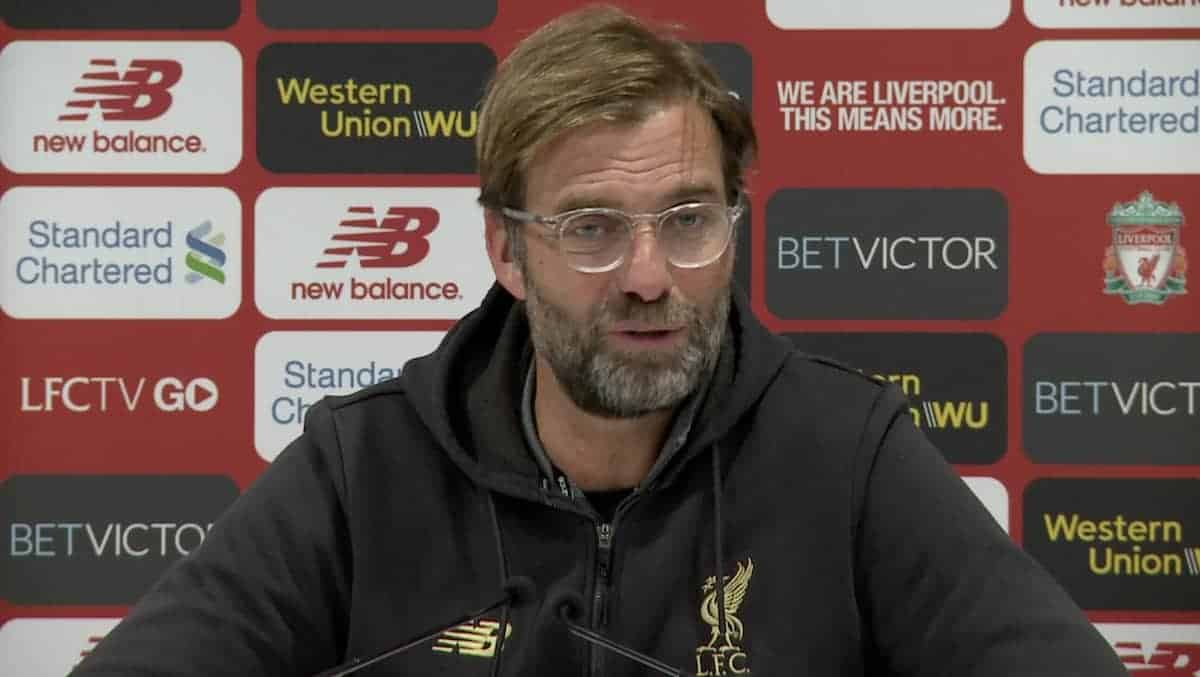 Jurgen Klopp was left pleasantly surprised as a late flurry ensured a comfortable 4-1 victory at home to Cardiff City in the Premier League on Saturday.

The Reds began with an early goal from Mohamed Salah, but the game soon devolved into a methodical, physical contest as the visitors fought back.

Sadio Mane doubled the lead in the second half, only for Callum Paterson to stab home an opportunistic effort and cast doubt over the result.

But Salah turned provider for both Mane and Xherdan Shaqiri late on to propel Liverpool to the top of the Premier League and send Klopp into his post-match press conference in good spirits.

“That’s really hard work, to be honest, and it makes it so difficult. For your most creative football you need fresh legs and fresh players.

“You cannot change the full team, because you need rhythm as well.”

The manager also praised Cardiff’s efforts, saying “I have a lot of respect for what Cardiff are doing, but it’s not so easy to play against!”

And after Shaqiri’s first goal for the club in another impressive cameo display, Klopp added that “bringing on that quality is a massive difference.”

Liverpool are next in action against Arsenal at the Emirates on November 3, and the hope will be that, with Man City to play Tottenham on Monday night, they will still be in pole position by then.