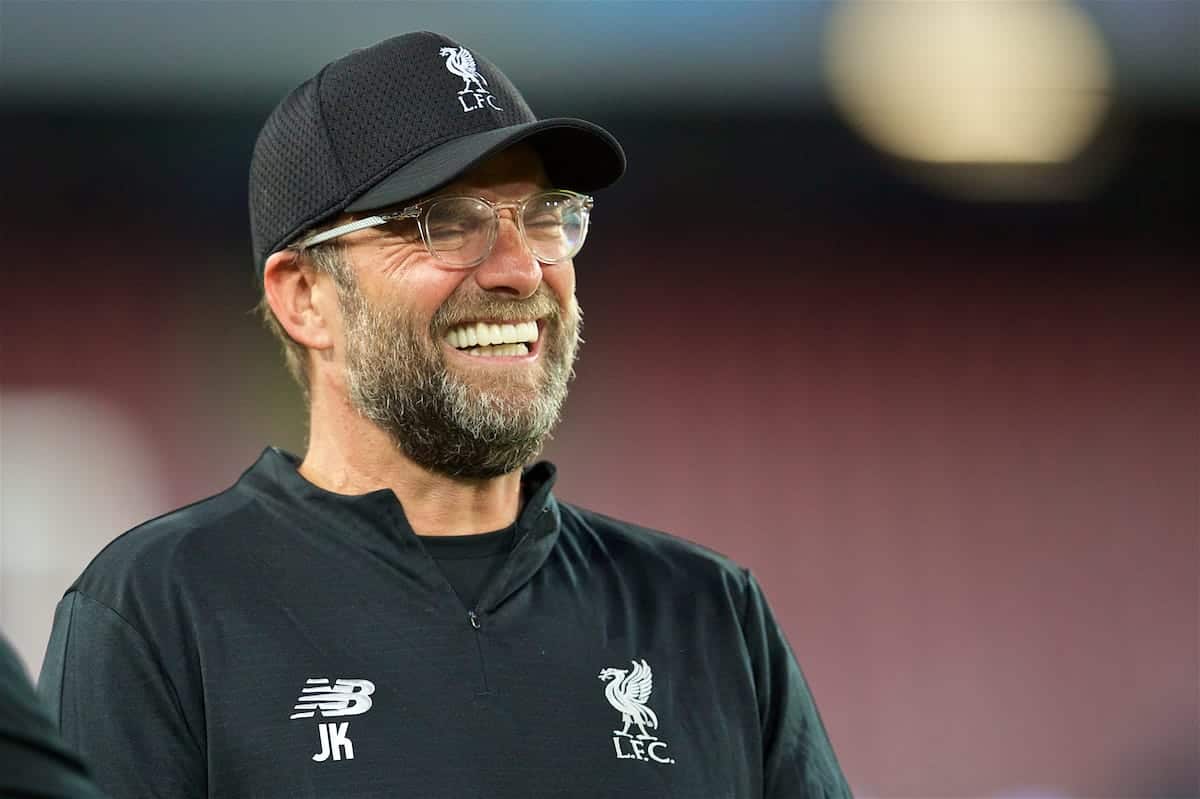 Jurgen Klopp has described Liverpool’s run of seven games in 23 days as “the toughest schedule I’ve ever heard about,” as he nows plans to make changes.

The Reds took on Tottenham, Paris Saint-Germain, Southampton, Chelsea (twice), Napoli and Man City in the space of just over three weeks after the September international break.

Rounding off that intense period with a 0-0 draw with City, Klopp’s squad departed to rejoin their national teams for qualifiers and friendlies across the globe.

Liverpool won just three of those seven games, with the final four proving particularly difficult as they managed to score just twice—both coming against Chelsea.

It could be argued that this was due to a lack of freshness in his selection, with Klopp largely sticking with the same side bar the League Cup loss to the Blues.

But now, with a trip to Huddersfield Town to come next in an easier spell on paper, the manager has told LiverpoolFC.com he is considering rotation.

“Now we have games where we will probably have more possession than we had in all the other games,” he explained.

“So we have to think about something different and can use the players a bit more, which we try to do of course, but it all depends who is fit and who is not fit.” 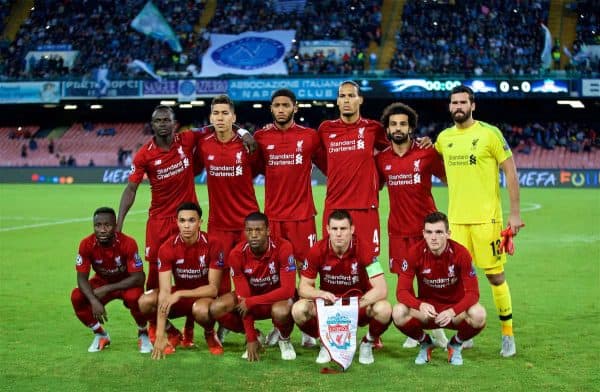 The manager detailed his approach before the stalemate against City, with consistency key as he opted for familiar faces in the pursuit of defensive structure.

Klopp elaborated on this further, but suggested the 1-0 defeat at Napoli earlier this month could prompt a reshape, with this solidity lost.

“The seven games we had between the last two international breaks were the toughest schedule I’ve ever heard about,” he claimed.

“All our new players are brilliant footballers, it’s fantastic. But they were still not settled because of when they came to the club and started with us.

“That needs time; I would love to change that but I can’t make it quicker. But at the end, we know they will be exactly on the same level of understanding for what we want to do as all the others.

“That made it so difficult to change a lot; not only one or two little injuries and stuff like that, it was actually that the team from last year was used to what we do in specific situations.

“It worked really well apart from Naples, that was really bad, especially that part of the game. That’s what made it so difficult.”

With Naby Keita expected to miss the next two weeks with a hamstring injury picked up on duty with Guinea, and Sadio Mane (hand) also a doubt, Klopp’s options are restricted.

But the likes of Fabinho, Xherdan Shaqiri and Daniel Sturridge will be eager to make their mark, along with the returning Adam Lallana.

Their first opportunity could come at the John Smith’s Stadium on Saturday evening, as Liverpool look to keep up the pace at the top of the Premier League.