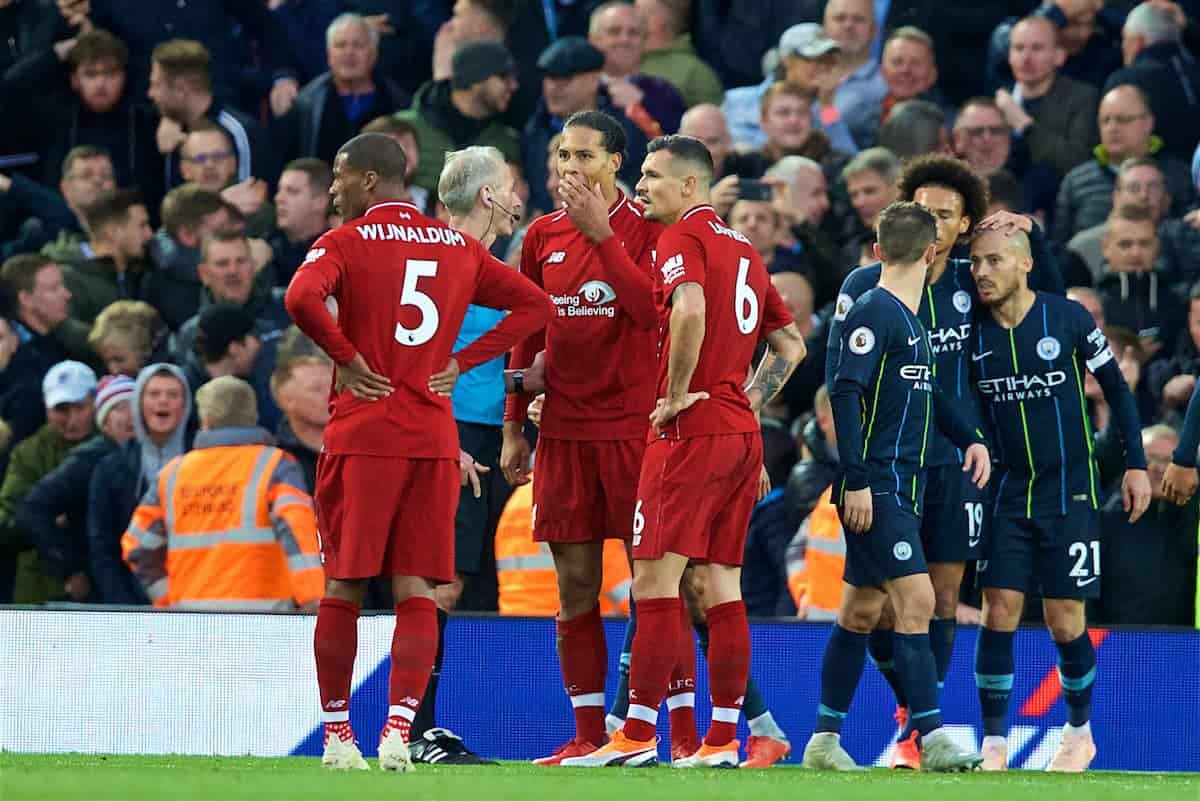 Liverpool started brightly but had to battle for a 0-0 draw at home to Man City on Sunday, so how did the media rate the players at Anfield?

A fast start gave hope after recent back-to-back defeats, but Liverpool seemed to lose energy as the match went on.

After a tough recent run this wasn’t entirely unexpected, and it became a tactical battle between two teams vying for the Premier League title this season.

A late missed penalty for City meant the Reds escaped defeat, on an afternoon where defenders on both sides came out on top.

Below we compare our player ratings with those of the Liverpool Echo, the Mirror, Sky Sports, ESPN, The Anfield Wrap, FotMob and our TIA readers. 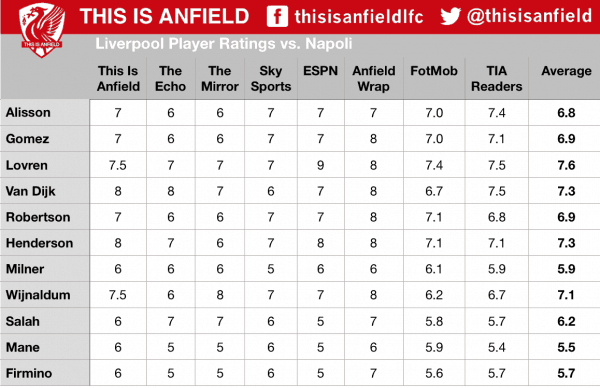 While defenders came out on top overall, there was a surprising amount of variance in the interpretation of some players’ performances.

Dejan Lovren was the top-rated individual across all platforms, scoring 7.6 on average, but he was also the only player to receive a nine out of 10 rating anywhere, thanks to ESPN’s David Usher.

TIA readers rated Lovren and partner Virgil van Dijk as the best performers, which might indicate the Croatian could remain in the lineup after his first league start.

At the other end of the scale, there were a smattering of five ratings for the forward trio of Mohamed Salah, Sadio Mane and Roberto Firmino—though Salah was generally seen as the best performer of the three, averaging 6.2.

Elsewhere, skipper Jordan Henderson put in a showing which impressed TIA’s Henry Jackson and The Anfield Wrap’s Ben Johnson, while others felt Gini Wijnaldum was the boss of the midfield zone.

With a two-week break now until the next match, it might be time for Jurgen Klopp to begin rotating after the international games.

A good performance against Man City, however, will doubtless ensure that a handful of these players keep their places.