Naby Keita will undergo a scan on his thigh when he returns to Liverpool from Kigali this week, with the Guinea midfielder optimistic over his fitness.

The 23-year-old had to be carried from the pitch after picking up an injury late on in the first half of Tuesday’s 1-1 draw with Rwanda.

This is claimed to be due to the absence of a stretcher, which would suggest Keita has suffered a more serious injury than Mohamed Salah (groin) and Sadio Mane (hand) earlier in the international break.

According to the Mirror‘s David Maddock, he has already been tested by the Guinea medical team, and is now on his way back to Liverpool for further scans.

Guinean journalist Sega Diallo took to Twitter after speaking to Keita on his way to the airport, having told him he “does not know if it is serious,” but “thinks it’s OK”:

Keita has already suffered two injuries during his short spell with Liverpool so far, with a neck problem seeing him miss a portion of pre-season and a back issue forcing him off against Napoli this month.

As with both Salah and Mane, the extent of Keita’s latest setback will remain unclear until he arrives back at Melwood.

But supporters will hope the results are similar to his fellow Africans, as the two forwards are expected to be back fit for Saturday’s trip to Huddersfield Town.

Virgil van Dijk was another early withdrawal from duty this month, but this had already been agreed between the club and Netherlands officials due to an ongoing rib problem. 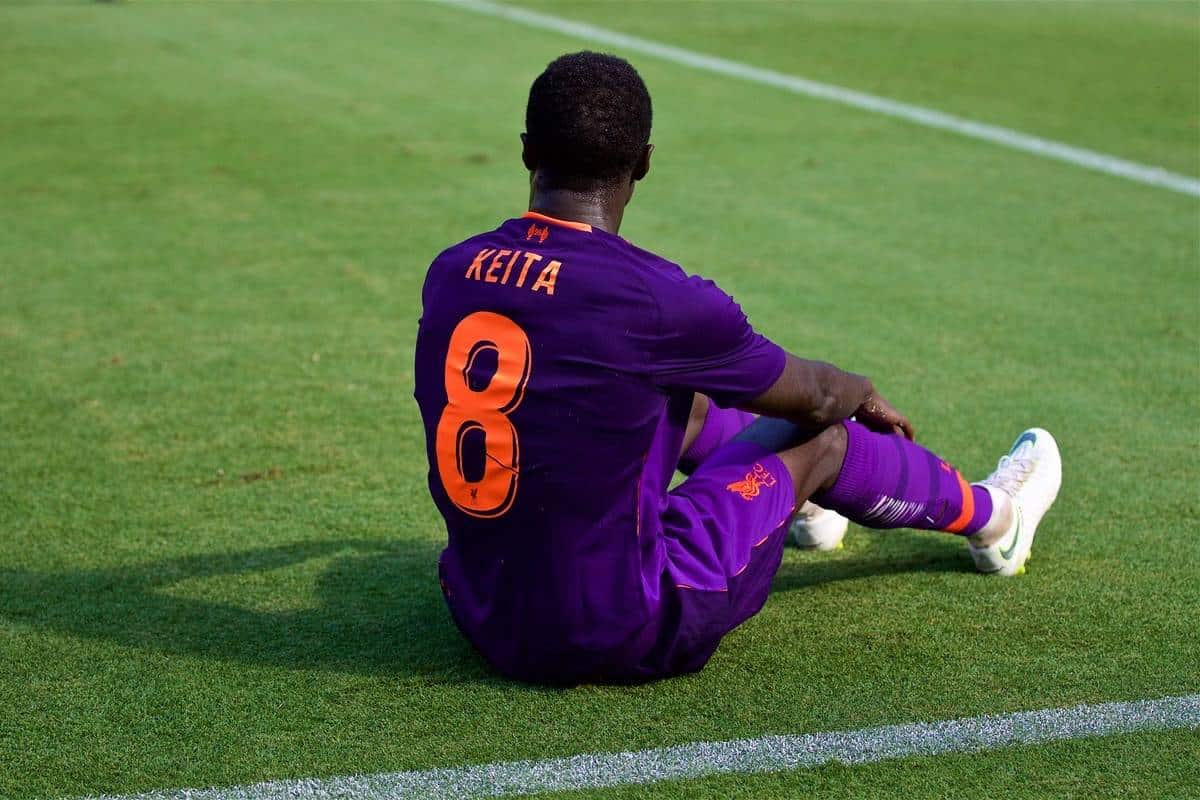 Regardless, Keita’s injury could be a big blow if he is to miss the weekend’s game, although James Milner has been tipped to make his comeback in West Yorkshire.

Another option, Fabinho, could be in action for Brazil on Tuesday night, when they take on Argentina in Saudi Arabia, in a 7pm kickoff (BST).