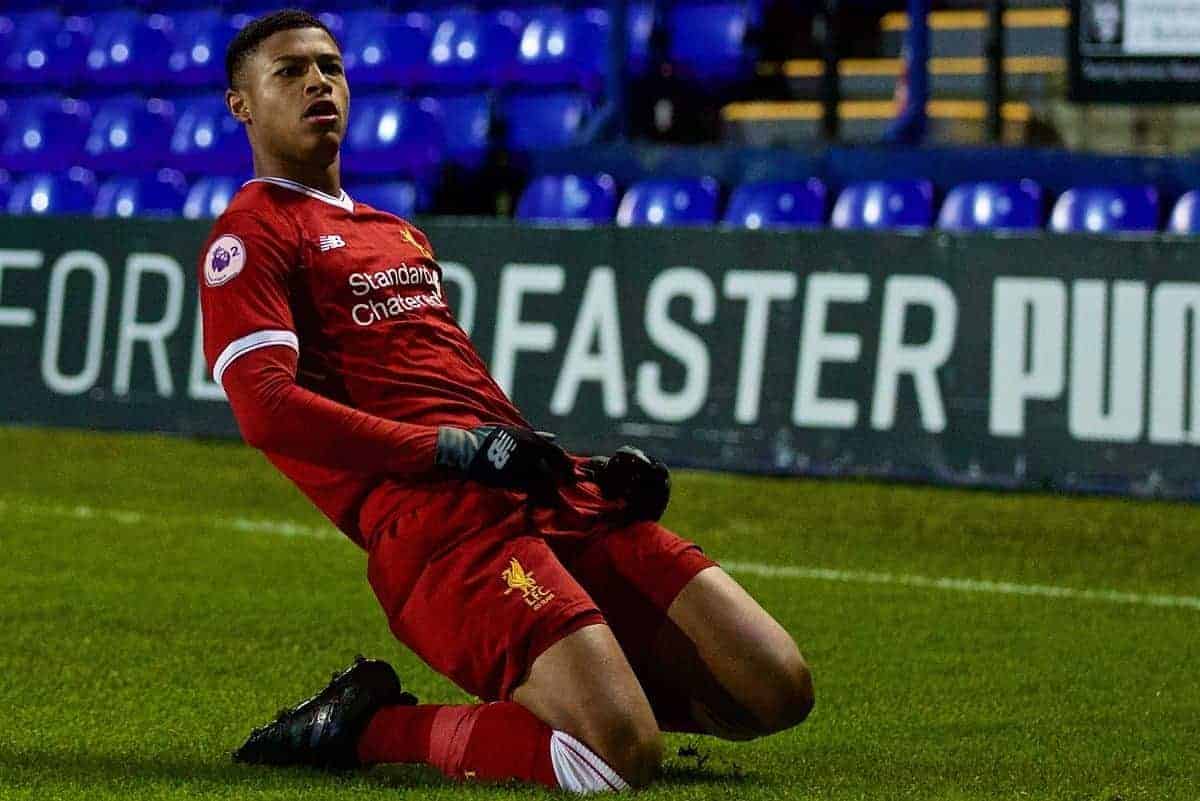 Young striker Rhian Brewster is back outside in training after eight months on the comeback trail and is hopeful of a full return in the near future.

It seems astonishing considering the amount of talk surrounding him, the summer transfer possibilities and the fact he’s considered a first-team squad player, but it’s true nonetheless: Brewster hasn’t actually made his debut yet for Liverpool.

The talented young forward is highly regarded by Jurgen Klopp, so much so that he was already training with the seniors last year, and is likely to be part of the senior set-up once he regains full fitness.

When he eventually gets around to making his debut, there’s no question it will be one of the most highly anticipated of any young hopeful in recent times.

There’s still more of the road to recovery to travel down, however, but Brewster is pleased with his work so far and told the Liverpool matchday programme that he’s on course for his expected return, due to be sometime around Christmas. 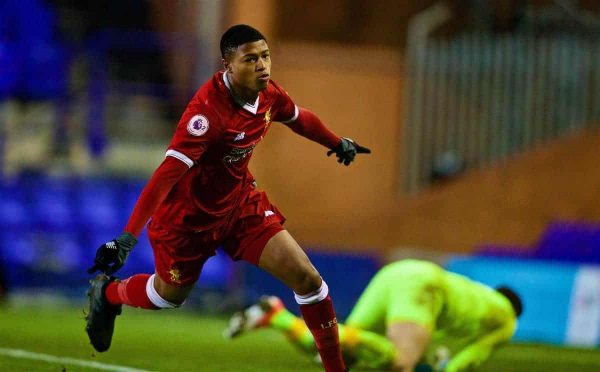 “I’ve started to progress on the running side of things. I haven’t had any setbacks at the moment and, touch wood, it stays the same because I can’t wait to get back and try to get on the bench or maybe feature in a game.

“Hopefully, when I’m back I will get a few opportunities and I’ll take them, but I’m very happy with what I’m doing at the moment so hopefully the injury doesn’t flare up again.

“Even if it does set me back a little bit I’ve just got to keep going. I will be back soon.

Brewster also spoke about learning every day off the likes of Roberto Firmino and Daniel Sturridge, and praised the latter’s impact this season after overcoming injury problems of his own.

Having signed a new deal in the summer to remain with the Reds long-term, Brewster switched squad numbers from 57 to 24, explaining that he couldn’t quite have the shirt he wanted—thanks to Andy Robertson! 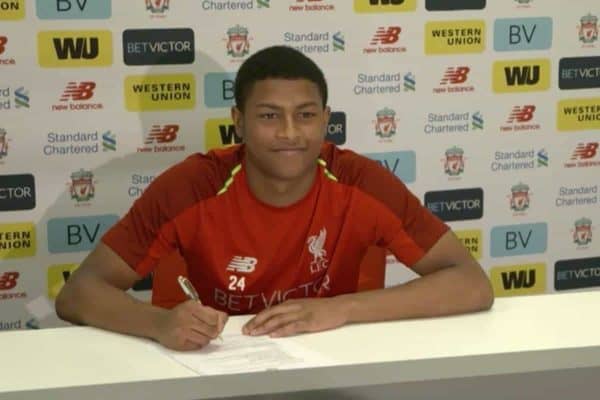 “I asked to change my number and they gave me the options of which numbers I could have.

“I wanted 26, to be honest, because that means something to me, but Robbo already has that shirt!

“So I went for 24 because it was one of the closest numbers available to it that I liked.”

When he’s back to full fitness, Brewster will have his work cut out to earn senior action. Aside from the aforementioned duo, Divock Origi and Dominic Solanke are both still at the club, waiting for their own chances.

Confidence and self-belief are clearly values Brewster holds, though, and he’ll surely get his first opportunity before long to show what he can offer the team over the long term.