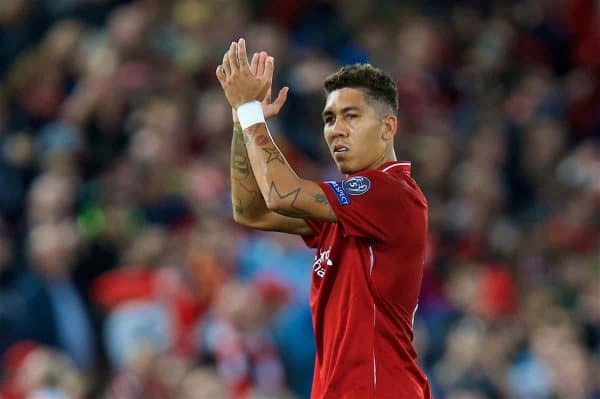 Liverpool take on Red Star Belgrade at Anfield tonight in the Champions League (8pm BST), looking for another victory. Here are all the key stats and facts.

Liverpool and Red Star have been drawn together in Europe once before—in the 1973/74 European Cup.

The Serbs won both legs 2-1 with Chris Lawler scoring both Reds goals in the tie. That first leg in Belgrade took place 45 years ago tonight.

That tie was Bill Shankly‘s last in Europe as Liverpool manager.

They have scored a total of five goals in those visits.

Back to Winning Ways?

Liverpool have not won two of their opening three group games in any of the last three European campaigns and in only two of the last eight.

They last picked up a minimum of six points from a first possible nine on offer in the Europa League in 2012/13.

The last time they won two of the first three in the Champions League was 2008/09.

Red Star played their first game in this season’s competition on July 11—four days before the World Cup final.

They have progressed through three qualifying rounds and a play-off.

They defeated Spartaks Jurmala (Latvia) 2-0 on aggregate and Sudova (Ukraine) by 5-0 over the two games.

Red Star then needed extra time to beat Spartak Trnava of Slovakia (3-2 on aggregate) before Red Bull Salzburg on away goals in the play-offs, recovering from two goals down to draw 2-2 thanks to goals in two second-half minutes from El Fardou Ben.

Ben has scored six goals in the four rounds they have played thus far and found the net at least once in every round.

Liverpool have lost one of the last 22 European games at Anfield and are unbeaten in the last 17 at home, winning 12 and drawing five.

In those 17 home fixtures only Porto have prevented the Reds from scoring.

The Reds last failed to score in successive European games in the 2015/16 Europa League campaign when they were held by goalless draws in away games at Sion and Augsburg.

Since then they have played 25 matches.

The Reds have kept 11 clean sheets in their last 14 home games in all competitions, conceding two goals in each of the other three.

Firmino Closing in on Rush

Roberto Firmino has played in every one of Liverpool’s 30 European games under Jurgen Klopp.

Firmino has 12 goals for Liverpool in the European Cup. Only Steven Gerrard (30) and Ian Rush (14) have scored more. Dirk Kuyt and Terry McDermott also have 12.

His last goal for Liverpool was the stoppage-time winner against Paris Saint-Germain at Anfield last month.

Daniel Sturridge has scored in each of his last three European starts, finding the net against PSG last month and Sevilla and Villarreal in 2016.

He also scored against Man United at Anfield to make it four goals in his last five starts in continental competition.

The referee for this match is 34 year-old German Daniel Siebert.