Xherdan Shaqiri says his squad role at Liverpool is “exactly what he expected,” having made just two starts from a possible 11 games since joining.

The Switzerland international made the £13.75 million move from Stoke City in the summer, as comfortably the most low-cost signing of the Reds’ summer.

Arriving alongside Alisson, Fabinho and Naby Keita, Shaqiri has so far struggled for starting opportunities, and is still waiting for his first full 90 minutes in the Premier League.

Having turned out for Basel, Bayern Munich and Inter Milan before his time with Stoke, the 27-year-old brings big-game pedigree to Anfield.

But speaking to Swiss newspaper Aargauer Zeitung last week, he insisted he is comfortable with his standing within Jurgen Klopp‘s squad, saying “there are still a lot of games to come.”

“You don’t have to keep me happy! The process has worked well for me so far,” he said.

“Sure, every professional wants to play. I do too, but there are still a lot of games to come.

“On top of that, you just need to look and acknowledge what has been done at Liverpool recently! A lot of people did a good job!

“That’s why everything hasn’t been turned upside down overnight. What is happening is exactly what I expected.

“I decided to move to Liverpool fully aware that I would have a harder time in a club of this standing than, for example, other clubs that tried to sign me.” 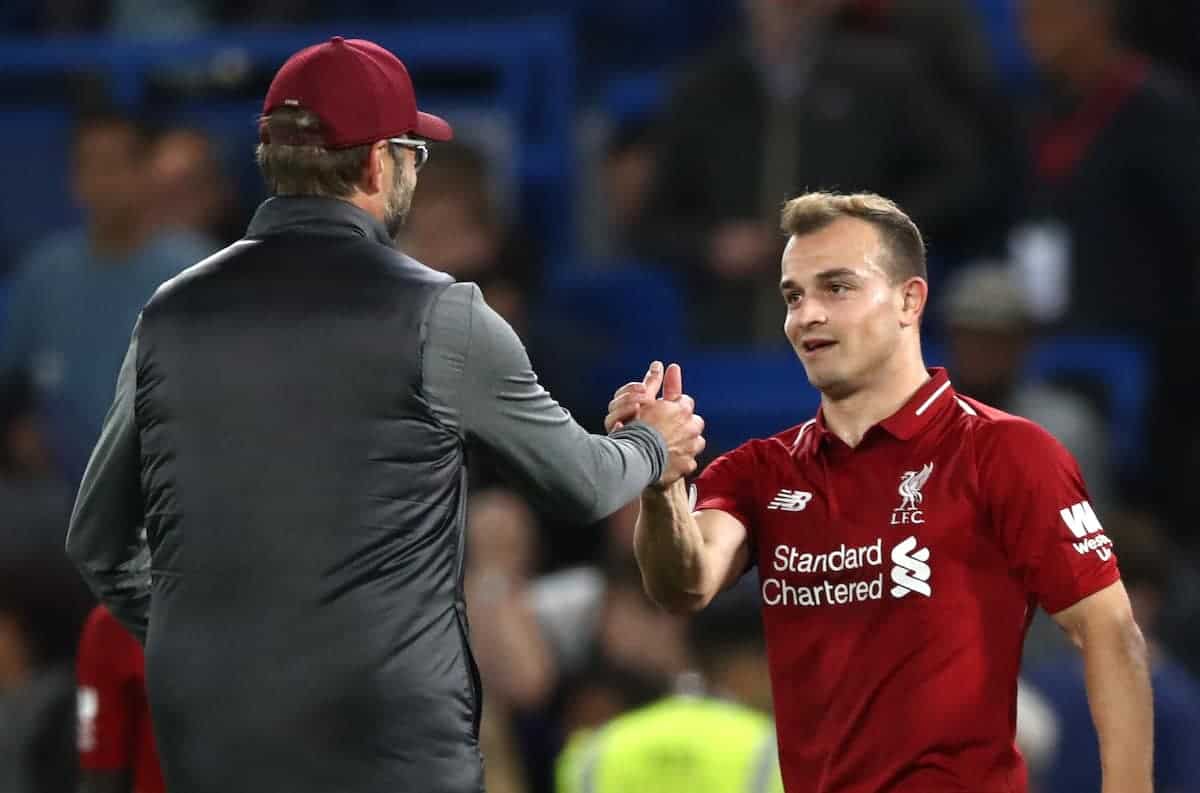 This is the perfect attitude to take, with Shaqiri clearly a highly valued member of the squad, but also one competing with the likes of Mohamed Salah and Sadio Mane.

His versatility—able to play all across the front line, including up front—can aid his prospects, though he stressed his favoured role for Switzerland is as the No. 10.

There, he made his first league start for Liverpool, and made a big impact in the final third against Southampton but was withdrawn at half-time as Klopp sought stability.

Shaqiri continued to explain how the manager told him he “fit into his system and the football he wanted to play,” and that for him “the change was perfect.”

“I want to win titles, that’s the nuts and bolts of football, and with this team the chances are great,” he added. 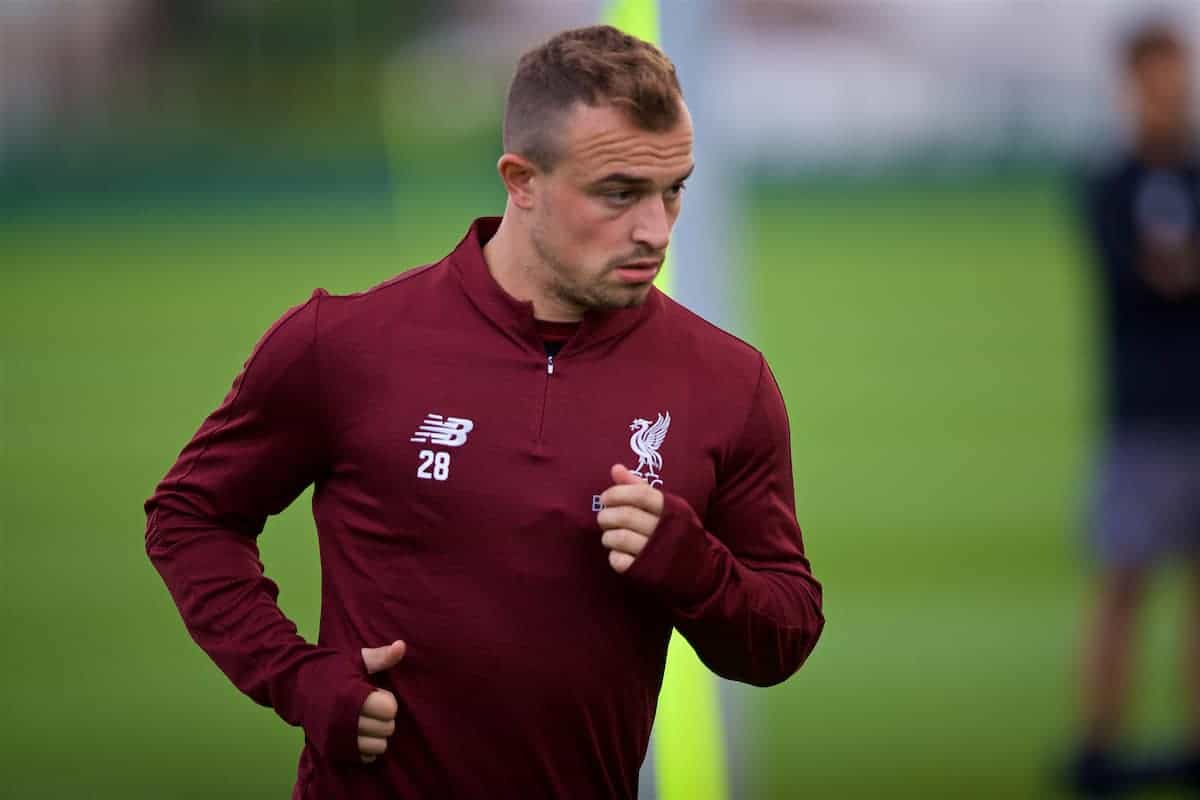 Interestingly, Shaqiri detailed his life off the pitch, staying in the same house in Manchester that he lived in during his time at Stoke—though he is now 40 minutes closer to his club.

But he is yet to get to grips with the city of Liverpool, because “the schedule is absolutely full.”

Therein lies the essence of Shaqiri’s approach: he’s returned to a big club, with a squad brimming with talent, and he simply needs to wait for his chance and then take it.