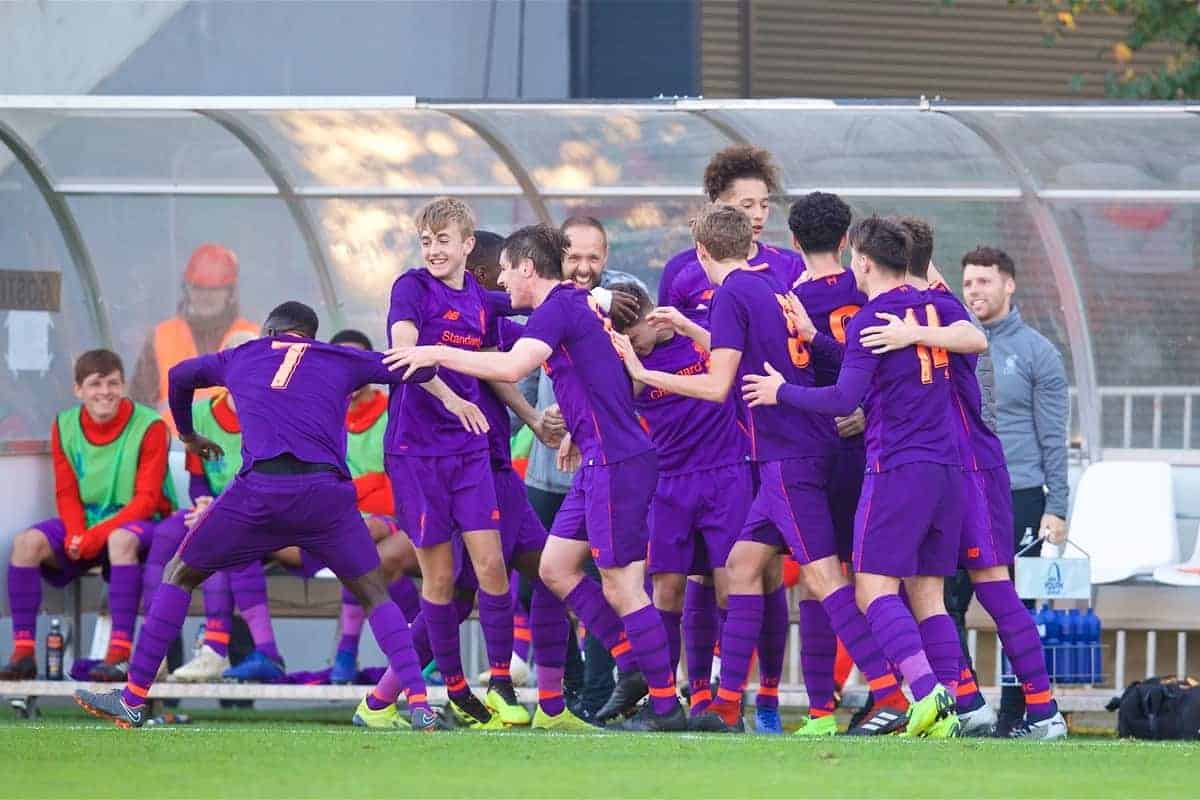 Liverpool’s U19s won 2-0 away to Red Star Belgrade U19s in the UEFA Youth League on Tuesday, effectively booking their place in the last 16.

Barry Lewtas‘ side needed a last-gasp winner to get the better of Red Star in Matchday 3, with Rhys Williams securing a dramatic 3-2 victory.

The young Reds were strong favourites to pick up another three points in Belgrade, adding to the seven already acquired from their opening three UEFA Youth League games.

Lewtas made two changes to the side that was victorious at St Helens’ Totally Wicked Stadium last month, with Liam Coyle and Bobby Duncan coming in for Leighton Clarkson and Paul Glatzel.

Adam Lewis and Curtis Jones, both tipped for future first-team roles at Anfield, started and played key roles in proceedings. 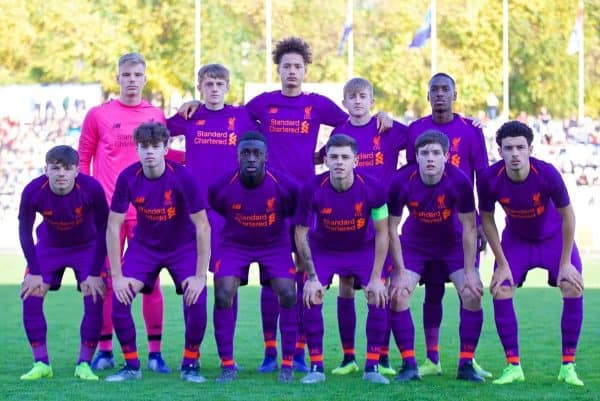 An interesting first half saw Liverpool start the stronger side, opening up their opponents at will but not quite finding the end product to go with it.

Right-back Neco Williams fired wide with a rash early strike but then came closer to opening the scoring soon after.

Jones tried his luck with a fizzing long-range effort which Milos Gordic tipped wide, and Rafa Camacho showed delightful footwork before being denied.

The Reds’ stranglehold on the first half start to loosen, however, with the hosts looking increasingly dangerous on the counter-attack.

Only some heroics from the excellent Vitezslav Jaros kept the scores level at half-time, with one point-blank stop to deny Njegos Kupusovic tipped onto the crossbar.

The second half started in a similar vein, with Red Star looking the most likely to break the deadlock, but this time it was Liverpool’s turn to ride the storm.

With 68 minutes on the clock, Bobby Adekanye’s cross was met by the head of Camacho, only for Gordic to keep his effort out wide.

Jones was waiting to fire home from the rebound, however, finishing with aplomb from close range.

From that point on Liverpool had control of matters, and a moment of individual magic soon doubled their lead. 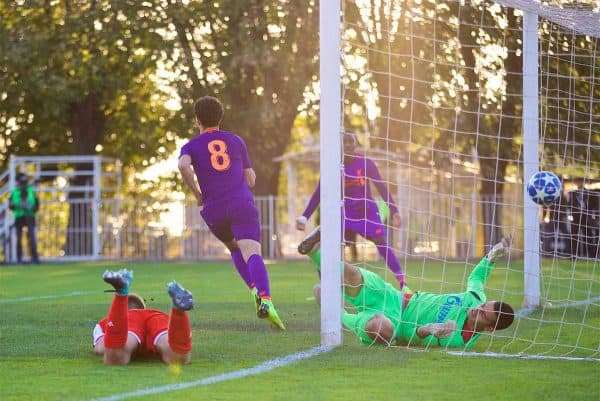 Lewis, tipped to replace Alberto Moreno as the Reds’ backup left-back next season, scored a sublime 30-yard free-kick, leading to joyous celebrations on the pitch.

Blessed with a wand of a left foot, Lewis has seen various attempts unluckily hit the woodwork in recent weeks, but this one was inch-perfect.

Red Star threatened sporadically, finding themselves offside numerous times, much to their dismay, but Liverpool held on in convincing fashion.

The win almost seals Liverpool’s place in the next round of the UEFA Youth League, having moved three points clear of PSG, who won 5-2 away to Napoli earlier in the day.

If they avoid defeat to the French side next time out they will progress to the last 16; if they lose, they could be faced with a play-off tie. 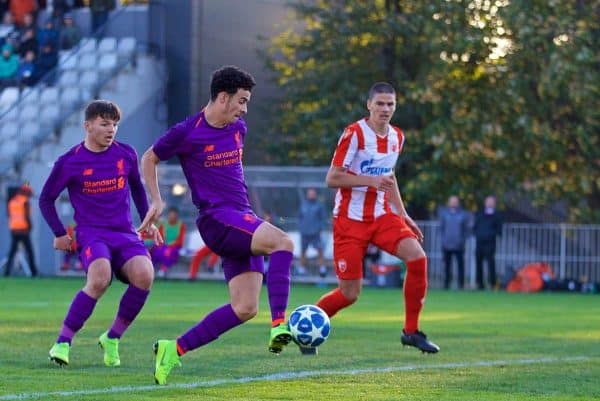