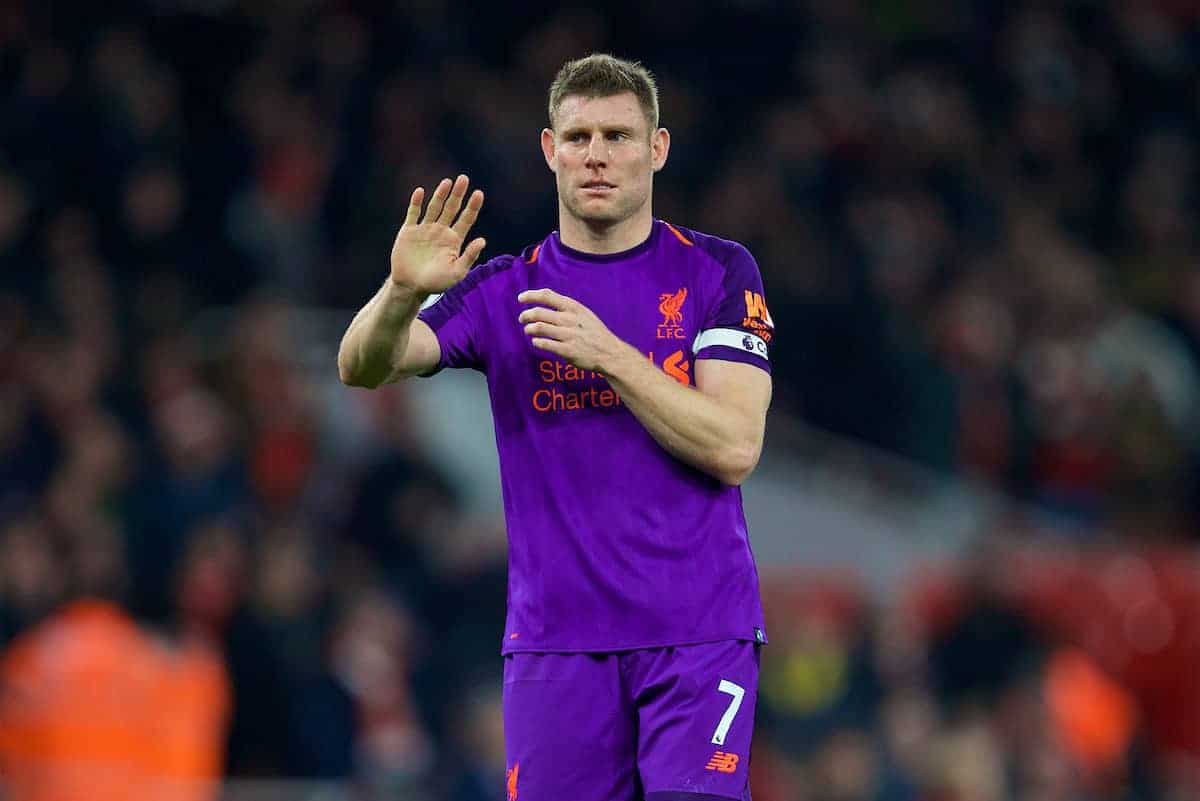 Liverpool were left “very disappointed” after Saturday’s 1-1 draw at Arsenal, with James Milner calling for a “more ruthless” edge ahead of their trip to Red Star.

The Reds face a difficult Champions League clash in Belgrade just three days after a hard-fought stalemate at the Emirates.

Jurgen Klopp reflected on an “intense” game in his post-match press conference, with little to separate the two sides, who had 12 and 13 shots on goal respectively.

It can be argued that Liverpool deserved the victory due to Sadio Mane‘s wrongly disallowed goal in the first half, along with a raft of missed opportunities for Virgil van Dijk.

Milner also compared this draw with the one played out at Chelsea in September, concluding that there are “things that we can learn”:

“[We are] very disappointed really, which is a good thing I suppose, playing away at Arsenal.

“To be 1-0 up in the second half and not see it out, we are disappointed; with the chances we created we should have scored a few more goals.

“It’s pleasing we are creating those chances, but we could have been a bit more ruthless and maybe not put as much pressure on ourselves not to concede to win the game.

“This draw is different to [the 1-1 at] Chelsea, for example, so there are ups and downs and things that we can learn.

“But you can see we are moving forward as a team and we are defending well together.

“Again, that’s another learning curve for us—to see those sorts of games out.” 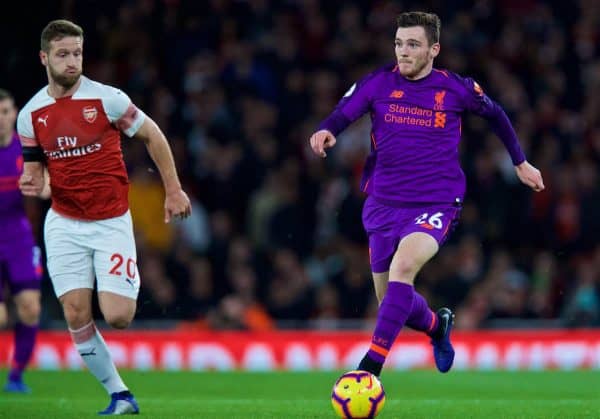 Andy Robertson was one of Klopp’s standout performers in north London, providing consistent support up the left flank and a host of fine deliveries from out wide.

Like Klopp, Milner and supporters alike, the Scot struggled to weigh up whether it was a point gained or two dropped in his post-match interview with LFCTV:

“If you look at last season, especially away from home against the so-called top six teams, we didn’t do well enough.

“The only point we picked up was here, 3-3, so we’ve kind of rectified that a bit in the games that we’ve played [so far this season].

“We are unbeaten against the top six so it’s positive but we could have quite easily won.

“Hopefully at the end of the season it will be a point gained—but just now it doesn’t feel like that.”

The left-back also rued how the Reds conceded “a poor goal from our point of view,” explaining how previously “this season we’ve been really good at holding on to leads.”

And taking to Instagram after the game, Robertson argued that Liverpool “had enough chances” to seal the victory:

Good game against a good side tonight! Disappointed not to get all 3 points, had enough chances to do so! Thank you for your support #YNWA

Milner echoed his sentiment, also pointing out that the squad felt they had “a perfectly good goal ruled out,” with the linesman flagging Mane for offside despite him being behind Roberto Firmino when the ball was played:

Disappointed not to see the game out… but we’re creating chances & had a perfectly good goal ruled out ?#anditsalwaysnicetoscore #stillunbeaten #wonkynose ?? #YNWA

Van Dijk was left “disappointed” having failed to score with three clear chances, including one that saw him hit the post with a glancing header:

Disappointed not to score and get the win in the end but we come away with a solid point away from home. Thanks to all of our travelling fans for the brilliant support as always. Time to focus again on the @championsleague now #weareliverpool ?

For Joe Gomez, Trent Alexander-Arnold and Gini Wijnaldum, the focus turns to Tuesday night’s visit to the Rajko Mitic Stadium, where they will seek another three points to top Group C:

Tough game tonight but disappointing not to come away with more than a point…on to champions league now. Thank you for your support #LFC? pic.twitter.com/q4AyqVnWIC

Tough afternoon at the Emirates, still unbeaten in the league. We go again on Tuesday ??? #YNWA

A good point away from home against a tough opponent. Now it's time to work hard for the Champions League game on Tuesday. #WeDontStop #WeMoetenDoor #Unbeaten #YNWA

There was certainly enough in Saturday’s performance to suggest that Liverpool will do so in midweek, but despite maintaining an unbeaten league start, the overriding feeling of disappointment is hard to ignore.