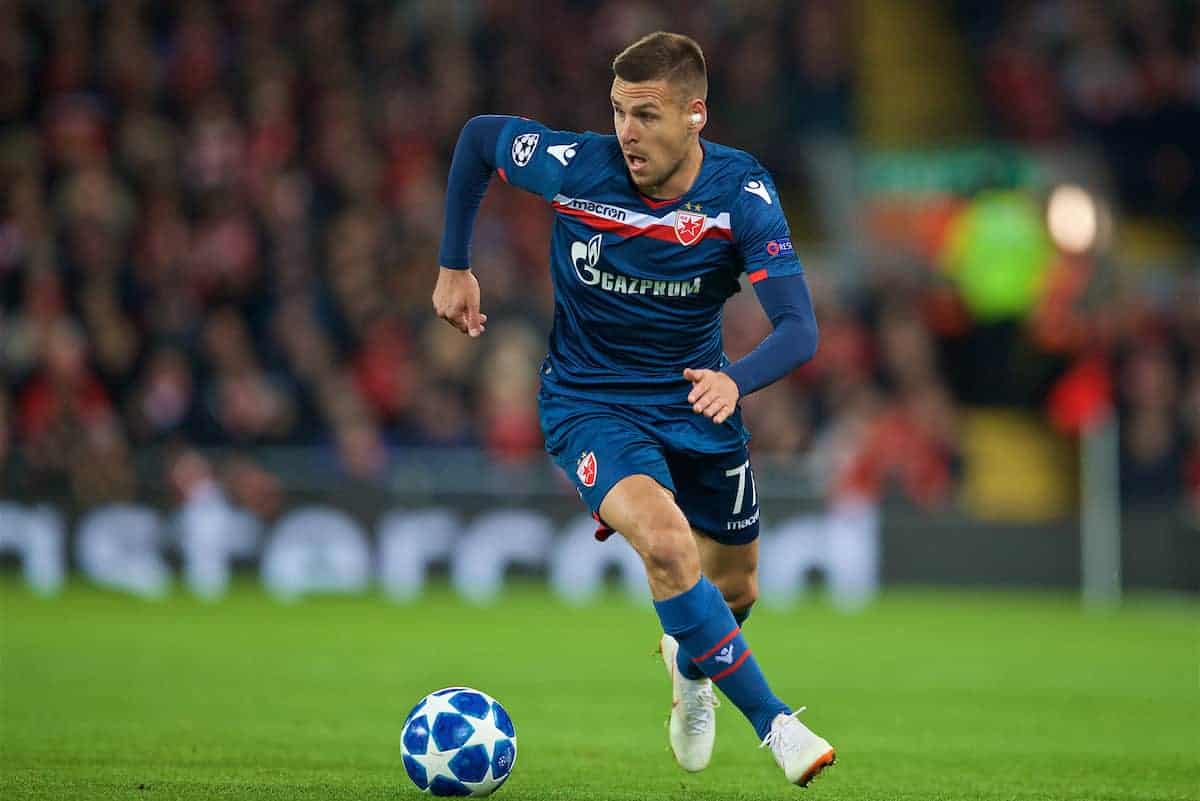 Liverpool’s opponents on Tuesday, Red Star Belgrade, kept up their unbeaten record in the Serbian SuperLiga on Saturday as they beat Proleter Novi Sad 2-0.

The Reds travel to Belgrade at the start of next week ahead of their fourth clash in Group C of the Champions League, away to Red Star.

Vladan Milojevic’s side have taken up duties as whipping boys of the group so far, losing two and drawing one in meetings with Napoli, Paris Saint-Germain and Liverpool.

They are firmly at the bottom of the table with one point from a possible nine, having scored just once and conceded 10 times, while the Reds hold their place at the top on six points.

On the domestic stage, however, Red Star are a much different proposition, holding a nine-point lead over second-placed Radnicki Nis having won 14 and drawn one in 15 SuperLiga games so far.

Their latest victory came away to newly promoted Proleter this weekend, in front of a modest crowd of 5,000 in Novi Sad.

Only five of the players to have started in the 4-0 defeat at Anfield last month were named in Milojevic’s starting lineup.

Those were right-back and captain Filip Stojkovic, midfielders Nenad Krsticic, Branko Jovicic and Lorenzo Ebecilio and forward El Fardou Ben, with the latter getting his name on the scoresheet.

Marko Marin was among those back in the side, with the former Chelsea man having missed the previous clash with Liverpool, providing Red Star with a lift. 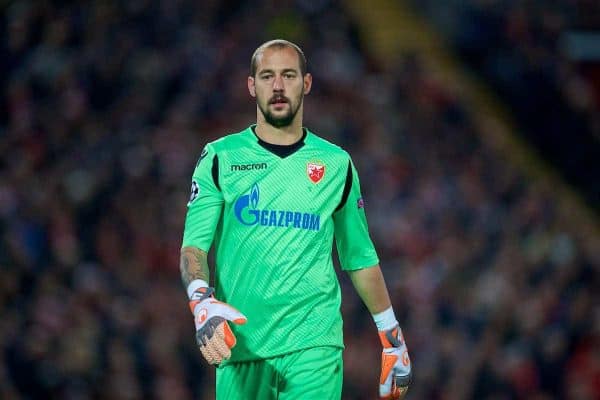 Joint-second top goalscorer Richmond Boakye was absent due to injury, while goalkeeper Milan Borjan was left out as a precaution.

In their official match report, Red Star bemoaned the condition of the pitch at the Karadorde Stadium, claiming it “simply isn’t up to SuperLiga level.”

Regardless, an own goal from Aleksandar Andrejevic and Ben’s 10th of the season ensured a comfortable win, and their third consecutive victory since losing on Merseyside.

This includes a 2-0 win at Macva Sabac and a 3-1 defeat of Backa, with Boakye’s stand-in, Milan Pavkov, netting in both.

Though the quality in the SuperLiga clearly pales in comparison to that of the Premier League and Liverpool in particularly, it surely won’t be a straightforward night for Jurgen Klopp‘s side on Tuesday.