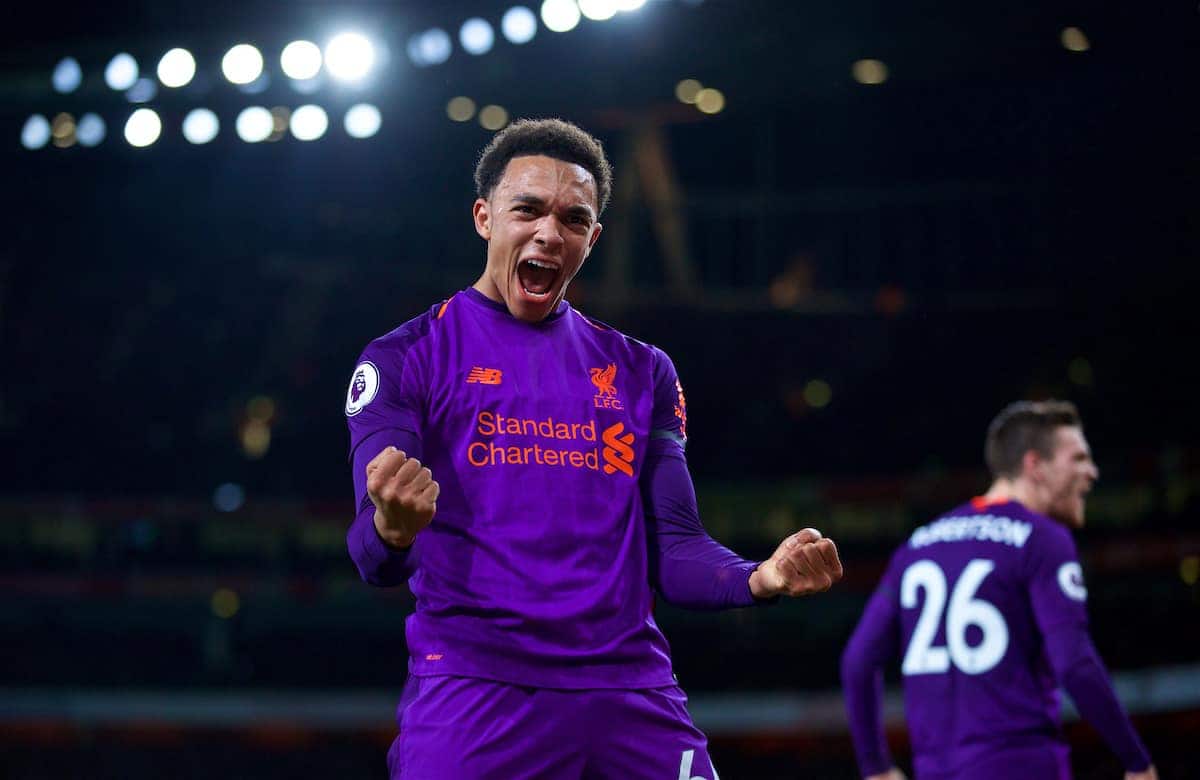 Trent Alexander-Arnold has been named among the final five in the shortlist for the European Golden Boy award for 2018, marking his incredible rise at Liverpool.

The 20-year-old debuted for the Reds back in October 2016, and just over two years later he has made 59 appearances for the club, becoming first-choice right-back.

During that time, Alexander-Arnold was handed his maiden England cap, and has gone on to feature five times for the Three Lions, scoring his first goal in the November international break.

He is widely considered one of the best young talents in world football, and this has been reflected in the voting for Tuttosport‘s European Golden Boy.

The Italian publication announced on Tuesday that Alexander-Arnold was among the final, five-man shortlist for this year’s award.

Only Alexander-Arnold and De Ligt can be considered first choice for their clubs this season, with both Kluivert, Cutrone and Vinicius Junior playing bit-part roles.

But De Ligt could be the favourite for the award, as captain of Ajax and one of the first names on the teamsheet for Netherlands manager Ronald Koeman.

However, the Reds’ No. 66 certainly has a strong chance of being named European Golden Boy, and if he does he would become the first Englishman to do so since Raheem Sterling in 2014.

Ben Woodburn and Herbie Kane were included in the 100-man longlist for this year’s award back in July, but were ultimately cut.