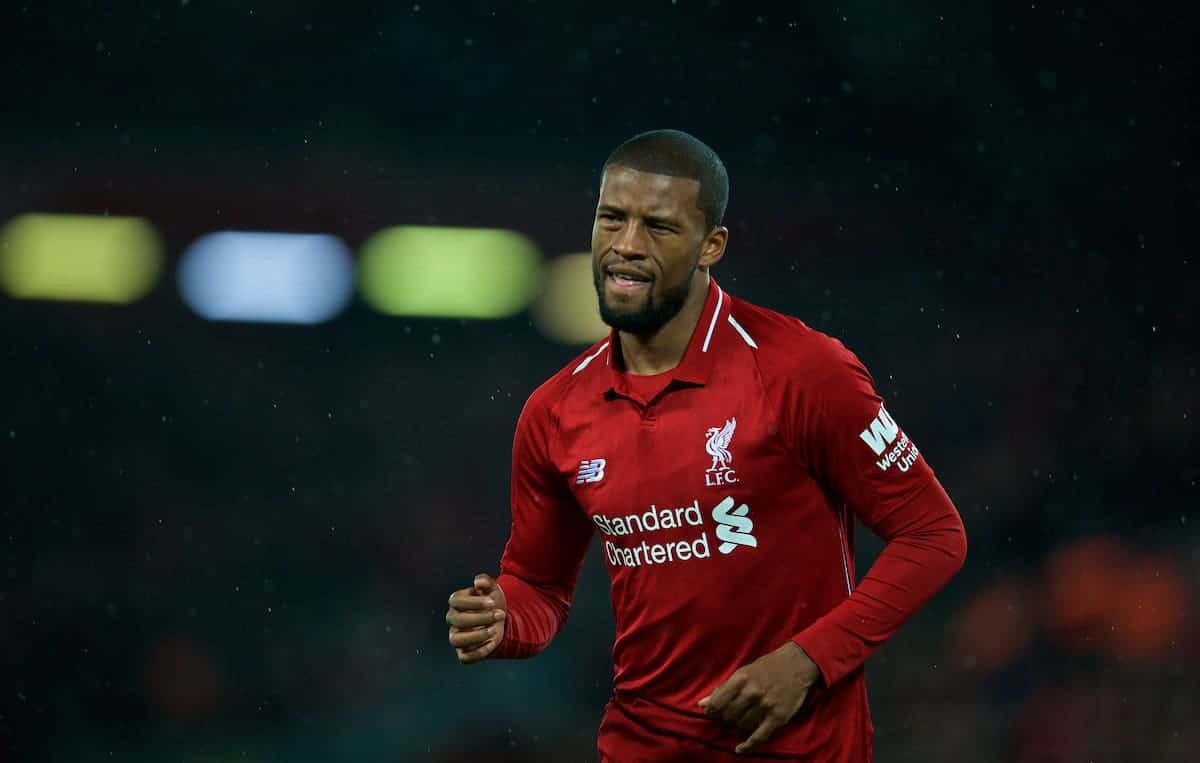 Liverpool midfielder Georginio Wijnaldum insists the players cannot afford to take their eyes off the ball for fear of attracting unwanted attention from Jurgen Klopp.

The Reds have a six-point lead over Tottenham at the top of the Premier League with main rivals Manchester City having slipped to third after back-to-back defeats.

During Boxing Day’s 4-0 win over Newcastle a roar rang around the ground late in the game when supporters became aware Pep Guardiola’s side were losing at Leicester but the players were oblivious until they returned to the dressing room.

After that game Klopp spoke of needing tunnel vision and Wijnaldum said the players were fully concentrated on what their jobs were and would not be distracted by what the chasing pack were up to.

“When we played Wolves away (the Friday before Christmas) a lot of the players didn’t even know against who City or Tottenham were playing,” said the Holland international.

“We were just focused on our own game and trying to get the most out of that one. That is why it goes so well.

“If you are maybe less focused than normal, then you have a manager in Jurgen who will tell you directly that there is no space for doing less or enjoying things too much. He says keep both feet on the ground.”

Klopp has been able to rotate his midfield without any adverse effect and their unbeaten start to the season – 16 wins and three draws – is testament to that.

Wijnaldum has been present more than most and while he has had to take his turn on the sidelines he believes keeping everyone fresh will be vital as the games start to tick down.

“Since I have been here we have been quite unlucky with injuries. It goes quite well with rotating,” he said ahead of the visit of Arsenal.

“Everyone is trying to do their best when they play. Until now it works and let’s hope it works until the end of the season.

“I think everybody wants to play every game, but you play so many games and the way we play with a high intensity sometimes you need a rest.

“It is the manager’s decision. Sometimes it is a decision you don’t like but he knows what is best for the team. Up to now it goes quite well.

“People get a rest when they need one and the level stays the same (on the pitch). I think that is due to a mixture of things: the coaching, the players’ professionalism in the way we work together and the way we help each other out. We got the results we needed.

“I am happy if he chooses me because like I said we all want to play but it is not possible to play every game because of the way we play with lots of running, high intensity, then you have to use the squad, especially around this part of the season.”